A University of Minnesota study finds people of color die at far higher rates in MN than whites; for one family, they say COVID has "robbed" them of loved ones. 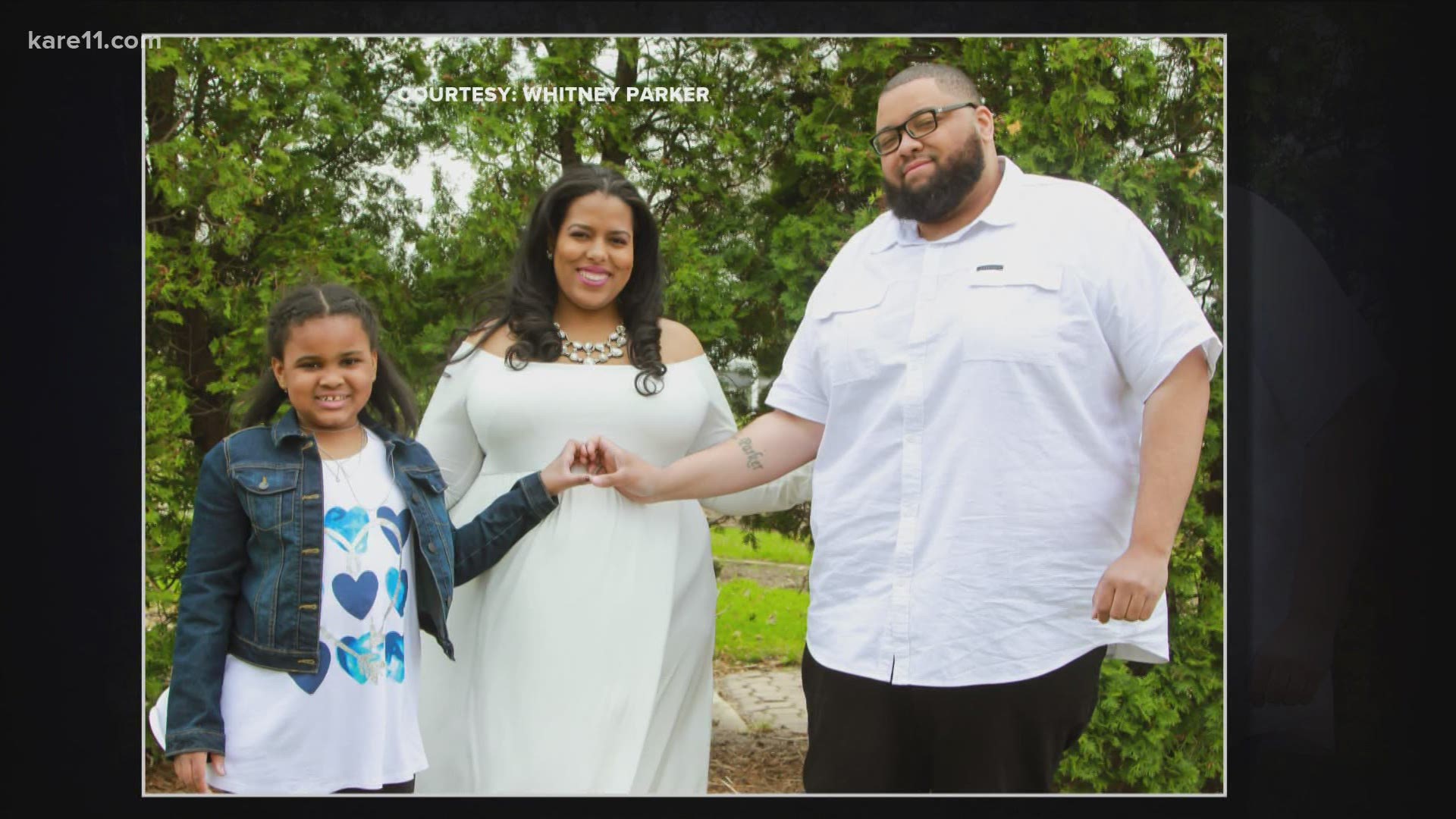 As COVID-19 ripped through Leslie Parker’s family during the early days of the pandemic, one of the first things his doctor told him when he was diagnosed was not to worry.

About two weeks later, her husband was dead, leaving his wife and two young children behind.

Credit: Whitney Parker
Whitney Parker says since her husband was young, doctors said not to worry. Weeks later he died.

He wasn’t the only COVID death in the family. Leslie’s cousin, Angelic Lloyd, died 10 days earlier from the virus on May 1.

She was just 44 – and had four children.

“You feel robbed,” Whitney said. “We didn’t expect COVID to hit our family the way it did.”

As COVID has taken the lives of nearly 6,000 Minnesotans, a new study shows that toll has been disproportionally greater for communities of color in Minnesota than previously thought.

Last month, an analysis by KARE 11 Investigates found that COVID-19 had passed cancer and heart disease to become the leading cause of death in Minnesota.

To dig deeper into the data, KARE 11 interviewed experts at the University of Minnesota.

“On the surface it looks like we’ve had a relatively equal pandemic experience,” said Elizabeth Wrigley-Field, an assistant sociology professor at the University of Minnesota and co-author of a recently published study.

Credit: KARE 11
Prof. Elizabeth Wrigley-Field says people of color are dying from COVID younger - and at a higher rate.

“What we found is that when you dig into it, that seeming equality is a mirage,” she said.

Raw numbers suggest that COVID death rates for people of color in Minnesota have been slightly lower than for whites. The state’s population is about 80% white, while whites account for roughly 82% of virus deaths.

However, U of M researchers say that raw data fails to account for another significant factor – the age of patients.

The white population in Minnesota is, on average, 15 years older than minorities, and many of Minnesota’s COVID deaths happened during outbreaks at long term care facilities where more residents tend to be white.

When adjusted for age, Prof. Wrigley-Field says people of color – Blacks, Hispanics and Indigenous people – are about two-and-a-half to three times more likely to die from COVID in Minnesota.

“At every age group, people of color are more likely than white people to die (of COVID),” she said.

That’s not a surprise, said Rachel Hardeman, a professor of health and inequality at the University of Minnesota.

COVID has exacerbated health care disparities that have been prevalent for people of color for generations, she said.

Minnesota’s minority populations have higher poverty rates, which leads to higher odds of having chronic diseases, yet less access to health care.

People of color are also disproportionally exposed to COVID because they tend to work jobs that cannot be done from home, Hardeman said.

“Overall, we appear to be this incredibly healthy and thriving state,” Hardeman said. “But when you start to peel back the layers and look at things by race, we see that that is not actually the reality for people of color in our state.”

Several months after his death, Whitney Parker returned to the Maple Grove park where she held her husband’s memorial. She wears a necklace with his ashes.

She says her husband did computer work for the Osseo school district, inspiring him to go back to school to get his teaching license so that children of color at the school could have someone who looked like them.

When Whitney took Leslie to the hospital in April, it would be the last time she saw him awake in person.

“I had never heard my husband cry. And he’s just like, ‘I keep praying, I keep asking God to help me, and I don’t know if he hears me. I just don’t feel well, and I’m very scared,'” she said. “That was the last time I talked to him.”

“That night they put him on a ventilator,” she said.

“She was always super happy. She would make you smile,” said Tori Lloyd Cooley, Angelic’s 17-year-old daughter. “I miss her every day.”

In all, six members of their extended family would get COVID during the early days of the pandemic, even though they say they were all keeping their distance from each other.

Four family members were hospitalized. Two died – and one spent months in the hospital before getting out last month.

Whitney says she’s in survival mode now, trying to take care her children, a toddler and a 9-year-old.

Her message to all Minnesotans: “I just really want people to take it seriously.”

“Thinking about what we’ve lost,” she said, “It’s not worth it. It’s really not.”