A Minnesota veteran's unexplained death is now shining a light on how a brain disease best known for impacting football players threatens soldiers. 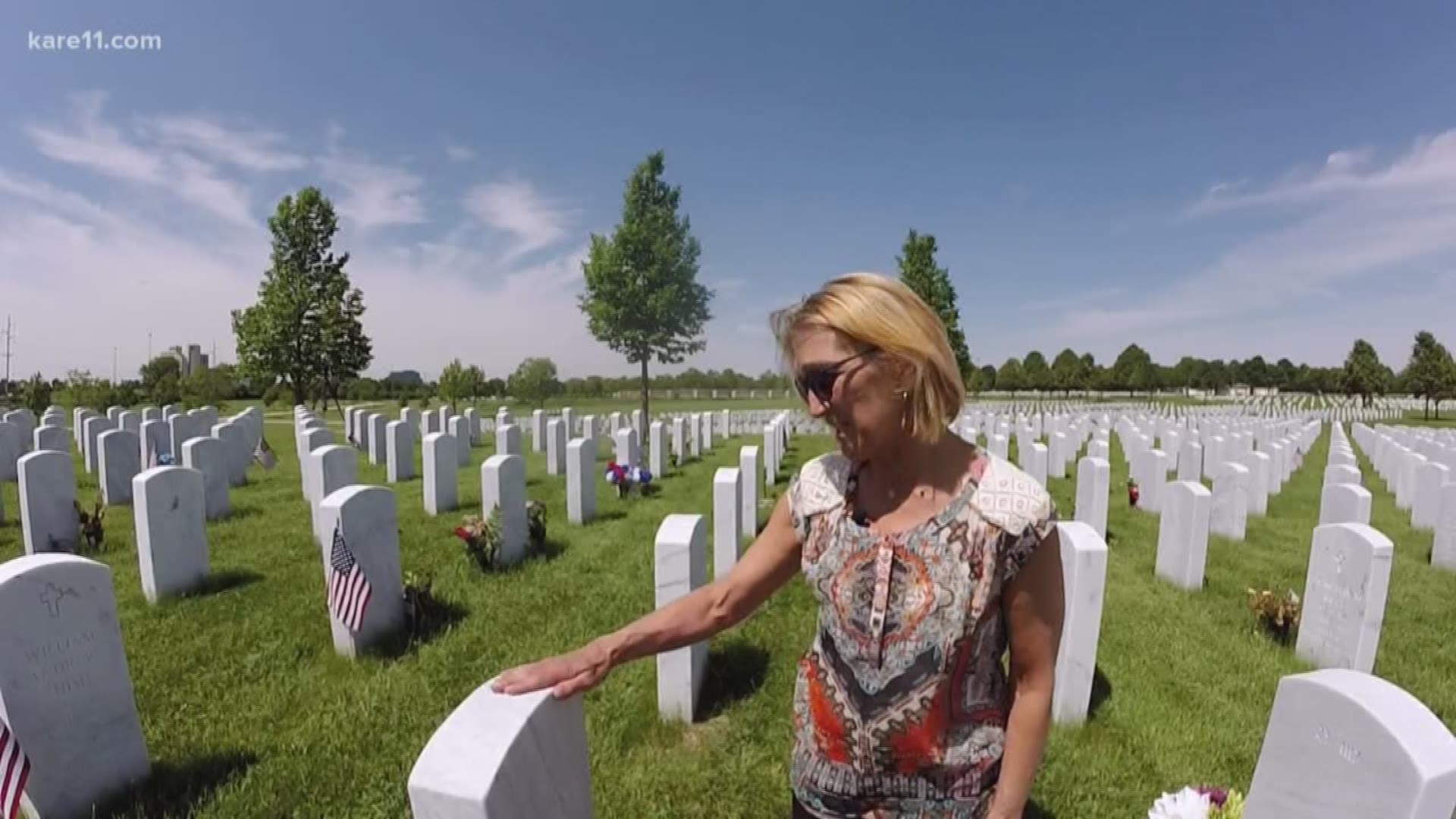 “It makes my heart race every time I come here,” Joy Kieffer said as she knelt beside the white slab of marble with her son’s name on it.

Sgt. Kevin Ash is buried at Fort Snelling National Cemetery. What caused his death in 2017, ten days shy of his 35th birthday, was at the time a mystery.

“I always tell him I love him,” Kieffer said fighting back tears. “And I’m so sorry that I didn’t know.”

Kevin Ash grew up in Owatonna, Minn. and enlisted in the Army Reserves at the age of 18. He was deployed three times. While stationed in Iraq, his military records show he was within 30 yards of 12 IED blasts.

He managed to survive without a scratch. But his mother says he returned home in 2012 a different man.

“He changed,” his mother recalls. “He changed a lot!”

The once sensitive and thoughtful young man became explosive. “His temper was outrageous, and his behavior was bad,” Kieffer says of her son.

Ash complained of blackouts and began withdrawing from family and friends. The Minneapolis VA diagnosed him with PTSD, anxiety, and depression.

Despite his close proximity to dozens of combat blasts, he was told he did not have a traumatic brain injury (TBI).

“They never would diagnose that,” Kieffer said.

In the fall of 2013, Kevin took a dramatic turn for the worse. While playing rugby, he collapsed after what witnesses describe as a routine tackle. He was in a coma for a month.

Over the next three years Ash was unable to care for himself as he battled cognitive dysfunction, memory loss, even blindness.

He struggled to speak, walk or even eat on his own.

He ultimately passed away in hospice care at the Minneapolis VA.

Sgt. Kevin Ash’s service to his country was, however, not over.

Joy wanted answers about her son’s decline and death that doctors could not seem to give. Her personal research led to her to the VA-Boston University-Concussion Legacy Foundation Brain Bank.

Researchers at the center have been leading the charge in documenting serious brain injury and disease in football players such as former New England Patriots tight end Aaron Hernandez.

Acting on what she calls a desperate hunch, Joy wondered if her son might also have the degenerative brain disease known as Chronic Traumatic Encephalopathy or more commonly - CTE.

So, Joy donated her son’s brain to the Boston researchers. Before long, they called her with their findings.

That finding is significant because it could impact thousands of other says Dr. Lee Goldstein, Director of Boston University’s Neurotrauma Laboratory.

“The numbers of these military service men and women who’ve had these exposures are staggeringly large,” Goldstein said. “This is not a small problem!”

Dr. Goldstein explains that exposure to blasts cause a ricochet of the brain -- a tremendous whiplash of sorts inside the skull. He says one blast exposure can do the equivalent damage of years of big hits suffered by football players.

Based on research so far, Goldstein says he fears the risks for service members of developing CTE may be even higher if they’ve been subjected to repeated explosive blasts in a short period of time.

Dr. Goldstein says in the same way football has taken steps to limit blows to players' heads, Kevin Ash’s case clearly shows the military needs to better track and limit a soldier’s repeated exposure to blasts. Even if it means pulling a healthy looking soldier out of the field.

“What does Sgt. Ash’s case mean for the rest of the veteran community,” investigative reporter A.J. Lagoe asked Dr. Goldstein?

“What this case in particular is bringing to light is this is real,” Goldstein replied. “It has real consequences and we need to take this issue very seriously because otherwise people get worse and they die.”

It’s the knowledge that Kevin’s final act of service could provide information that saves other soldiers, that has his mom Joy vowing to tell his story to all who’ll listen.

“He always was the one to lead the way,” she said. “So, he has one more chance to do that.”

Joy wants her son’s legacy of service to live on through the search for accurate diagnostic tests for CTE in living patients and effective treatments.

She has partnered with the Concussion Legacy Foundation to share Kevin’s story to raise awareness of the symptoms of CTE to other veterans and their families.

For CTE related resources and to learn about the call for more veterans to donate their brains to CTE research click here: https://concussionfoundation.org/CTE-resources/brain-donation-registry 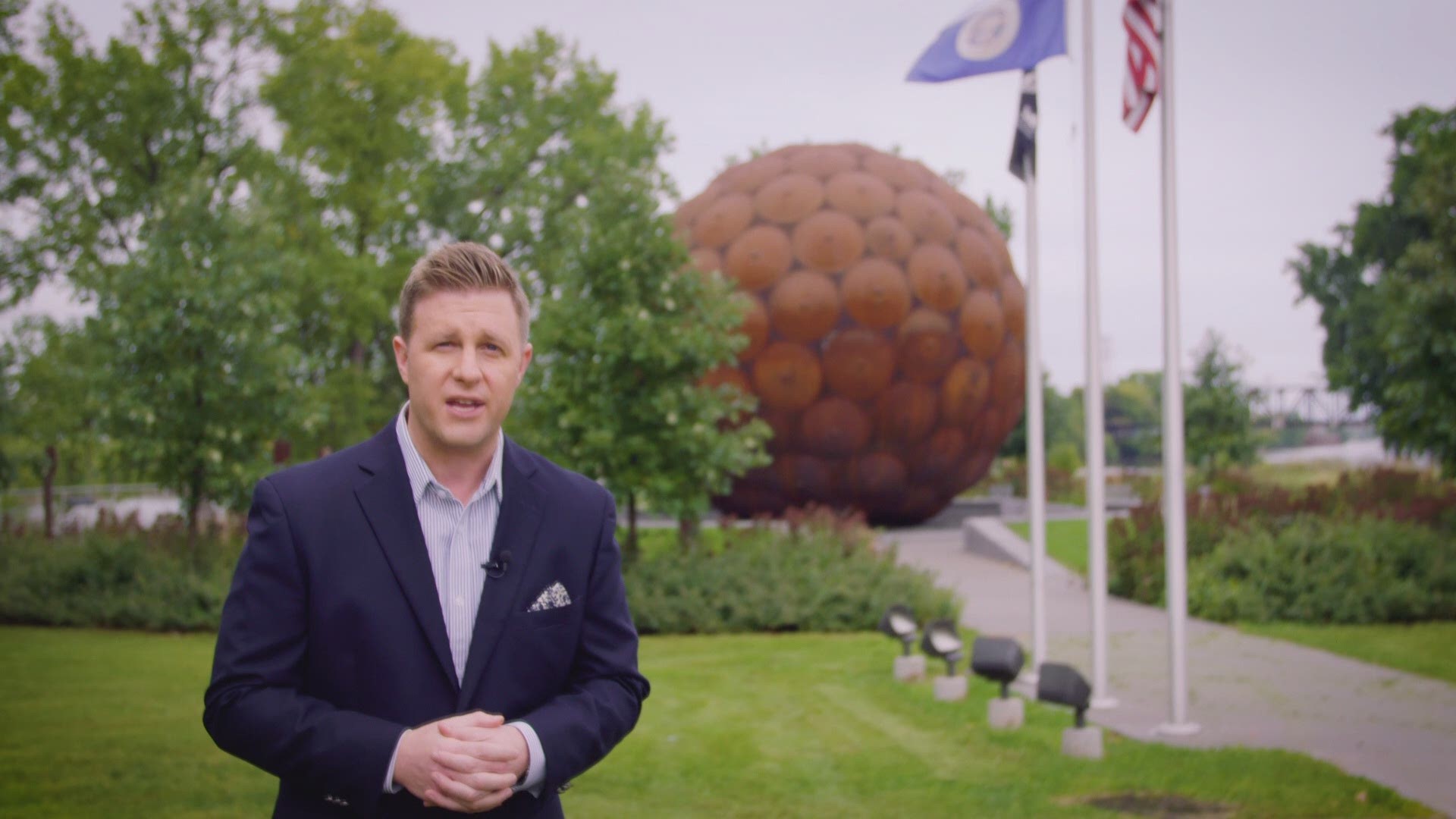