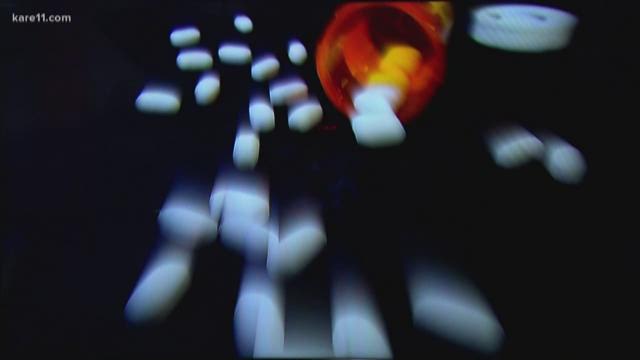 GOLDEN VALLEY, Minn. - A system that helps patients cover the skyrocketing cost of their prescription medications also helps pharmaceutical companies drive up prices and profits, according to experts interviewed by KARE 11 Investigates.

Patient Assistance Programs and similar copay coupons are a lifeline for people who need expensive medications and have high deductible insurance plans.

But critics contend the very programs meant to help people save money are also helping drug companies make money. What’s more, they argue the programs raise insurance costs for everyone while helping only a few.

Bobbie Anderson of Minneapolis takes a full regimen of drugs to treat her multiple myeloma, a blood cancer. The powerful chemotherapy drug Revlimid keeps her alive, but she says it costs roughly $13,000 per month.

The powerful chemotherapy drug Revlimid keeps Bobbie Anderson of Minneapolis&nbsp;alive, but she says it costs roughly $13,000 per month. Bobbie and her husband pay $650 per month for their share. (KARE)

Insurance covers most of the cost, but Bobbie is still left with a copay of $650 each month, more than she can afford. “If this drug was unavailable to me, it takes days off my life,” she told KARE 11.

So, Bobbie turned to patient assistance programs for help. Those programs are run through nonprofits and often funded by the drug companies. They help patients with certain conditions cover their out-of-pocket costs for expensive prescription drugs.

Bobbie says without that help her health would suffer. But she found out first-hand how the cozy relationship between the assistance programs and drug companies can leave patients in a bind.

An expert in pharmaceutical pricing at the University of Minnesota says helping patients isn’t the only goal of the copay assistance programs.

U of M Professor Stephen Schondelmeyerif says if a drug company donation helps you cover your copay, they can collect much more from your insurance. &ldquo;It&rsquo;s sort of a way of playing a game between the drug companies and the insurance companies.&quot; (KARE)

Schondelmeyer says it’s basic economics. For example, if a drug company donation helps you cover your copay, they can collect much more from your insurance. “It’s sort of a way of playing a game between the drug companies and the insurance companies,” he explained.

By reducing the direct out-of-pocket cost to individual patients, he says drug companies lessen consumer outrage over higher prescription prices. But, in the end, those sky-high prices are passed along in the form of higher insurance costs.

“Is it fair to say it raises premium costs for everyone?” KARE 11 asked.

“Absolutely it does,” Schondelmeyer said.

In 2014, the Inspector General for the Federal Department of Health and Human Services found that copay coupons violate the government's “anti-kickback” statute.

In 2014, the Inspector General for the Federal Department of Health and Human Services found that copay coupons violate the governments &ldquo;anti-kickback&rdquo; statute.

The Inspector General wrote: “The availability of a coupon may cause physicians and beneficiaries to choose an expensive brand-name drug when a less expensive and equally effective generic or other alternative is available.”

Patient assistance programs are not banned, however. That’s because, unlike coupons offered directly by drug companies, they are run by nonprofit organizations – even though critics argue many nonprofits are dependent on pharmaceutical companies for donations.

Until recently, cancer patient Bobbie Anderson says she hadn’t given that relationship much thought.

“It’s a love-hate situation,” Bobbie said. “How this whole system is set up. It’s wrong and it bothers me.”

Last fall she received a letter saying the nonprofit copay assistance program she was using had suddenly run out of money.

Other copay programs for her disease were out of money too. She says none had a real explanation why.

But David Mitchell, a cancer patient who now runs a group called Patients for Affordable Drugs, says there is a simple reason – drug company price hikes.

“Last year, after Celgene raised the price of Revlamid 20 percent in a 12-month period, these funds ran out of money,” Mitchell said. “And these consumers suddenly don’t have help they were relying on.”

Why wasn’t there an outcry from the nonprofits about the price hike?

Mitchell claims there’s a reason for that, too. He says many nonprofits depend on the same drug companies for donations to keep their prescription assistance programs afloat.

That means Bobbie Anderson was relying, in part, on donations from the same company that jacked up the price of Revlimid 20 percent in 2017 alone. Records show the price has nearly doubled since 2010.

“It highlighted the fact that I am just completely incidental in this. It doesn’t matter to any of these people if my life is shorter,” Bobbie said.

In an email a Celgene spokesperson blamed “high out of pocket costs for healthcare required by their insurance plans.” The email goes on to say, “We believe no patient should be denied access to the treatments that they need. Celgene’s patient support program is at the heart of our commitment to access and has helped more than 75,000 patients.”

As for concerns about the steep price increase of Revlimid, a Celgene spokesperson countered: “We price our medicines based on the value they provide to patients and to the healthcare system and the need to fund our extensive research to develop new treatments.” The company contends its price increases are “in line with broad industry norms.”

PhRMA, a group that represents pharmaceutical companies, also blamed insurance companies for high deductible plans, saying in part in an email “this has left patients with high and often unpredictable costs for their medicines."

Bobbie Anderson doesn&#39;t like the system that helps pay for her cancer drugs, but says her desire to survive trumps that unhappiness. &quot;I have a lot of people to love and I want to keep loving them,&rdquo; she says.

Bobbie remains dependent on copay assistance programs to pay for her medication. Her husband helped her find another program that covers multiple myeloma patients. She says she hopes for a better system that doesn’t put patients in the middle. But mostly, she says she hopes for more time.

“I have a lot of people to love and I want to keep loving them,” she said.