Some Minnesotans wait months to take driving tests despite a state law that says they must be available within 14 days. 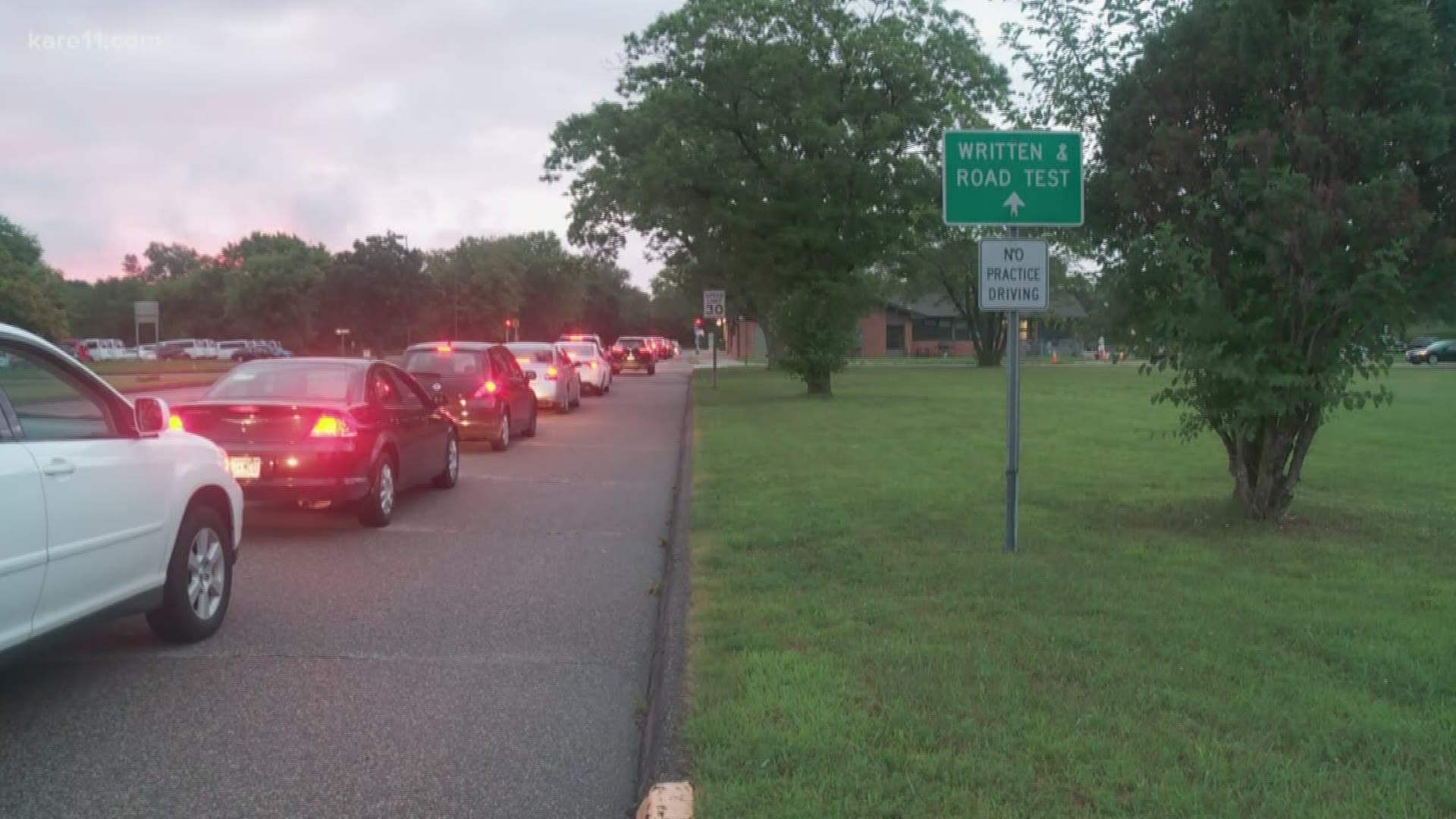 ARDEN HILLS, Minn. — Long lines, frustration, and possibly a night spent sleeping in your car.  Those are the frustrations encountered by people seeking to take a driving test in Minnesota, especially in the Twin Cities metro area.

KARE 11 has learned the delays aren’t just inconvenient, a state lawmaker tells us they are against the law.

You can see the problem first hand if you show up at the Arden Hills testing station before dawn. On an August morning, cars lined up down the block before the gates even opened. Some people had arrived the night before to secure a coveted walk in spot.

“I got here at 1 o’clock and I was like the eighth person,” said Mohamed-Wali.

Others try to make an appointment online. But those slots are booked until at least January at most metro locations.

But KARE 11 discovered some people skip the line by paying extra to select driving schools which have “standing appointments” thanks to special arrangements with the state Driver and Vehicle Services. 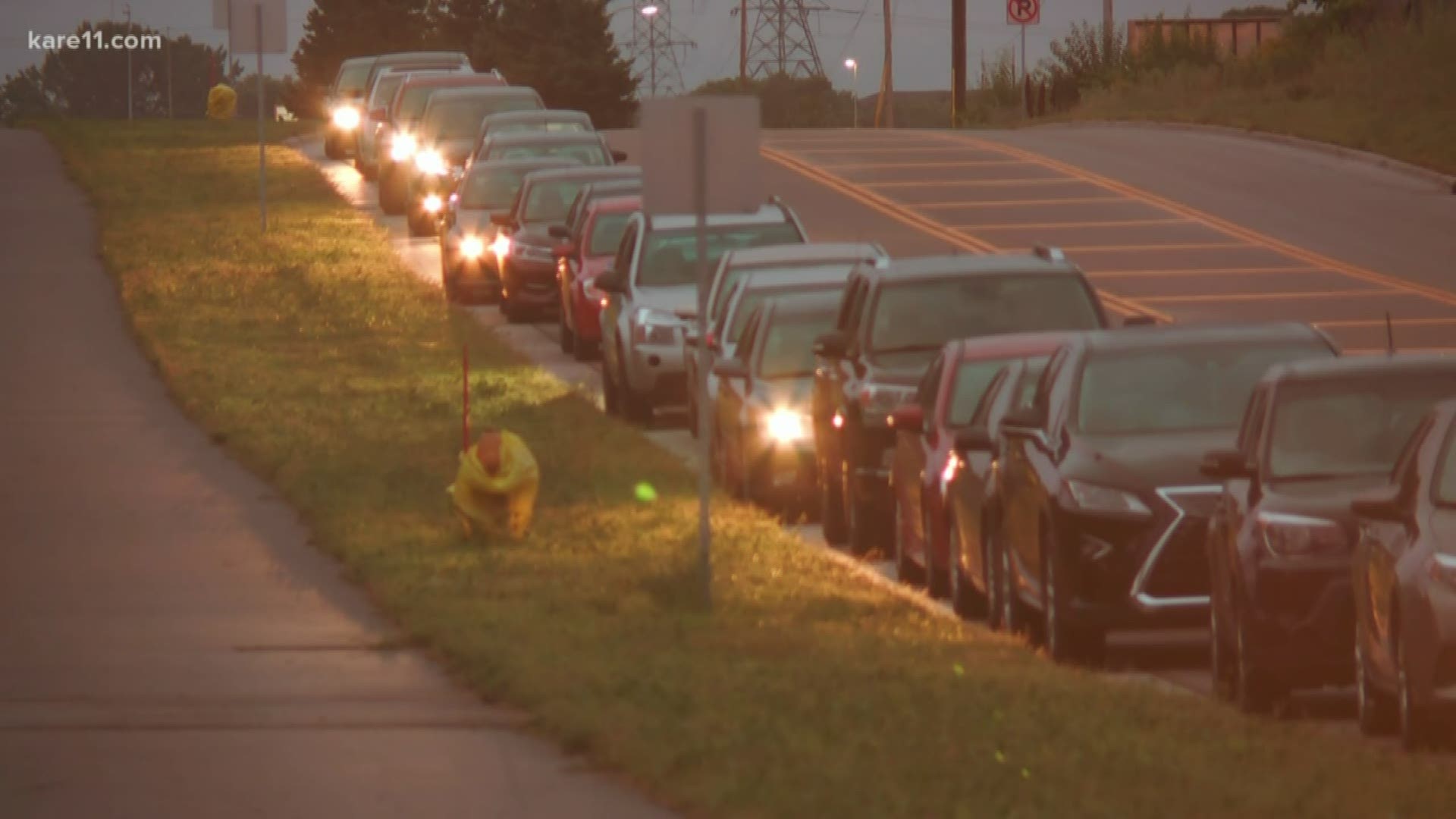 “It is broken!” said Debbie Carlson as she waited with her son outside Arden Hills.

“This has been an ongoing and chronic problem that nobody has felt any urgency to fix,” said Representative Linda Runbeck (R-Circle Pines), a member of the House Transportation committee.

Runbeck pointed to a state statute from 2014 that reads: “The commissioner shall ensure that an applicant is able to obtain an appointment for an examination to demonstrate ability…within 14 days of the applicant's request.”

“They are in no way compliant. They’re not even seeming to be trying to be compliant,” Runbeck told KARE 11.

In the wake of KARE 11’s investigation, lawmakers are already calling for changes.

Runbeck called the system “unfair,” and says she wants hearings before the Transportation Committee on the issue.

Housley unveiled a bill aimed at alleviating wait times by allowing certified driving schools to give road tests on their own.  When the legislature returns in 2020, Housley said she will propose letting private behind-the-wheel instructors become certified to administer driving tests.

“Parents should not have to camp outside overnight or drive hours out of their way so their child can take a driver’s test, nor should certain students be given preference,” Housley said.

The Department of Public Safety which oversees Driver and Vehicle Services declined KARE 11’s request for an interview to answer questions about how the system of “standing appointments” began – and why it is not open to all state-licensed driving schools.

When asked why it was failing to comply with state law requiring driving tests be given with 14 days, the department released a statement saying: “there is more demand than there are examiners and available appointments.”  They also wrote “minimizing wait times is a top priority.”

The department said one in five of the appointments at the Arden Hills, Eagan and Plymouth testing stations are reserved for driving schools.

Back at Arden Hills, the walk-in spots were filled before the DMV even officially opened. Drivers who arrived before dawn were sent home without a license.

“I guess we’ll be back tomorrow,” Debbie Carlson said as she pulled away.