A college student forced to flee her study abroad program says she had to buy an expensive new ticket home because airline re-booking systems were jammed. 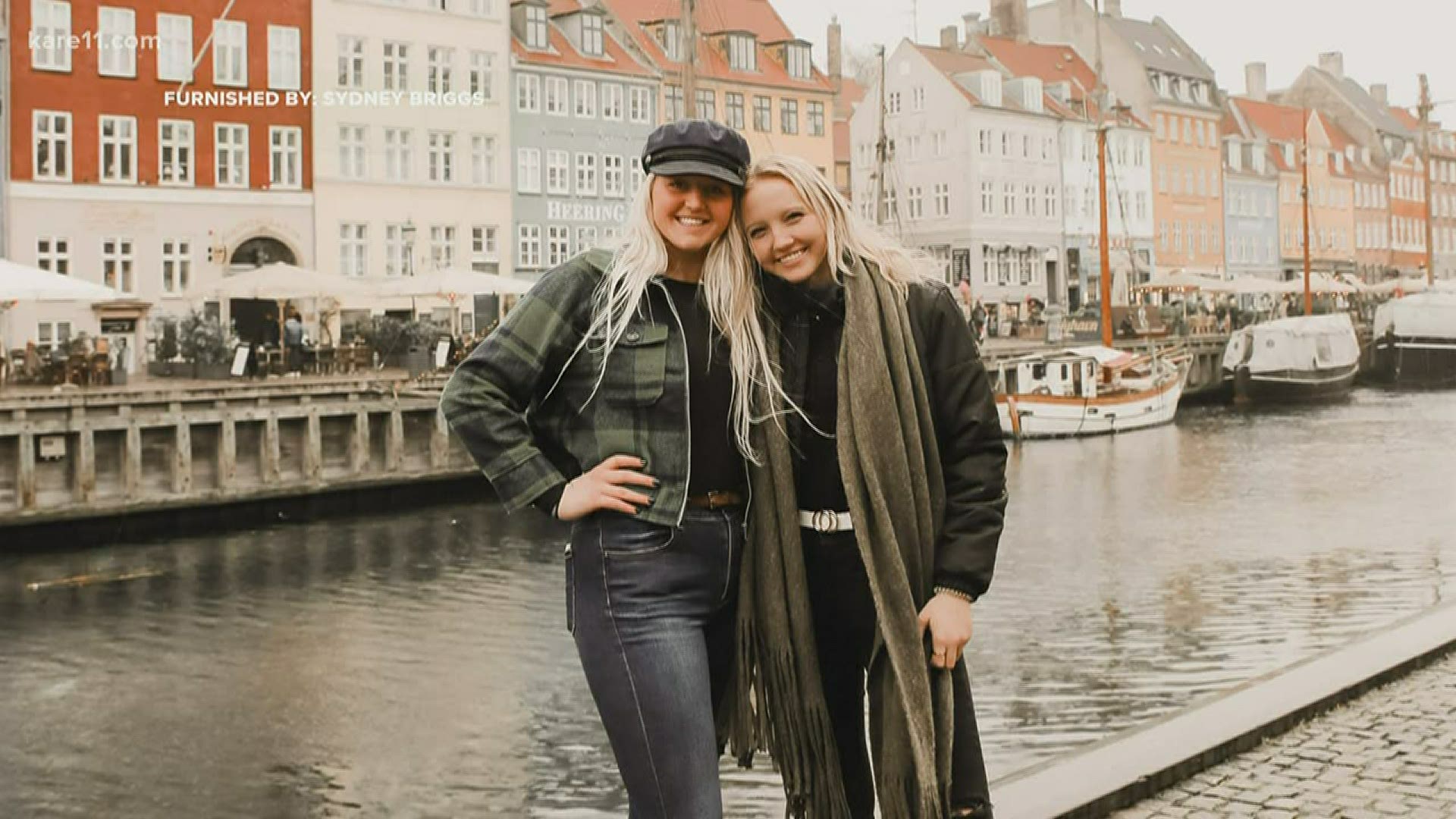 In the panic after a travel ban from Europe was announced last month, Americans scrambled for flights home - overwhelming airline phone lines and websites.

College student Sydney Briggs was one of those panicked travelers. Now she says she’s out more than $2,000 because she couldn’t get through to Delta to change the round-trip ticket she already had.

Sydney was just six-weeks into a study abroad program in Prague, Czech Republic. The morning of March 12 her cousin, who she was traveling with, woke her up with disturbing news.

European airports were swamped with Americans trying to get home before flights stopped.

Credit: KARE 11
Sydney Briggs was part of a study abroad program in Prague.

“I feel like there was a lot of panic,” Sydney recalled. Every American she knew in Prague was leaving immediately. Her study abroad program was recalling all students.

She says she went to Delta’s website to try to change her return flight, but it gave her an error message and said to call Delta.

Sydney says she was on the phone for hours – but never got through to an agent. The airlines’ phones were overwhelmed in the wake of the announcement. Meanwhile she was watching flights fill up.

“I was given the tough decision of: Do I call and wait for 6 hours hoping that I can get on a flight or pay the devastating over $2,000 one-way ticket to get home when there was only a few seats left on the flight,” she said.

Sydney eventually paid $2,300 for a flight to the Twin Cities the next day. “I feel like there wasn’t any other choices we had,” she said.

With just hours to pack, Sydney sent a case report message to Delta, hoping the airline would refund the cost of the new flight, and simply charge her the usual change fee for the ticket she already had.

When she heard from the airline days later, she didn’t like the response. In their email back and forth a Delta representative wrote that she understood Sydney’s concern, saying “we regret you felt required to purchase a new ticket…” but she continued they were “respectfully unable to honor your request.”

Sydney says Delta agreed to refund $300 for her unused original return ticket, only a fraction of cost of the new ticket she bought.

Kyle Potter, a travel expert and editor of the Thrifty Traveler says lots of Americans were in the same position as Sydney after the travel ban was announced.

“It was really kind of a nightmare scenario for the airlines,” he explained. “Airlines did not have the IT infrastructure in place to handle this record level of people who needed to change their flights – especially with that travel ban coming out overnight.”

Credit: KARE 11
Travel expert Kyle Potter says all airlines were overwhelmed with change requests when the travel ban was announced.

In the wake of that ban, many airlines made changes to make it easier for passengers to re-book flights and to alleviate some of the high cost.

“These airlines are doing more to make sure customers aren’t paying out the nose for these flights. But again, this was just really the worst-case scenario for this student – and really hundreds, if not thousands, of other travelers who were in Europe at this time.”

He says Delta has been one of the most consumer-friendly airlines. If Sydney’s situation had happened even a week later, she’d likely have been able to change her flight for much less than she paid.

“It wouldn’t shock me if Delta eventually decides to do right by this customer,” Potter said.

KARE 11 contacted Delta about Sydney’s case. In an email Tuesday afternoon, an airline spokesperson said, “We have looked into this claim and are working directly with the customer to resolve this issue.”