Citing KARE 11’s Pattern of Denial investigation, judges blast the VA for “doing everything it could” to limit ER bill reimbursements to veterans. 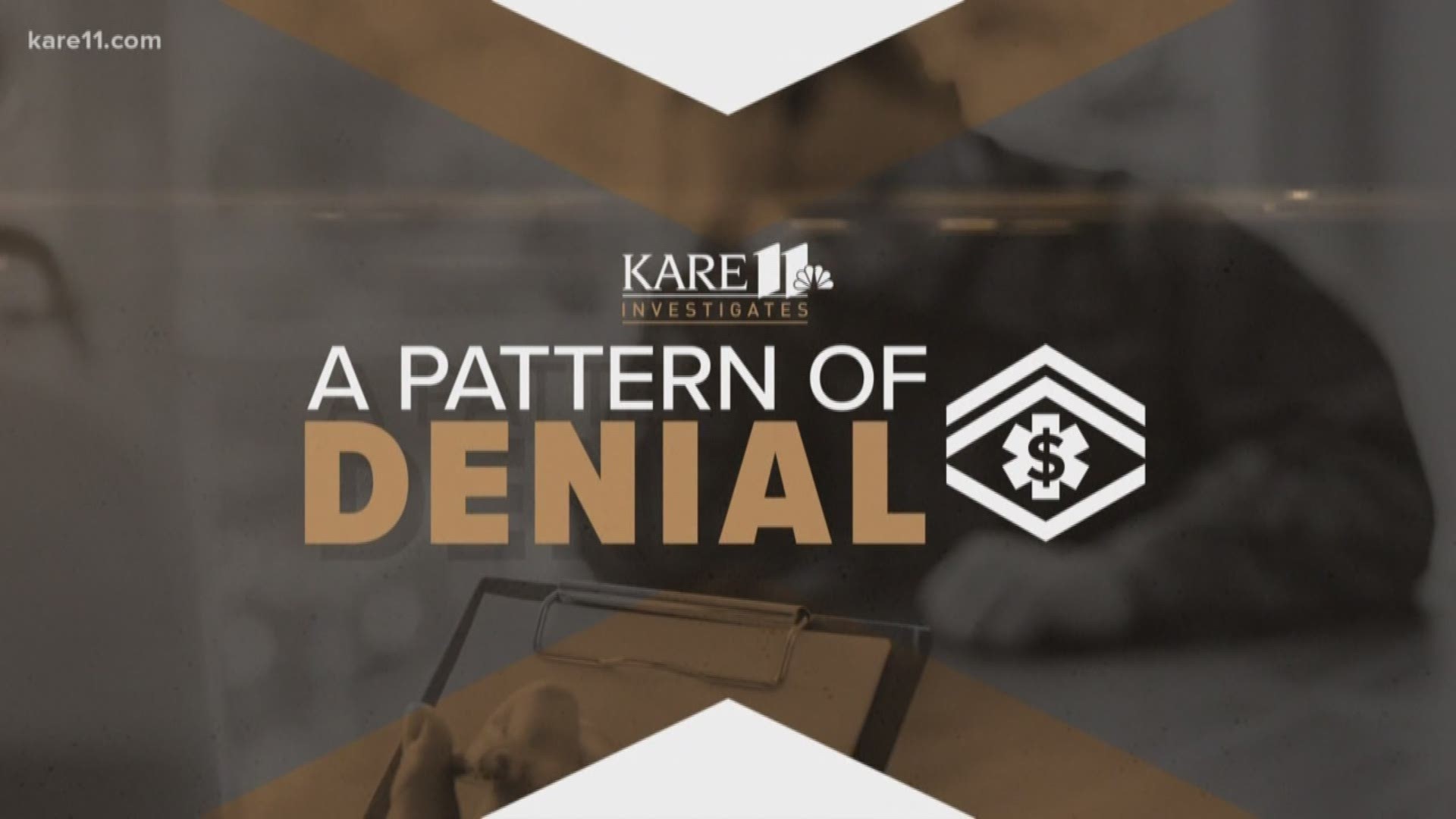 WASHINGTON — After delivering withering criticism from the bench, the U.S. Court of Appeals for Veterans Claims has ordered the Department of Veterans Affairs to produce detailed records about how it is has been handling claims for emergency medical care bills.

The VA is facing a class action lawsuit alleging it has failed to follow the law – and an earlier court ruling – requiring the government to reimburse veterans for emergency medical bills not already covered by insurance.

“Congress passed a law,” said Judge William S. Greenburg at a recent hearing. “If you go to the emergency room, you’re entitled to reimbursement. That’s what we ruled in Staab!”

“No exceptions!” he added.

The Staab ruling was a landmark court decision in 2016 involving the Emergency Care Fairness Act (ECFA) passed by Congress and signed by President Obama.

That was three years ago.

Credit: KARE
Richard Staab won a landmark legal battle with the VA, but hasn’t been able to collect.

However, in May 2019, a KARE 11 investigation revealed that 86-year-old Richard Staab still has not been reimbursed the nearly $48,000 he paid out of pocket for his care.

“The reason I’m bringing up this shocking development,” Judge Greenberg said, “is news reports…from Minnesota indicating the state of affairs for Mr. Staab.”

“Three years!” he exclaimed. “Nothing’s happened! Not a dollar! What do we have to do?” he asked.

Richard Staab’s story begins in 2010 when the then 77-year-old suffered a heart attack and stroke. He was rushed to a nearby hospital in St. Cloud and had open-heart surgery.

“That heart of mine was pounding so bad, I’m lucky I’m still alive I guess,” Staab told KARE 11 in one of the first interviews he’s done about his now-famous case.

Staab and his attorney Jacqueline Schuh appealed to the St. Cloud VA twice but were denied both times. They lost again when they took his case to the Board of Veterans Appeals.

The court’s strongly worded decision rebuked the VA, emphasizing that VA’s reimbursement regulation was “wholly inconsistent” with the law Congress had passed. The judges said the VA had unlawfully “declined to remedy this inconsistency.”

The VA appealed that decision. The matter was pending before the U.S. Court of Appeals for the Federal Circuit when VA Secretary David Shulkin made a surprise announcement in June 2017.

Testifying before a Congressional committee, Shulkin said the VA would “voluntarily withdraw” its appeal of the Staab case. It was a huge victory – not just for Staab, but for veterans across the country.

The VA estimated it was liable to pay 370,000 previously denied claims totaling more than $2 billion.

Despite dropping the appeal nearly two years ago, the VA has yet to reimburse Mr. Staab. Now it claims bills leftover after Medicare are “deductibles, or copayments” for which VA is not liable.

During a recent hearing in a case know known as Wolfe v. Wilkie, members of the three-judge panel seemed to be exasperated by the VA’s continued denials.

Christopher Bader, the government attorney representing the VA in the case, argued that the ECFA has an exception allowing the VA to deny payment in emergency care cases. Bader said the 2010 law states that the VA “may not reimburse a veteran … for any co-payment or similar payment.”

When Bader was making the argument that coinsurance and deductibles are “qualitatively” similar to copayments, Judge Greenberg angrily interrupted.

“(It says) the ‘copayment.’ Not this ‘coinsurance,’” the judge said his voice rising as he pointed out coinsurance tends to be much more expensive than copayments. “Copayment, $20 not $20,000 or $48,000,” the judge exclaimed. “This is an important concept. Congress didn’t put that in! You people put it in!”

Bader, the government attorney, claimed VA has made payments in the Staab case totaling $2,500. “It is not true that he has been paid nothing,” he told the judges. It was unclear whether those payments went directly to the hospital or one of Staab’s medical providers.

However, Staab and his attorney have filed a sworn affidavit stating he has “not, to date, received any reimbursement” and the soon to be 87-year-old writes that “it is my hope that reimbursement will be paid to me before I die.”

If he dies before his case is settled, the VA will be off the hook.

“If they do not make the payment before my client passes, that payment dies with the client,” Schuh told KARE 11. “In other words, the estate and the heirs are not entitled to that payment.”

The court gave VA until the end of June to provide additional information to help make a decision as to whether the class action should go forward.

It has been brought on behalf of Amanda Wolfe, a Coast Guard veteran who sued the VA in October after it denied her request for reimbursement for an emergency appendectomy that her third-party insurance largely covered.

The VA claims it is exempt from paying those coinsurance and deductibles. According to his attorney, it is the same issue Mr. Staab is now fighting as his legal battle drags on.