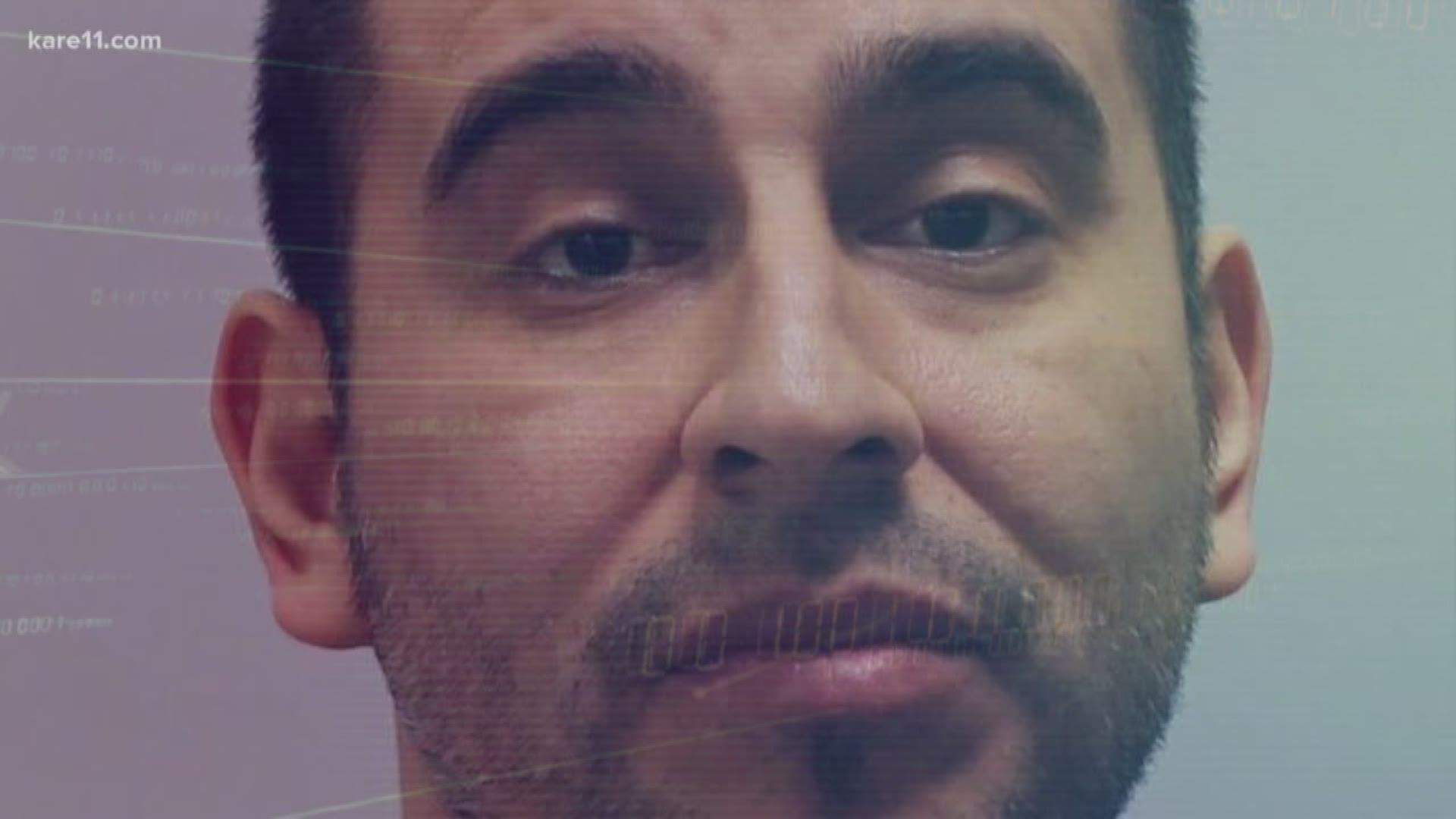 A teenage girl claims Torrez began molesting her when she was between the ages of 6 or 7 years old and she says the abuse continued for years.

A KARE 11 investigation found that this is not the first time Backstrom’s office has prosecuted Torrez for a sex crime. His earlier conviction and his new arrest are raising questions about how sex crimes are being handled by Minnesota courts.

“It’s my computer, so it’s me,” Torrez told an investigator during a recorded interview.

“Have you ever touched a child sexually?” a BCA agent asked.

“No, never,” Torrez replied at the time.

The BCA investigation discovered thousands of pictures and videos – including images of very young boys and girls being raped and tortured.

A recording of the BCA interview reveals that investigators were aware that Torrez was a Metro Transit police officer.

“You know your rights. You’re a cop. You’ve probably said them a million times,” said one BCA investigator.

“We’re trying to be as discreet as possible,” said another, “because of your position.”

Torrez was quietly fired by Metro Transit. And court records show he agreed to plead guilty to felony possession of child pornography as part of a bargain with prosecutors.

“We had asked for a sentence of 30 days in jail,” Backstrom told KARE 11 in an interview. “The judge ultimately sentenced him to a lesser sentence.”

Judge Tim Wermager sentenced him to just 15 days in the county jail – to be served on work release. And if he successfully completed probation, instead of a felony conviction, his record would reflect only a misdemeanor.

“Did his plea deal before have anything to do with the fact that he was a police officer?” asked KARE 11 reporter A. J. Lagoe.

“No,” said Backstrom. “It’s a typical plea that’s offered in cases of that nature under those circumstances.”

Torrez was a first-time offender with no prior criminal record.

“We were really shocked by the sentencing,” said Grier Weeks with the National Association to Protect Children.

PROTECT claims Minnesota has some of the weakest sentencing laws in the nation for child pornography and they put kids at risk.

When KARE 11 analyzed court records during an investigation in 2016, we found 90 percent of those convicted of child pornography in Minnesota never spend a single day in state prison. Over a 10-year period, the average sentence was 68 days in a local jail.

Although Torrez denied having any sexual contact with children when the BCA interviewed him in 2016, the latest criminal complaint alleges he was already molesting the young girl.

What’s more, court records claim the molestation continued after Torrez got his plea bargain and was placed on probation.

“Listen, Mr. Torrez was not cut a break,” Backstrom replied. “He was given an appropriate offer that was consistent with other cases of this nature.”

In the wake of KARE 11’s prior investigation of child pornography sentencing in Minnesota, Rep. Matt Grossell (R-Clearbrook) introduced legislation to toughen sentences, including six-month minimum sentences. But that measure was killed over the weekend by GOP-controlled state Senate.