Sentencing guidelines called for prison, but lax sentences left a convicted criminal on the streets – free to allegedly rape an elderly woman. 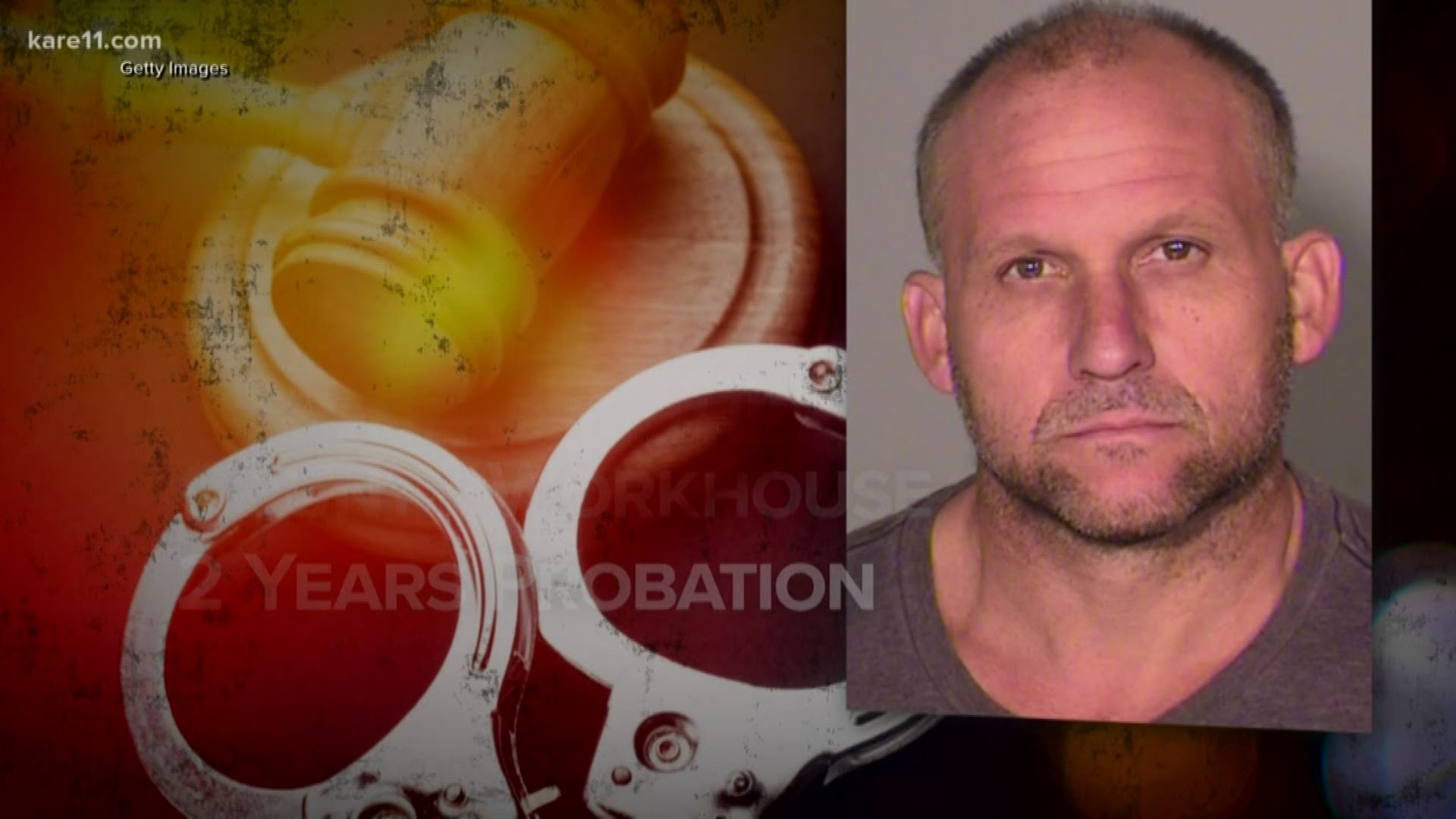 A repeat offender with a record that includes Domestic Assault, Burglary and Stalking was repeatedly given breaks that kept him out of prison in the years before he allegedly raped and kidnapped an elderly woman, according to court records reviewed by KARE 11.

Jeffrey Morgan Groves, 52, is accused in the brutal rape and kidnapping of that St. Louis Park woman last November. He led police on a dangerous chase through the East Metro into Wisconsin before crashing and being arrested.

When KARE 11 dug deep into his criminal history, we discovered that Groves was repeatedly given local jail time or probation for charges that should have carried prison time according to state sentencing guidelines.

Despite the guidelines, judges agreed to “stay” his prison time – and give him probation instead – on the condition that he remain law abiding.

But KARE 11’s investigation found that even when he violated his probations by committing another crime, the penalty was often just more probation.

On November 13, 2019 a black truck weaved through traffic, running red lights, going the wrong way on the highway, endangering thousands of drivers.

Behind the wheel was Jeffrey Morgan Groves.  He was fleeing U.S. Marshals – and police officers from multiple agencies in Minnesota and Wisconsin – trying to arrest him on the rape charges.

“This is probably the most dangerous thing that could happen,” said Sgt. Kirk Danielson of the Wisconsin State Patrol.

Credit: MnDOT
On Nov. 13, 2019, Groves drove the wrong way down State Highway 36 as authorities chased him.

The charges that sparked the chase were shocking to many in their brutality. The criminal complaint claims Groves held a woman captive for hours, raping her repeatedly.

But there was a group of people who weren’t surprised.

“He’s a very violent man,” said Jimmy Fogel, one of his many previous victims.

Jimmy Fogel’s case against Groves is just a few lines on a criminal record stretching back three decades.

Fogel says the charges of harassment and stalking don’t do justice to the terror he felt when Groves lived across the street.

What started as a neighborhood dispute led to a campaign of harassment and threats, Fogel said. He claims Groves threatened to kill his wife and dogs – and at one point even set his lawn on fire.

Court records show Groves punched Fogel, splattered dog feces on his front porch and fired projectiles at his home while his grandkids played in the front yard.

“I had to go out and get a license to carry because I was that frightened for my safety and that of my wife,” he recalled.

Groves would plead guilty in 2009 to misdemeanors and was sentenced to six months in the county workhouse. He was permitted to spend an additional two years on probation – as long as he stayed law abiding.

But then, in a development that plays out again and again, Groves violated his probation by breaking the law. However, records show as punishment he got work release and probation again.

“That was the part that absolutely mystified me. How he could go on and on and on and basically the system didn’t stop him,” Fogel said.

Over the next few years, Groves would continue to rack up restraining orders and convictions

In September 2015 court records show police were called to the St. Paul home where Groves’ girlfriend lived with her children.

According to a criminal complaint the woman obtained an Order of Protection against him after Groves embarked on a “campaign of harassment against her and her family” – detailing how he began “destroying her home”, leaving “dog feces” all over.

She also said he was “trying to extort sex” from her, court documents show.  She said he sent her obscene and threatening text messages telling her she had to start “earning back” pieces of her property – including family heirlooms – which she said he had stolen.

Groves would be charged and convicted of violating Orders for Protection three times in 2015 and 2016.

Because of his repeated violations, each new conviction was a felony. According to Minnesota Sentencing Guidelines, each one should have carried prison time.

Ramsey County Judge Roseanne Nathanson acknowledged she was giving him “a huge break” in 2016.

KARE 11 obtained the transcripts from the sentencing. Instead of the 30 months in prison recommended by state guidelines, Judge Nathanson sentenced Groves to some local workhouse time and probation. She said he “expressed remorse” and was “particularly amenable to probation.”

What happened after Groves got his “huge” break?

Records show he contacted his victim again – violating a court order for the third time. Despite the new violation, records show Groves got another break.

Judge Thomas Gilligan again found he was “amenable to probation” – a dramatic departure from sentencing guidelines which recommended 33 months in state prison. The judge put the prison sentence on hold. Instead, Groves was sentenced to a year in the county jail where he was eligible for work release and five years on probation.

Those more lenient sentences came despite the fact that by this time, in 2017, court records show Groves had already violated nearly every probation he’d ever been granted.

Why wasn’t Groves sent to prison?  Neither Judge Nathanson nor Judge Gilligan would comment on why they chose to depart from sentencing guidelines.

Former Ramsey County Attorney Susan Gaertner agreed to take a look at the Groves case for KARE 11.  She explained that in Minnesota lawmakers have determined that in most criminal cases probation – not prison – is the preferred penalty.

“Unless it’s an extremely serious crime, the system is going to go with probation as a consequence for crime,” Gaertner said.

KARE 11 analyzed 10 years of court records and found a steady increase in repeat probations where someone like Groves, who already had a felony conviction, faced prison for a new crime but was only given jail or probation. There were nearly 1000 such cases in 2018 alone.

Gaertner said it often frustrated her as a prosecutor when repeat offenders like Groves received so many second chances.  Still, in some cases probation offers more options for treatment than relatively short prison sentences.

In the case of Groves, Gaertner said victims have a right to feel angry.  “It’s taken much too long for crimes like stalking and harassment and other kinds of very scary behavior to be taken seriously.”

After the “huge break” in 2016 and again in 2017, Jeffrey Groves had another chance to obey the law. He did not. Court records show he tested positive for amphetamines on multiple occasions, failed to check in with his probation officer, missed appointments and committed another crime.

Groves was convicted of felony Receiving Stolen Property in the summer of 2019. If his probation had been revoked immediately, he would have gone to prison. He would have been locked up before he allegedly assaulted a defenseless woman and led police on a chase that endangered lives.

This time prosecutors say they will seek the harshest possible sentence on the rape and kidnapping charges.

If you have a suggestion, or want to blow the whistle on government fraud, waste, or corruption, email us at investigations@kare11.com