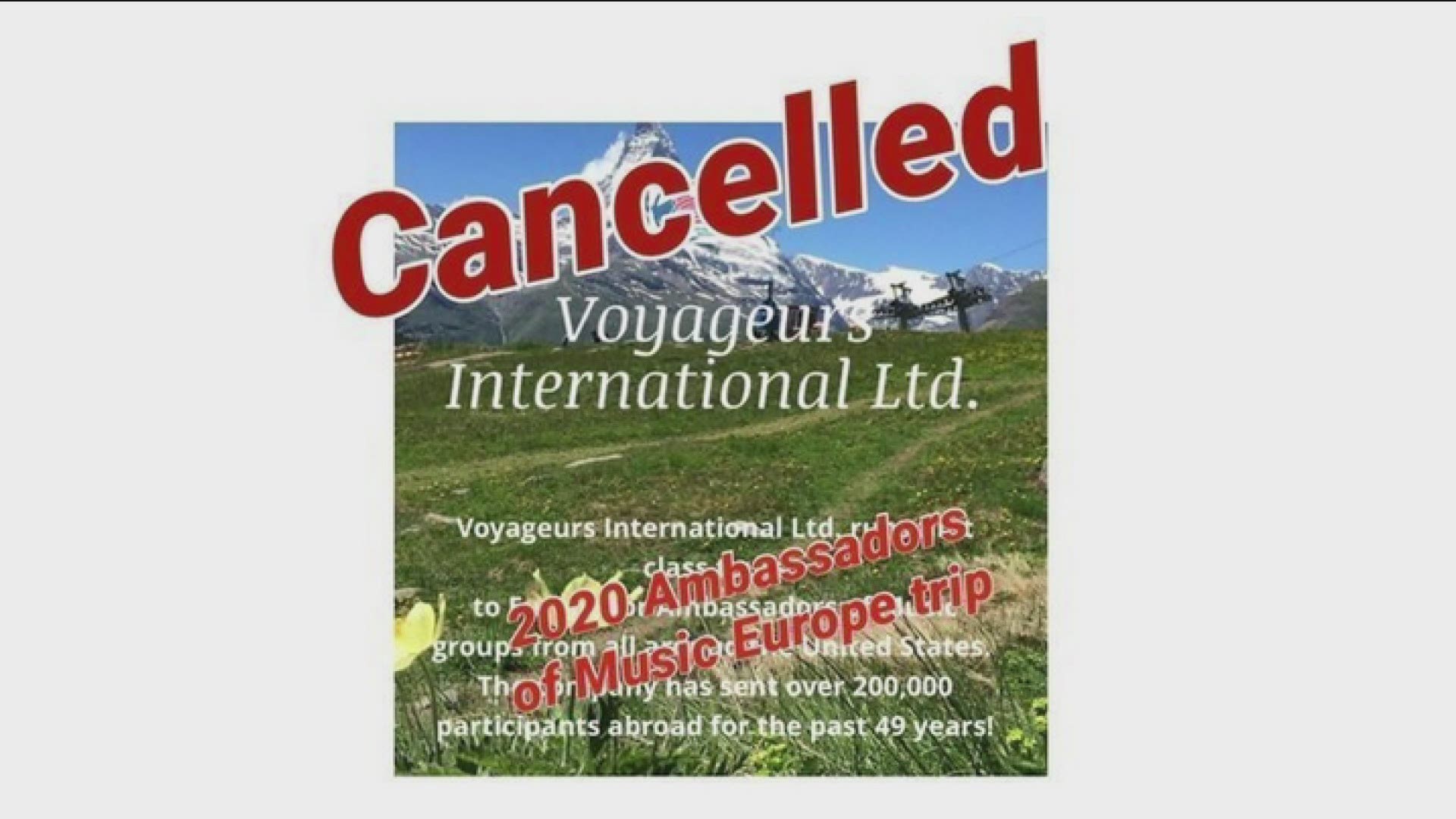 There’s good news for more than 300 families who were out thousands of dollars after their high school music trip to Europe was cancelled.

After months of delay, they’re finally getting refunds.

“It’s great news,” said Charlie Quast. He had been waiting 10 months to hear if he would get a refund of the money he paid to send his son on an international music trip – a trip cancelled last spring due to COVID.

Charlie’s son was one of 344 Minnesotans who paid more than $6,000 apiece for a concert tour with Voyageurs International.

Last year, KARE 11 investigates exposed how the Colorado-based firm was refusing to make full refunds – keeping a $1,900 ‘cancellation fee’ the company said was spelled out in the contract.

At the time, parents told us they were outraged by what the company was telling them.

“We’re keeping the money and that’s that. It’s in the contract. Sorry,” Walter Berg recalled the company telling them. “Actually, without the sorry – they didn’t even give us a sorry.”

Walter and his wife Amy say they made sacrifices to save enough money to send their two daughters on the concert tour.

“It’s something we didn’t think we could do,” Amy explained. “But we sacrificed a lot, saved our money for both the girls to go together as a trip.”

In past years the “Minnesota Ambassadors of Music” trips had earned rave reviews.

“The trips for both of our older sons were just phenomenal,” Charlie Quast recalled. That’s why he was looking forward to sending his younger son on the 2020 trip.

He says the company’s past success made its initial refusal to give full refunds for the cancelled trip even more frustrating. “It was kind of a tough pill to swallow,” he said.

Credit: KARE 11
Walter and Amy Berg were among the unhappy parents who spoke to KARE 11 last year.

Last spring the students and their parents started petitions – and complained to state officials including Minnesota Attorney General Keith Ellison.

When KARE 11 contacted Voyageurs International last year, we were referred to the company’s attorney. He said the non-refundable cancellation fee was spelled out in the music trip contracts. What’s more, he said the company had already spent money it could not recover planning and organizing the cancelled trip.

“Voyageurs at this time is just trying to stay in business,” he explained.

After the company refused to make full refunds, the Minnesota Attorney General’s office launched an investigation into whether Voyageurs had violated the state’s Consumer Fraud or Deceptive Trade Practices Acts.

Without admitting any wrongdoing, the company has agreed to a settlement with the Attorney General.

According to documents filed in Ramsey County Court, Voyageurs will pay more than $664,000 – enough to reimburse every Minnesotan still owed a refund from the 2020 trip.

Credit: KARE 11
A settlement document filed in court says Voyageurs will pay more than $664,000 in refunds.

“It seems like this is the right thing for the company to do,” said Charlie Quast.

He says the cancelled tour was just one of many lessons in disappointment this year for children and families dealing with challenges created by COVID.

Now, at least, they’ll be getting their money back.

“It’s just nice to see that they’re getting made whole,” he said.