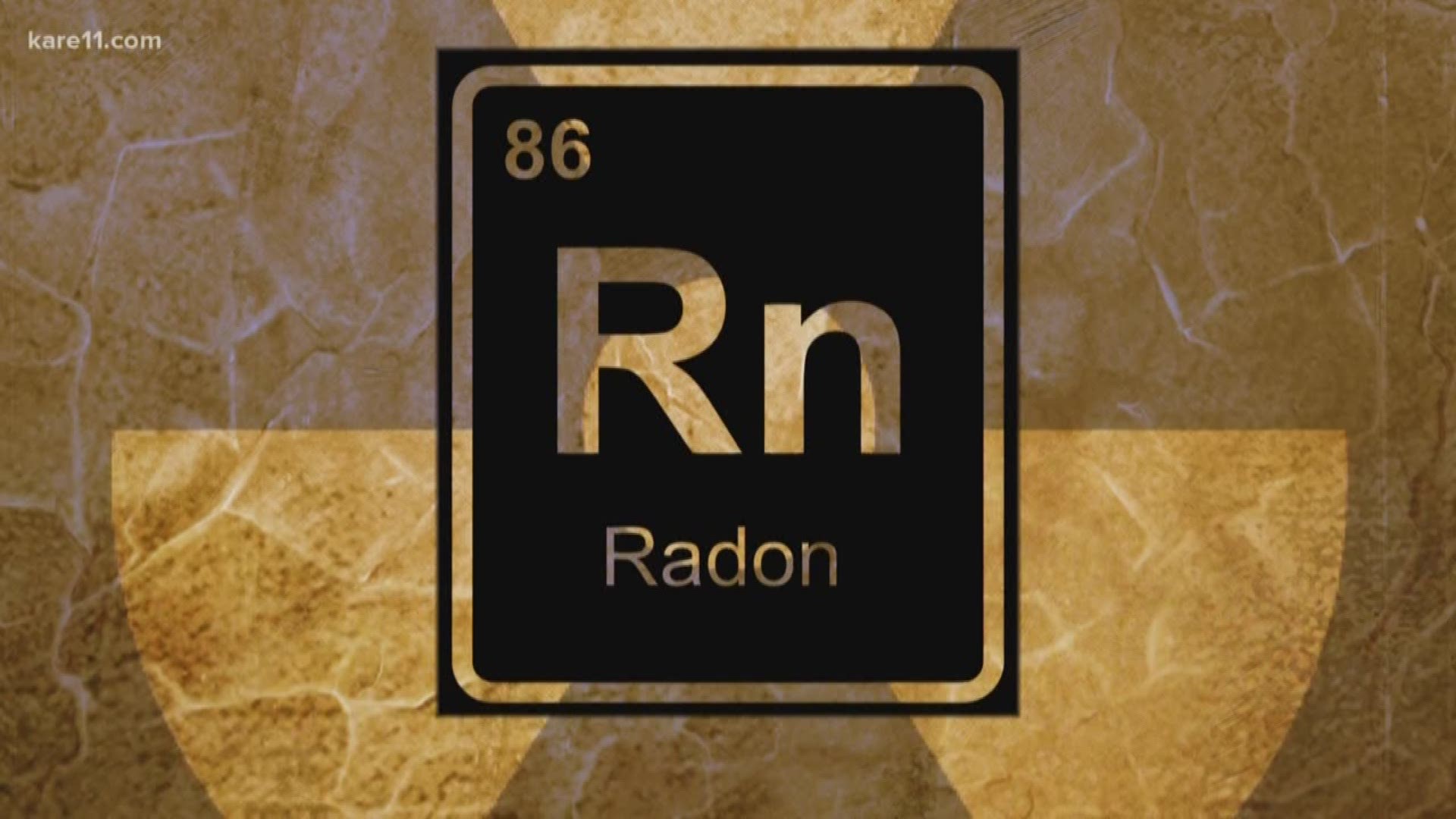 Last ditch efforts to require radon testing in Minnesota schools failed when the GOP-controlled state Senate refused to include the language in the final education budget bill.

“That was disappointing, that we didn’t include testing for radon,” said Minnesota Department of Education Commissioner Mary Cathryn Ricker. “We feel it’s really important to make sure we know the health conditions that our students are learning in.”

Credit: KARE
“That was disappointing, that we didn’t include testing for radon,” said MN Dept. of Education Commissioner Mary Cathryn Ricker

The measure to require schools to test for radon had strong bipartisan support in the Minnesota House and was supported by Gov. Tim Walz.

The teacher’s union, Education Minnesota, labeled the failure to require radon testing in schools as one of the most disappointing aspects of the education budget.

Radon is responsible for over 21,000 lung cancer deaths in the U.S. every year, according to estimates by the federal EPA.

Medical research suggests that children are especially vulnerable. Since radon is an odorless, colorless gas, testing for it is the only way to identify the danger.

At the time, records revealed that only 53 of 331 school districts in Minnesota had reported testing their classrooms since 2012 – despite state and federal recommendations to test ground level classrooms at least once every five years.

Although the legislature failed to act, there are signs that some school districts are beginning to take radon health warnings more seriously.

In fact, the number of public-school districts in Minnesota reporting that they have tested at least some classrooms for radon this school year has doubled since KARE 11’s original investigation.

New data obtained from the Minnesota Department of Health shows that 111 districts have now tested school buildings since 2012 – up from just 53.

But that still indicates that the vast majority of Minnesota’s 331 districts are not checking their buildings for the cancer-causing gas.

“With a third of those school districts testing, that means two-thirds are not testing yet,” Commissioner Ricker said.

Daniel Tranter, who heads the Minnesota Health Department’s indoor air quality unit, said he expects the record number of schools reporting tests this year will continue to climb. He said the agency noted an uptick in school radon testing over the past winter, and more test reports arrive every week.

Tranter attributed the increased testing and improved results to an increased awareness of radon risks in schools. He said that’s due in part to KARE 11’s investigation, as well as calls for action from parents, teachers and lawmakers.

He says the state Health and Education Departments also stepped up efforts to reach out to school districts about the importance of testing.

“I’d like to see further improvement on these items, to build on the progress made,” he said.

While the overall gains across the state are significant, both education and health experts say more needs to be done to protect students, teachers and other employees.

Government data already indicates that 80 percent of the counties in Minnesota are rated as radon “hot zones,” because of readings above the EPA’s recommended action level.

Tranter remains concerned that only one private school and no charter schools have reported testing for radon.

Unlike some states, Minnesota does not require that schools be tested for elevated levels of radon. But since 2012, districts that choose to test are required to send results to the state Health Department.

It’s a loophole that University of Minnesota professor William Angell, a nationally acclaimed expert on radon testing, described as a form of “Russian roulette.”

A bill that would have required testing in Minnesota schools was supported by Gov. Tim Walz and passed the House with broad bipartisan support.

But the measure stalled in the Senate, and lawmakers failed to resolve their differences in conference committee.

Sen. Karla Bigham (DFL-Cottage Grove), who sponsored the bill in the Senate, said, “I am incredibly disappointed that testing for radon in our schools did not become law this session. It is common sense to make sure that our schools are safe for our students, staff, and public.”

Bigham vowed to renew efforts to require testing next year, but placed blame for the delay squarely on Senate Republicans.

“The Senate GOP failed to protect students and staff from a known carcinogen in our schools by refusing to adopt this provision,” she said.

“I question if we do find it, how are we going to fund that?” Senator Jeff Howe (R-Rockville) asked.

“I think we need to do a more in-depth study of how we can do these radon tests and mitigations across the whole state because it does end up costing a lot of money for these school districts,” said Sen. Karin Housley (R-St. Mary’s Point).

“It does cost money to test for radon,” said Education Commissioner Ricker. “But the cost of a radon test should not be what’s keeping us from knowing whether or not we have healthy air in our school buildings.”

Commissioner Ricker cited the Folwell Performing Arts Magnet School in Minneapolis as an example of the importance of radon testing. Recent tests there revealed two rooms had high radon levels, both on initial tests and retests.

Lee Setter, the district’s environmental health and safety manager, said adjustments made to the building’s air-handling system brought both rooms at Folwell back to acceptable levels.

Although records last year revealed that most Minneapolis public schools had not been tested in 20 years, the district resumed testing at six elementary schools in 2017 and expects to finish testing all 67 of its buildings by spring of 2021. Going forward, a spokesman for the district said every building will be retested at least every five years.

Recent tests in Minneapolis produced good results at most schools. In 19 buildings tested, all rooms were below the state and federal radon action level. Tests at six other buildings initially detected higher radon levels in one room at each school. Those rooms were retested, found to be with the normal range, and no further action was necessary.

Ricker said she hopes the Legislature will create a uniform requirement for schools to test for radon, but until that happens, she’ll be urging school districts to be proactive.

“This path forward again is a simple one,” said Commissioner Ricker. “Let’s test for radon and then let’s address the results.”