Victims say police have not been able to stop years of terrifying letters, emails and texts threatening their children and relatives nationwide. 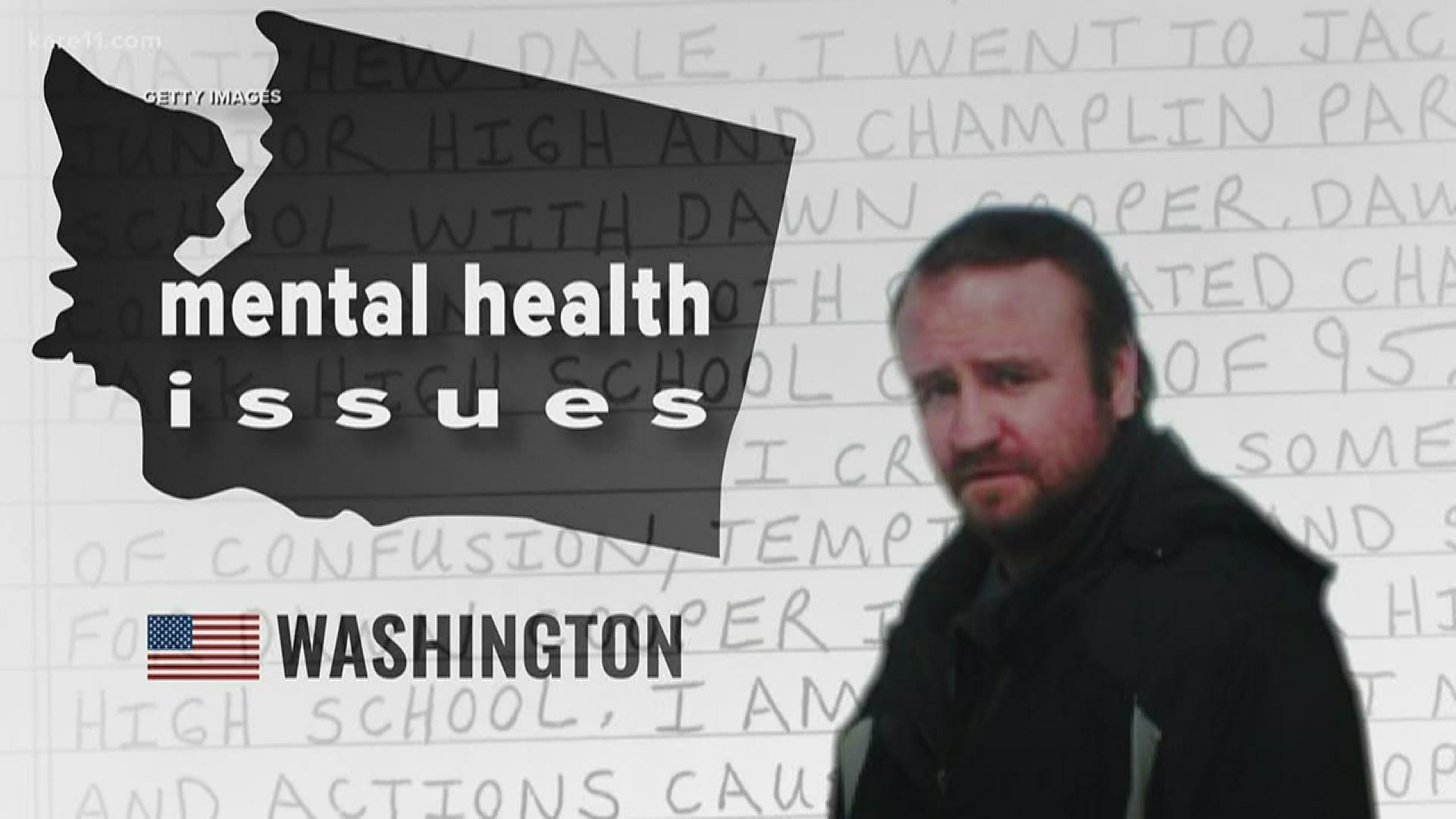 CHAMPLIN, Minn — The threats are chilling. Impregnating a young girl. Raising the baby for “plunder and extortion.”

Then “sacrificing” the child.

Across the Twin Cities and around the country, victims tell KARE 11 they have been terrorized by threats arriving in letters, emails, texts and social media messages.

Victims say they know who is sending them. In fact, records reviewed by KARE 11 document he’s been sending them for years – often using his real name and address.

But, so far, victims say authorities have been unable to stop him.

“I think it’s becoming scarier by the day,” said Dawn Cooper. She helped create a private Facebook group where victims can connect.

Credit: KARE 11
Dawn Cooper says the threatening messages are getting scarier by the day.

“How many people are getting these letters?” asked KARE 11’s Lauren Leamanczyk.

“We went to school together,” Dawn remembers, pointing to the picture of one of the boys in her class. “That’s him right there.”

But 15 years after they graduated from high school, out of the blue, she says got a strange message from him on Facebook.

“It was sort of like: I knew you back in junior high and now you want to steal my money from me. And then there were these biblical, weird comments and things like that.”

Until one day, three years ago, when she went to her mailbox and found a long, hand-written letter.

“Some of the people I went to high school with, their daughters are 8, 9, 10-years old. And he’s writing their names in the letters,” she said.

Credit: KARE 11
Kristen Jaakola was so alarmed she bought a personal taser for her daughter.

What started out as threatening letters to former classmates has grown to include their family members. Matthew Dale has apparently done research to identify parents, grandparents, aunts, uncles, cousins – even in-laws.

A private Facebook group for families who’ve gotten the threats has more than 100 members.

But, so far, police haven’t been able to stop the messages.

When Minnesota victims asked local police about filing criminal charges, they say authorities outlined what seemed like a nightmare scenario.

Even if charges were filed, victims say authorities told them that a conviction for sending threatening letters would likely result in probation rather than significant jail time.

Given a likely short sentence, victims say police asked them if they really wanted to risk bringing Matthew Dale back to Minnesota to face relatively light charges – or leave him nearly 2,000 miles away in Washington State.

When they filed complaints with authorities in Bellingham, victims say police told them they were aware of Dale, but possible mental health issues make it harder for them to bring criminal charges. They said there had only been a few complaints about him from Washington residents.

Since there are victims nationwide, some families told KARE 11 they have contacted the FBI hoping for federal charges. An FBI spokesperson declined to comment about whether they’re investigating.

Some people who’ve gotten letters have gone to court to get no contact orders against Matthew Dale. But those usually only last year. When they expire, the victims tell KARE 11 the letters just start up again.

One of Matthew Dale’s own relatives filed for a restraining order against him. “We have asked him to get help, but he had not responded accordingly,” the court filing said. “He continues to send the messages in large quantities and has done so for 6-10 years.”

For Dawn Cooper – and others who still receive threats – there is increasing urgency.

“This is harassment. I mean it’s an ongoing, systemic, thing that he’s doing to instill fear in hundreds of people,” she said. “And it’s across the country.”

They say there are troubling new warning signs.

Recent mailings showing an atomic bomb blast – with a note saying, “You have a year ... until this whole thing kicks off.”

Credit: KARE 11
This handwritten warning appeared over an image of atomic bomb blast.

“It’s crazy talk until it becomes real – and then it’s bad,” Dawn said.

“It’s not even a matter of what, it’s when?” she said. “When is something bad going to happen? Because it’s escalated to a point now where it’s – it’s direct threats.”

Minnesota victims finally got some good news over the weekend.

On Friday night, May 15, the Bellingham Police Department arrested Matthew Dale based on a harassment complaint by a woman there.

He is being held on suspicion of two felony counts of stalking and harassment. Bail was set at $50,000 during his initial court appearance.

Although the allegations don’t involve any of the threatening emails to victims in Minnesota, Dawn Cooper hopes it is an important first step in holding him accountable.

“I mean this has gone on for a really long time?” KARE 11 asked.

“If you could say something to authorities right now, what would it be?”

“To stop him before it’s too late,” she replied.