Minnesota is changing the way it schedules driving tests in the wake of a KARE 11 investigation that exposed how some driving schools received special treatment. 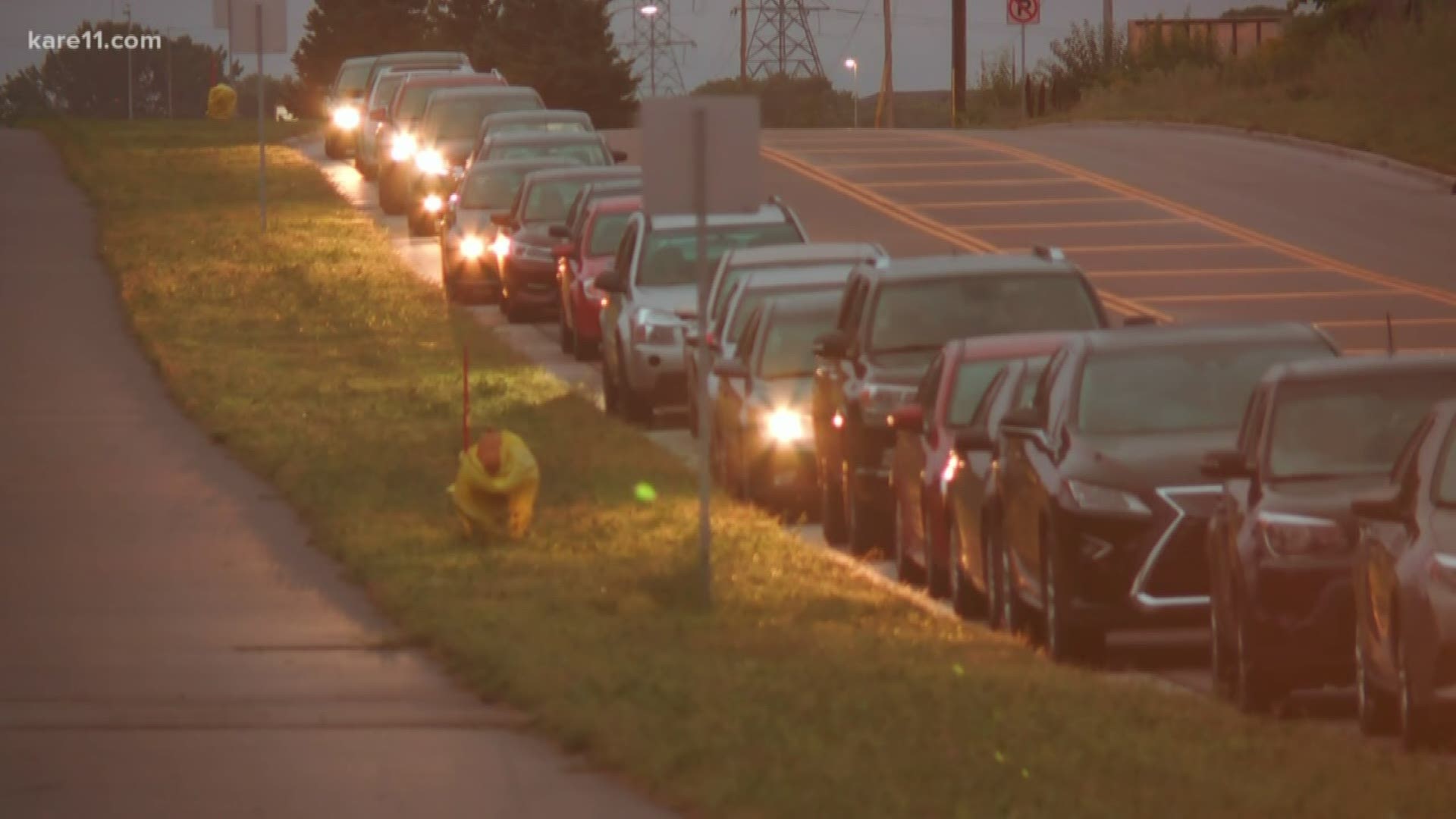 ST PAUL, Minn — Minnesota state driving officials announced Friday they will end standing appointments for driving schools after an outside study confirmed what many had been complaining about – that the system was unfair.

The change comes as Minnesota Department of Public Safety and Driver and Vehicle Services grapples with how to handle a lengthy backup for potential drivers to schedule road tests.  The online system is currently scheduling into late January or February.

The practice of weekly standing appointments doled out to certain driving schools was first exposed by KARE 11 investigation this fall.  While some people waited in long lines – even camping out in their cars outside of metro testing stations – those favored driving schools had privileges which allowed their students to skip the line.

Linda Awalt of Buckle Up Driving School in Oakdale complained about the unfair advantage it gave her competitors.  She only found out the secret appointment existed because potential clients told her other driving schools could get them in faster.

But when Awalt asked for her own weekly appointment, she says she was told it wasn’t open to her driving school.

“I think it’s fundamentally unfair,” she told KARE 11. “This is a state program. Everyone should be on the same level, be treated the same.”

Lawmakers raised alarms as well.  Rep. Linda Runbeck (R-Circle Pines) was outraged. “Why should some people get special treatment just because they are willing to pay more?” she asked.

The study found “the practice results in unequal treatment” of both individuals and driving schools and “favors those able to pay.”

The researchers “strongly recommended” ending the practice explaining that it “could increase DVS efficiency.”

The report found some schools “treat fees related to standing appointments as a line of business.”

While Linda Awalt cheered the move to end standing appointments, the report indicates other driving schools warned of “blowback” – some even saying it could put them out of business.

Pete Hosmer who owns A+ Driving School currently has standing appointments.  But on Friday he told KARE 11, “We think everybody should be on the same playing field.  And if this helps, we are on board.”