Survey of Minnesota school districts finds course failure rates have doubled or tripled at many schools with the highest disparities among distance learners. 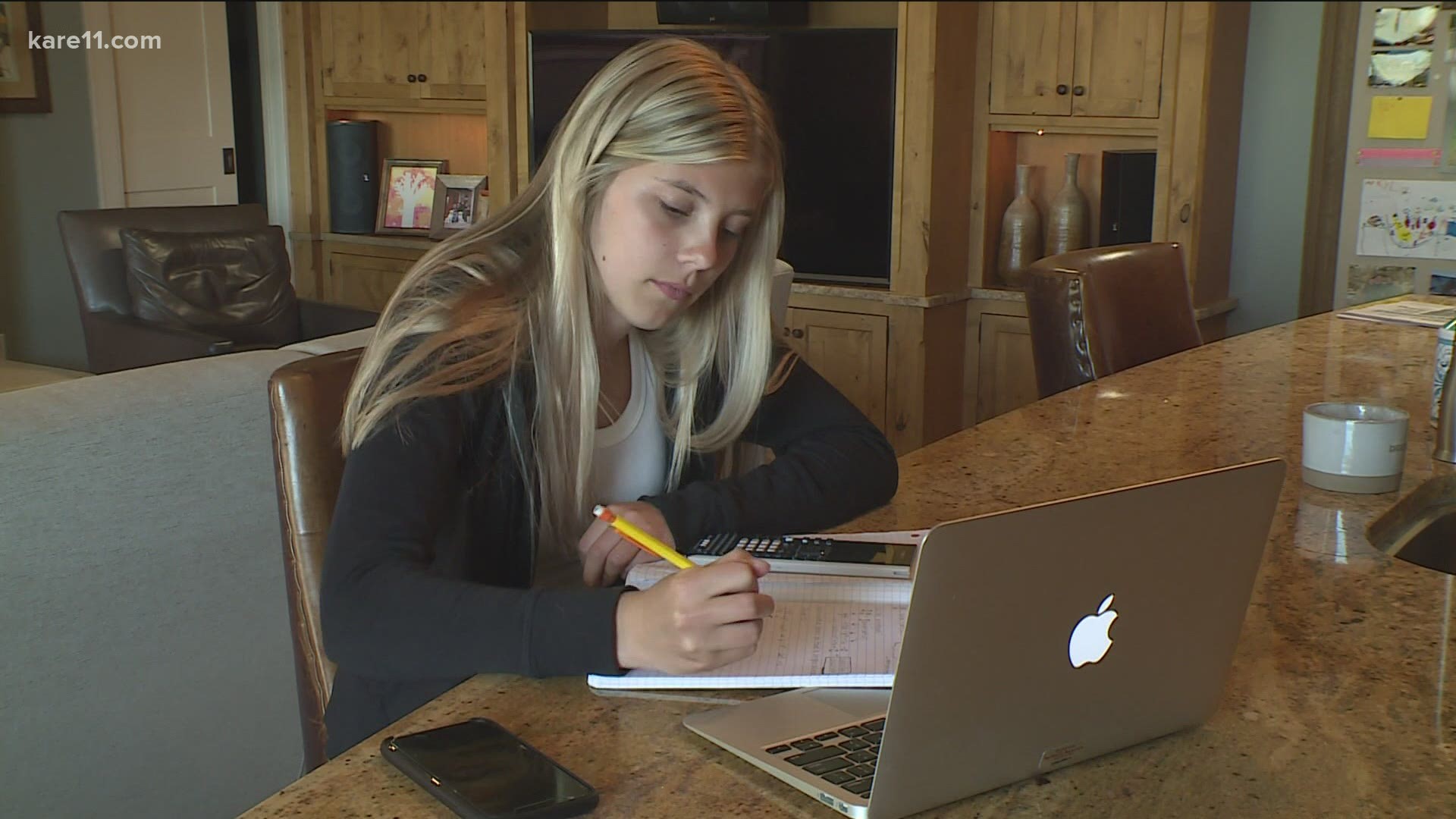 In her more than 20 years she says she’s never seen so many kids face so many challenges.

“Some of them are caring for younger siblings. Some of them are maybe in homes that are more crowded - that maybe aren’t able to accommodate five or six kids studying independently,” she explained.

“We kind of get an overview of what their learning situation is and that’s where we really collaborate with parents too.”

The families rarely turn down treats or help.

Their responses reveal an unsettling trend.

Many districts have decided to grade on a semester basis or don’t have first trimester grades available yet. But among those that did provide data, the numbers were sometimes stark.

At Forest Lake Area High School, in the first quarter of 2019 just 4 percent of courses resulted in an F. This year that number shot up to 14% among hybrid classes and 29% for Distance Learners.

Up North, Bagley schools report 35% of high school grades were F’s this year. That is double the number of failing grades as last fall.

“We know that one size doesn’t fit all, and pandemic has given us sort of one size in distance learning,” says Craig Anderson, Executive Director of Teaching and Learning for St. Paul Public Schools.

The district is giving students a chance to complete learning that may have been missed and increase their scores. He is studying the data and believes second quarter numbers will be improved.

“It can be done,” Anderson said.

She and other counselors from around Minnesota met virtually with KARE 11 to share what they are seeing in their schools.

They described challenges unique to the pandemic that have caused many students to struggle – especially kids from economically disadvantaged families.

“We’ve lost a lot of kids and it is 100 percent an equity issue. 100 percent,” said Wendy Eidem.  “Kids are having more responsibility with their siblings and we’re having a number of our high school kids actually taking jobs during the school day.”

Other students have technology issues, lack access to reliable Wi-Fi or come from homes where there are language barriers. Some have lost their homes.

“Sometimes life has just gotten overwhelming for them,” said Pam Langley, a counselor from Zumbrota.

Despite the dire numbers, educators have hope students can be successful.

The counselors talked about home visits, mentoring programs and online game nights – anything to build relationships and make the students feel connected to school.

“All parents want their kids to do well and we’re here and we’re your partners,” she said.

When asked what would solve this problem, Anderson from St. Paul summed up what many educators and superintendents shared with KARE 11.  “Wear a mask and social distance,” he said.  “We can’t get back to school until we get these numbers where they need to be.”