Minneapolis officials announce there are hundreds more untested sexual assault kits than previously disclosed. In 2015 the city said it had counted just 194. 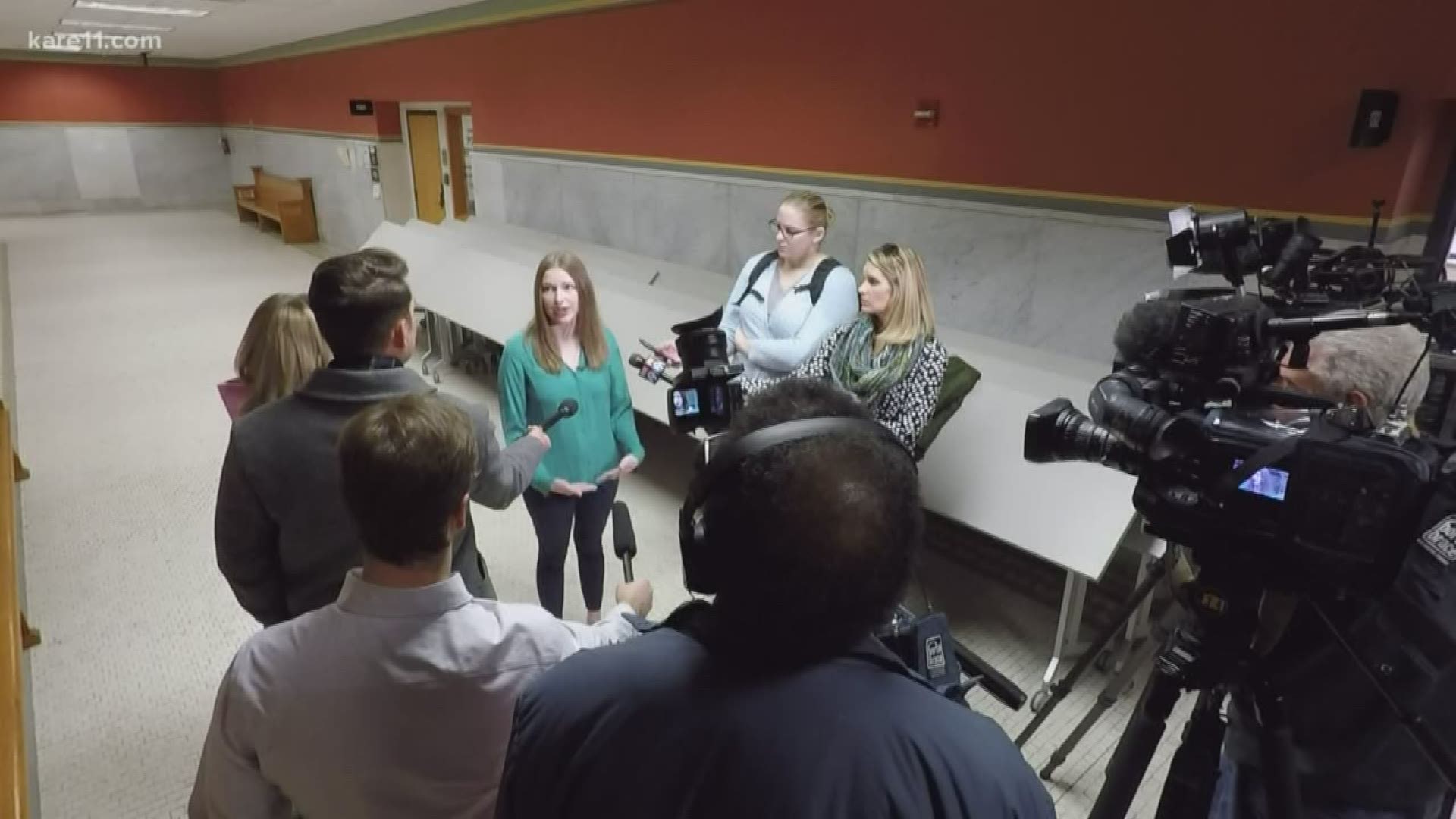 MINNEAPOLIS — Minneapolis Mayor Jacob Frey and Police Chief Medaria Arradondo announced Friday that the city has discovered more than one thousand sexual assault evidence kits that have never been tested.

They now say the city has more than 1,700 untested kits – roughly eight times as many as previously disclosed.

In 2015, amid a national controversy about untested kits, Minnesota lawmakers ordered the state BCA to conduct a survey of law enforcement agencies statewide to determine the number of untested kits. At the time, the Minneapolis Police Department reported it had 194 kits that had not been tested.

On Friday, after police had summoned reporters to city hall, Frey shared that an "unjustifiable mistake" that occurred before his administration recently came to the attention of sex crimes investigators in the form of additional untested kits, and the department "acted immediately to right the wrong."

"Reporting sexual assault is an act of courage," Frey said. "We will move heaven and earth to honor the courage in pursuit of justice," adding that the past mistakes in handling rape kits were being revealed "with humility, and in the name of transparency."

Deputy Police Chief Erick Fors says the department discovered there were hundreds of additional untested kits in July during an accounting process now done in the sex crimes unit. Fors said it was quickly determined there was "a significantly large amount of untested kits in their inventory," some going back as far as 30 years.

"We believe all these kits should be tested," the assistant chief stated. "We stand committed to ensuring that gets done ... we owe it to victims to do this."

The new revelation of untested kits prompts some troubling questions: Among them, how did these kits slip through the cracks, are those evidence kits still forensically viable, and how will sex crimes investigators be able to respond to a sudden influx of 1,500 additional cases into their workload?

Deputy Chief Fors called the caseload inquiry "an interesting question," and told reporters that investigators will be working with the Hennepin County Attorney's Office to determine which cases have the "best potential" to be solved and prosecuted.

Two former heads of the MPD sex crimes unit said they did audits of untested kits and 2013 and later in 2015, and found nowhere near 1,700.

Mike Martin, who took over the unit in 2013, said he counted about 200 untested kits in the city hall storage room.

"My understanding was that we found and tested every untested kit," he said.

Two years later Lt. Mike Sauro took over the department and did another audit, discovering about 500 untested kits. But of those, many were from victims who did not want their kits tested, others from those who stopped working with the police, and others were from unfounded cases, Sauro said. Once those were whittled away, there about 194 untested kits.

Of the new count of 1,700, Sauro said, "somebody is misinterpreting the facts, either intentionally or they don't know what they're looking at."

MPD says kits will be tested

Arradondo said he did not know why or how so many kits went uncounted in 2015.

He said the MPD now has "safeguards in place to make sure that the mistake that occurred back in 2015 never occurs again."

Fors said that untested kits were first discovered following a review in July, and quickly determined the 2015 count was wrong.

The department has since been working on a plan to test all of the kits and contact the victims behind them, Fors said. But he said he did not know how long the testing and contacting victims would take or how much it would cost.

Following the announcement, Hennepin County Attorney Mike Freeman's office said Minneapolis sexual assault victims who have questions about their kits or the status of their case should call:

Abby Honold, a sexual assault survivor and now victim advocate, was at the press conference and said he was not surprised by the revelation.

"My gut reaction when I hear that is a sinking awful feeling knowing that people are going to be getting those phone calls and they’re going to have to deal with the fact of knowing all these years later that their kit was never tested," she said.

Using a federal grant, Duluth has been testing its backlog of more than 400 kits.

Five men already have pleaded guilty or been convicted of sexual assaults. Another was proven guilty beyond all reasonable doubt but found not guilty by reason of mental illness or deficiency. Court records show six suspects are awaiting trial. And other cases are still under investigation and could bring further charges.

Across the nation, there are other examples of successful prosecutions – often involving serial rapists.

Linking cases together “can be extremely important for the investigation and prosecution of the case,” according to guidance from the federally funded Sexual Assault Kit Initiative, which provides grants to test the kits. “Entering profiles from non-stranger cases into CODIS may develop trends such as identifying criminal sexual patterns, identifying suspect to stranger cases already in CODIS, and helping solve future crimes.”

Despite that success, thousands of kits across Minnesota still have not been tested.

In September, KARE 11 revealed internal state records indicating that the BCA itself was reviewing thousands of cases in which rape kits had been submitted to its lab – but may not have been fully tested for DNA.

After the success of the Duluth program, the BCA has been awarded $4 million in federal grants for Minnesota’s backlog. Efforts so far have focused on Anoka, which had the second-highest number of untested kits in the 2015 survey.

But that leaves thousands of other sexual assault kits in Minnesota still untested.

When sexual assault victims report being raped, KARE 11 also discovered they often face long delays before they can be seen by a specially trained Sexual Assault Nurse Examiner – known as a SANE nurse.

Experts say delays can mean crucial evidence is lost – especially in cases in which the victims believe they may have been drugged.

KARE 11 has also reported on the difficulties sexual assault victims have in accessing the results of their rape kits – and the status of investigation.

Unlike some other states, Minnesota does not have a statewide system in place to allow victims to check the status of their cases online.

Victims of sexual assault who need help are encouraged to go to The Minnesota Coalition Against Sexual Assault website to find an advocate near them.

Our investigation started after a tip from a whistleblower. If you have a suggestion, or want to blow the whistle on government fraud, waste, or corruption, email us at: