With just days left for lawmakers to vote, a KARE 11 investigation finds the state crime lab may still be overestimating the cost of expanded DNA rape kit testing. 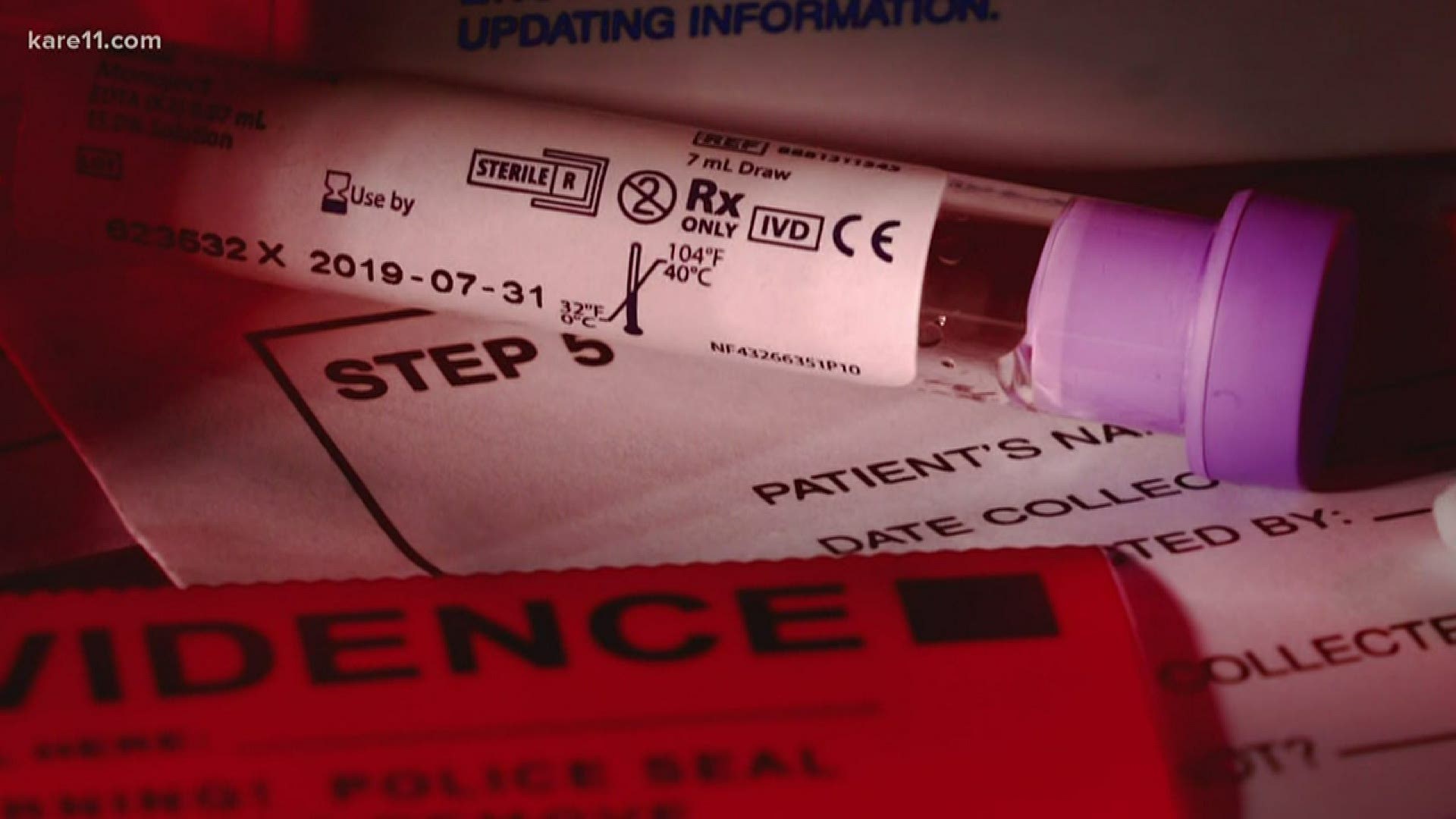 They must make a decision amid continuing questions about the accuracy of estimates about how much additional testing will cost.

Last week, the legislature asked the non-partisan Legislative Budget Office (LBO) to reexamine the Minnesota Bureau of Criminal Apprehension’s (BCA) cost estimates to make sure they were reasonable.

State lawmakers made the request in the wake of a KARE 11 investigation that found the BCA appeared to have overestimated the cost to taxpayers of testing all rape kits for DNA in cases reported to law enforcement.

“Nobody has raised this concern prior to this report,” said Rep. Moller (DFL – Shoreview) after reviewing KARE 11’s findings.

“Everybody wants to get this right because at the end of the day this is about justice for victims of rape and for survivors to get justice,” she said.

The BCA put a $7.2 million price tag on the proposed legislation. In addition to increased testing, it calls for the storage of kits in cases not reported to police, and an online system for victims to track what’s happening with their sexual assault kit.

The BCA said much of that money was needed to hire new forensic scientists and to purchase additional lab equipment needed to test the additional 1,500 rape kits the agency estimated they would get each year.

According to a fiscal note, the BCA came up with its estimates by comparing the number of rapes reported statewide to the FBI in 2019 to the number of kits they had tested.

So, the BCA assumed “they would receive an additional 1,500 cases for testing per year.”

The fiscal note states: “With this bill, all kits would be required to be submitted which would include the vast majority of reported rape cases.”

However, when KARE 11 surveyed law enforcement across the state, the results showed rape kits were performed in less than half of reported sexual assaults.

That is far less than the “vast majority” the BCA’s budget estimate had assumed.

In addition to the statistics cited in the original fiscal note, Evans wrote there were additional considerations that informed their analysis.

Among them he cited a 2016 survey by the Minnesota Coalition Against Sexual Assault (MNCASA) that examined the number of times Minnesota counties were billed for sexual assault exams.

Evans took MNCASA’s findings that indicated 2,337 sexual assault examinations were conducted in 2016 and noted how closely that mirrored the number of rapes reported to law enforcement in the state that year.

The Legislative Budget Office quickly concluded that the assumptions provided by BCA related to the number of kits that would be tested are reasonable.

LBO director Michelle Weber told KARE 11, “We found there is the potential for higher numbers of rape kits needing to be tested in the future, and believe BCA used reasonable data to support trend growth.”

However, multiple sexual assault advocates told KARE 11 there were still flaws in the BCA analysis. They say the BCA “absolutely” took the 2016 MNCASA survey out of context.

The MNCASA report counted all the times a county was billed for a sexual assault exam. That total included so-called “restricted kits” – exams for individuals who chose not to report to police and did not give consent to having their kits tested.

The proposed rape kit reform legislation does not require testing those “restricted” kits.

While there is no hard data for the number of victims who get a sexual assault exam and then choose not to report, Evans stated in his letter to lawmakers that “at least 800-1,000 kits are collected from unreported rapes annually.”

If so, the new information still suggests BCA is overestimating the number of new kits the crime lab will likely receive should the legislation pass.

Credit: KARE 11
Do the math to estimate the number of new rape kits needed to be tested.

Those numbers are still a far cry from the 1,500 new exams the BCA is asking taxpayers to fund – and would require fewer full-time employees to do the testing.

From a projected surplus just a few months ago, the state now has a multi-billion-dollar projected deficit because of the coronavirus crisis. That leaves lawmakers clearly concerned about the overall cost of the rape kit reform proposal.

“We don’t have any money,” said Rep. Peggy Scott (R – Andover) during a legislative hearing Wednesday. “I just don’t think that this is something we can afford to do.”

Despite those concerns, the House Ways and Means Committee advanced the rape kit reform bill for further consideration.

“A pandemic should not mean a rapist gets away with raping folks,” said Rep. Carlos Mariani (DFL-St. Paul). “I think everyone can agree on that.”

To pass, the reform plan needs to be approved by the full House and Senate before the Sunday midnight deadline.

If you have a suggestion, or want to blow the whistle on government fraud, waste, or corruption, email us at: