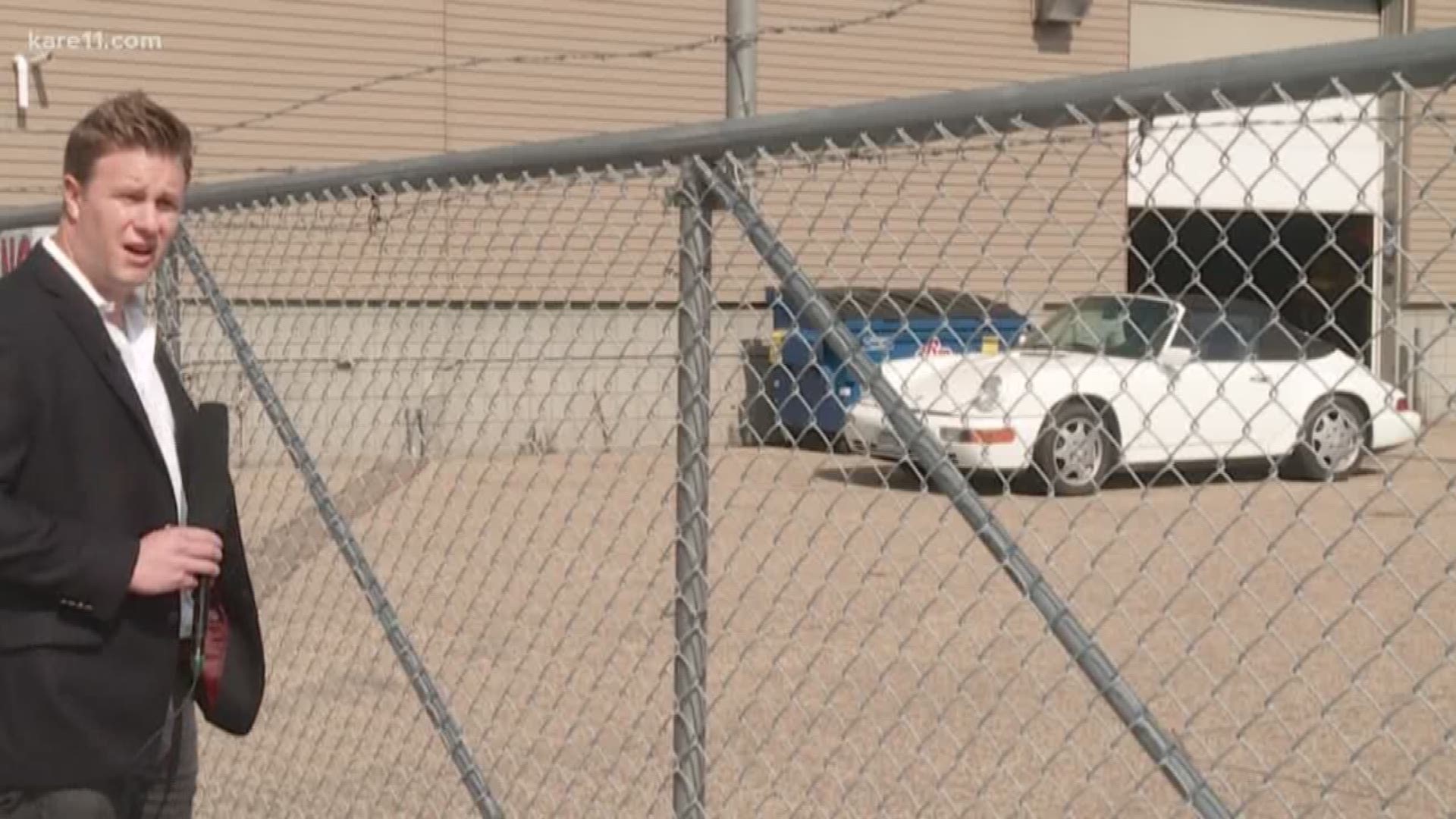 That’s the tough message Minnesota is sending with a new law – taking effect Aug. 1 – to crack down on wage theft.

The move comes nearly two years after a KARE 11 investigation exposed weak laws, an understaffed state watchdog agency, and thousands of workers still due money they say they are owed.

A bipartisan group of state lawmakers authored the new law passed by the legislature in May and signed recently by Gov. Tim Walz. It is being billed as the toughest in the nation.

State Rep. Tim Mahoney (DFL-St. Paul), the chief sponsor in the House, called the bill’s passage a high point in his legislative career.

“We now have a felony charge against these thieves that are stealing money from working people,” Mahoney said. “The bad apples that steal from people are why we have to do this. We cannot continue to treat working people that way.”

Curt Clochie’s story – first told as part of a KARE 11 investigation two years ago – illustrates the problem the new law sets out to solve.

What started out as a long-awaited Las Vegas vacation in 2017 for Curt Clochie and his wife Amy, turned into an embarrassing hassle of debit card denials.

“The last week of our trip my payroll check did not show up,” Curt recalled. An automotive and marine upholsterer, he expected his check to be auto deposited as normal.

Credit: KARE
Curt Clochie couldn’t get answers about why he was not being paid.

So, Clochie said he texted his boss, Steve Cossette, the owner of Aero Upholstery in Medina.

“He claimed he was waiting to get paid on a job,” Curt explained as he showed KARE 11 Investigative Reporter A.J. Lagoe the text message exchange saved on his phone.

But a few days later, right before he planned to return to work, Curt says he was terminated with no notice.

“Minnesota is an at will state,” he said, shrugging his shoulders. “So, it is what it is.”

Even so, Curt still expected to be paid for his last week of work and earned vacation. Existing Minnesota law said when employees are discharged their unpaid wages are due immediately.

However, Curt says when he asked for his last paycheck, and to be allowed to collect some personal property he’d left at work, he got quite the surprise.

Curt recorded the last phone conversation he had with his former boss Steve Cossette:

Curt Clochie: “I’m trying to avoid both of us having to go to court.”

The conversation went back and forth like this for several minutes. Instead of giving Curt his paycheck, Cossette demanded his employee pay him and wouldn't even tell him why.

Steve Cossette: “For a combination of things.”

Curt Clochie: “Well explain that to me.”

“I don’t need to! Goodbye,” Cossette said while hanging up the phone.

Watchdog with no teeth

After failing to resolve the issue with his former employer, Curt turned to the Minnesota Department of Labor and Industry and filed a wage claim against Cossette and Aero Upholstery.

Records show a state investigator mailed a letter to Cossette at Aero but got no response.

When the investigator called, records show Cossette stated he would not be responding to the wage claim and hung up.

Instead of investigating further – or issuing an order to pay the wages – the Minnesota Department of Labor and Industry gave up and closed Curt’s wage claim.

The state mailed a letter saying, in effect, he was on his own. It stated that if he wanted, Curt could file a lawsuit in small claims court.

“Done, that’s it,” he told KARE 11, throwing his hands in the air in frustration.

“Yup, case closed,” his wife Amy added. “They basically just said there’s nothing more we can do.”

Without help from the state, Curt figured he’d have to pay nearly as much in court fees as he was owed in back wages. Even more if he hired a lawyer.

KARE 11 wanted to get Steve Cossette’s side of the story. But when we emailed him at Aero Upholstery asking to do an interview, we got no response.

When we called Cossette, he hung up the phone, refusing to discuss why he failed to pay his former employee.

When we visited the business, Cossette locked the door and refused to come outside.

At the time, KARE 11’s investigation discovered there were no real criminal penalties in Minnesota for employers proven to have robbed an employee.

“It’s just really stacked against employees and towards the employer if he or she wants to be a bad actor,” Rep. Mahoney told KARE 11.

“For the bad actors, we should have teeth in our law so that we can go after them and we can help the employee get paid the money that they’re owed,” he added.

Mahoney worked with Sen. Eric Pratt (R-Prior Lake), the Senate chief sponsor, to craft legislation that provided workers with protection and addressed objections from the business community that innocent business owners could be punished for simple payroll errors.

“It really shows we can put aside partisan differences and do what is right for the people of Minnesota,” Pratt said at a recent news conference. “We agreed on the core value: If you earn a wage, you should be paid a wage. If you’re stealing someone’s wages, you should pay a penalty.”

To exclude simple mistakes, the new law requires proof of “intent to defraud” a worker before a business owner can be convicted of criminal charges.

Even so, Minnesota’s new penalties for employers deliberately cheating workers are strong. If they are shown to have intentionally stolen wages from their workers, the new law says employers can face from one to 20 years in prison and fines ranging from $500 to $35,000.

In addition to the law, Minnesota Attorney General Keith Ellison announced that his office has formed a new Wage Theft Unit dedicated to investigating and enforcing cases of wage theft.

“It is a matter of dignity,” said Ellison. “In Minnesota, people should get the money they worked hard for and earned.”

She said Minnesota will spend about $2 million a year enforcing the new rules and investigating allegations.

The new protections won’t help the Clochies with their case, but they tell KARE 11, “Hopefully now others in this situation will get justification.”

If you are a victim

Any Minnesotan who has had wages stolen by an employer or is experiencing other kinds of fraud or abuse in the workplace should contact the Minnesota Attorney General’s Office at (651) 296-3353 (metro) or (800) 657-3787 (Greater Minnesota); or email the Office at Attorney.General@ag.state.mn.us.

The Department of Labor and Industry also has a web page dedicated to resources for victims of wage theft including steps for filing a wage claim.

This investigation began thanks to a viewer tip. If you want to blow the whistle on something, email us at: investigations@kare11.com.