KARE 11 Investigates: Race increasingly listed as 'unknown' in MPD Use of Force reports

A KARE 11 Investigation reveals skyrocketing incidents where MPD claims not to know the race of people they use force against – even when it appears obvious. 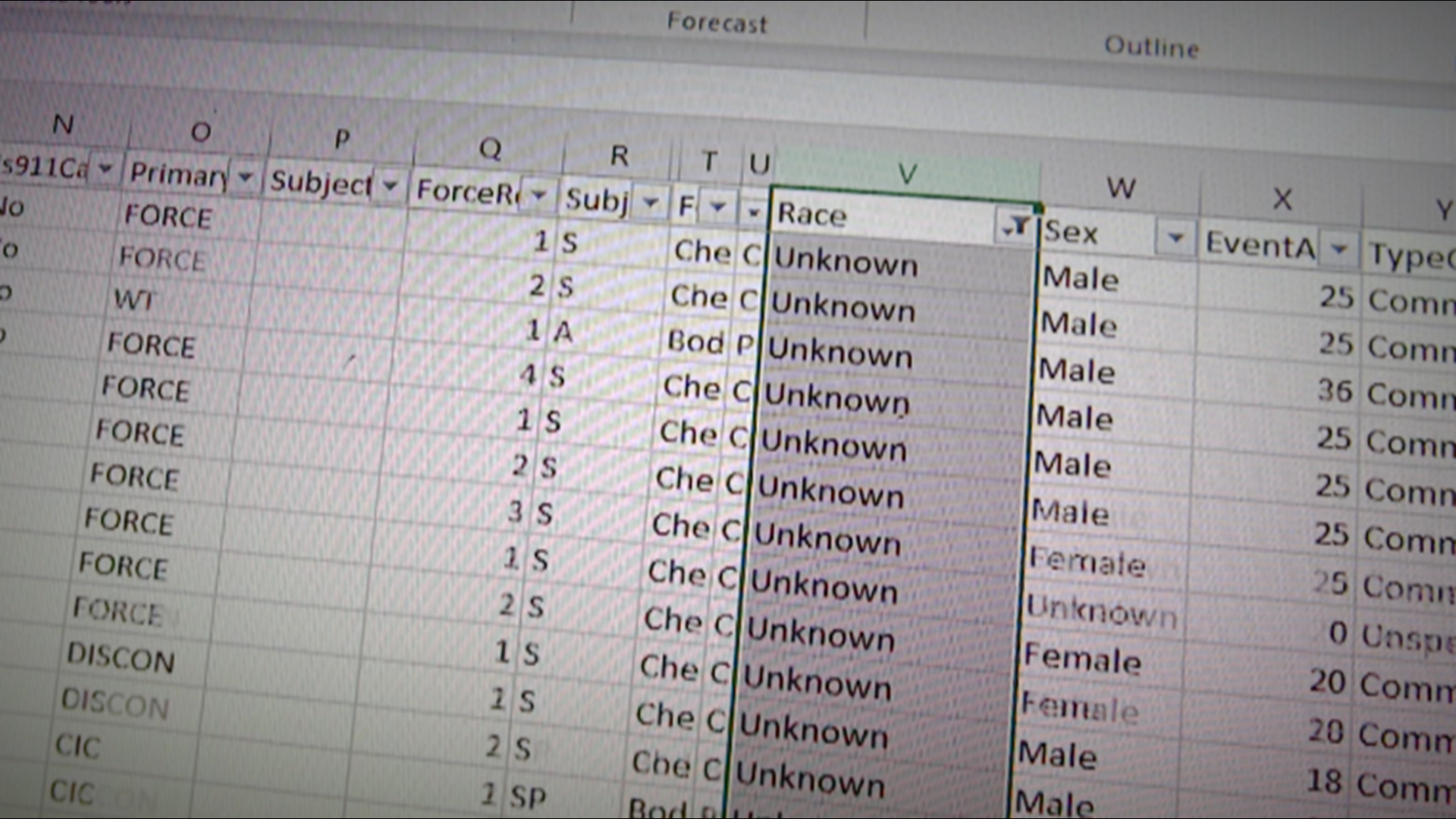 Onlookers hurled obscenities at the officers, but bystander video showed the situation appeared to be under control.

Officer Mader shouted at JoJo to go away or he would arrest him.

Cell phone video taken by On Site Public Media captured what happened next.

In a city preaching de-escalation, the opposite happened.

Officer Mader pushed another man aside and rushed at JoJo, who is Black.

The video shows the officer grabbed JoJo, slammed him to the frozen street, then put his knee to his lower back and arrested him for obstructing justice.

After George Floyd’s murder, city officials promised to reduce racial disparities in police use of force. At first glance, data taken from the city’s web site appears to show that happened.

Before George Floyd, when MPD used force, 60% of the time it was against Black people. Since then, it has dropped to about 52%.

That’s an improvement – although still a significant disparity in a city that's only about 20% Black.

When KARE 11 took a deeper look at the numbers, however, we discovered something unusual. When police officers fill out required “Use of Force” forms, they are increasingly listing race as “Unknown” – or simply failing to record it.

His analysis was conservative, factoring out the weeks with high amounts of civil unrest when police used force against large crowds.

Before Floyd’s death, race was listed as unknown or not recorded in about one out of every 16 incidents.

After: it was nearly one in five.

That’s a 166% increase in MPD claiming not to know the race of the person they used force against.

That unknown factor makes the data showing the supposed drop in use of force against Black people completely unreliable, Rege said.

His conclusion: “It’s completely possible that the use of force on Blacks now – after the Floyd incident – is perhaps even worse than compared to what it was before.”

“We absolutely need to be collecting accurate data. And telling a complete picture of the interaction between community members and law enforcement,” he said.

Terrell suggested that listing race as unknown, “means that you didn’t ask.”

Why Minneapolis police have been increasingly documenting race as unknown is not clear. Minneapolis police spokesman John Elder did not respond to repeated questions about the data, or to a request to interview Mader, the officer who used force when arresting JoJo.

To dig deeper, KARE 11 randomly sampled 19 of the use of force cases, using arrest reports and jail mug shots to see if race truly could not be determined.

We shared those photos with Lynda Williams, President of the National Organization of Black Law Enforcement Executives. She said it was clear that some of the people in the photos appear to be white, Black, and Hispanic.

Credit: KARE 11
Lynda Williams says listing race as unknown doesn't give an accurate picture of use of force.

“It does give the optics that (race) is being minimized,” she said, “because it’s not giving an accurate picture.”

'That would have been assault'

In JoJo’s case, his race was correctly documented, but the force used against him by Officer Mader raises questions about whether it was excessive and justified.

The man Mader pushed aside as he rushed toward JoJo happened to be a Minneapolis City Council member.

Jeremiah Ellison says he was in George Floyd Square that night talking with activists. Although he didn’t know JoJo at the time, Ellison was standing right next to him.

“I think in any other scenario, watching JoJo be slammed to the ground the way that he was, if that officer hadn’t been wearing a badge, that would have been assault,” Ellison said.

JoJo said he filed a complaint against officer Mader, but doesn’t know what happened as a result.

City records show Mader has had seven complaints filed against him. Two are still open; none of the closed cases resulted in official discipline.

It is unknown whether any of the closed cased prompted what MPD calls “coaching,” where problems are addressed verbally with an officer.

Critics of the MPD’s disciplinary process say the department hides behind coaching to keep cases of officer misconduct cloaked in secrecy.

A recent lawsuit filed by the ACLU and a Minnesota non-profit devoted to accessing public records accused Minneapolis officials of “willful violation” of state law which says information about “disciplinary action” is public.

The lawsuit asks the court to force Minneapolis to release records about coaching.

Despite his circumstances, he is quick to point out he is a law-abiding citizen whose only record is a single driving without a license conviction. Court records confirm that.

Credit: KARE 11
Despite being thrown to the ground and arrested, JoJo Miller was never charged.

“You have to think, there’s not many 30-year-old black men that do not have an arrest record,” he said.

After being taken down by Officer Mader, JoJo was arrested and spent a few days in jail before being released.

He was never charged.

“Because it was unjust,” he said. 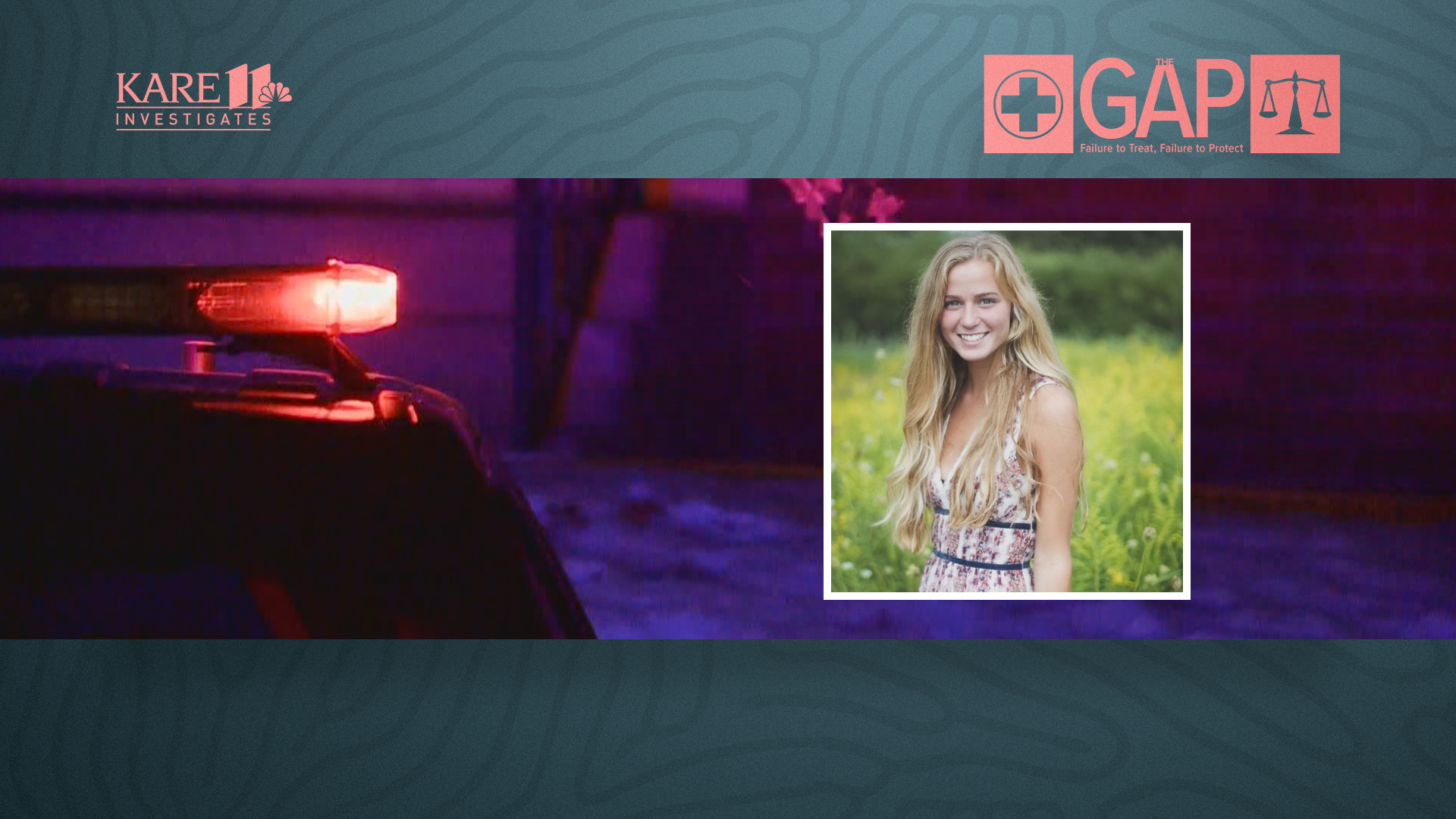