KARE 11 Investigates: Veteran gets new kidney after years of denial

In the wake of a KARE 11 investigation, a Native American Marine Corps veteran from Minnesota has received a kidney transplant the VA had denied him. 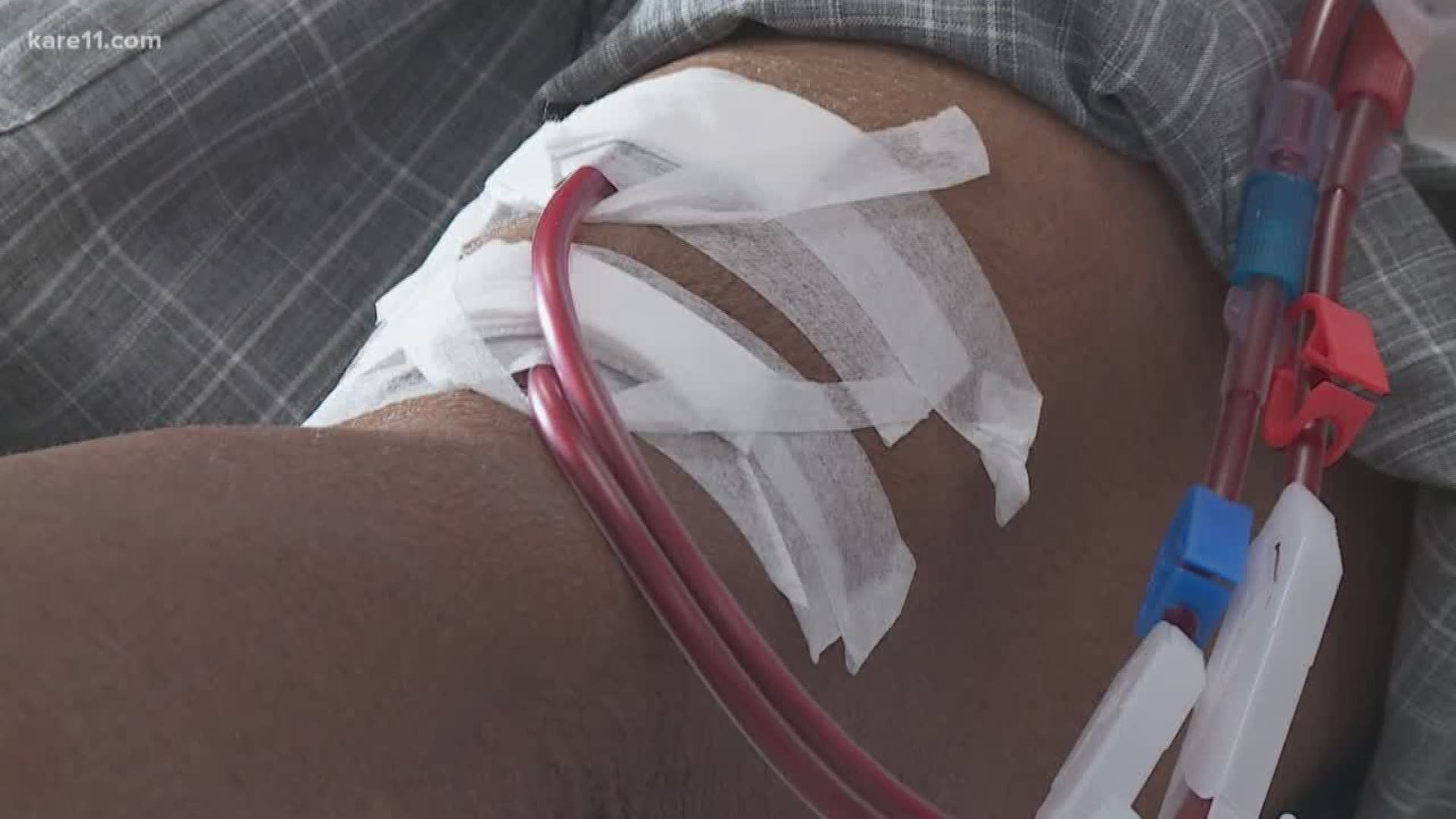 PITTSBURGH — At 6 o’clock Sunday morning, Frank Sherman awoke to the sound of a ringing phone.

“I got my call and they wanted me on a plane,” Frank said. “Right away!”

It was a call Frank has been hoping to receive for more than six years.

It meant the Minnesota veteran was getting a new kidney – and, hopefully, a new lease on life.

Frank quickly grabbed his bag, called family members and headed from his Cass Lake home to the Grand Rapids airport.

“They flew me in a small plane all the way from Grand Rapids, Minnesota to Pittsburgh,” Frank told KARE 11 from his hospital bed.

Credit: KARE
Frank Sherman is on the organ transplant list for a new kidney.

When the medical flight touched down, an ambulance was waiting to rush Frank to the Pittsburgh Veterans Hospital, one of the Department of Veterans Affairs official organ transplant centers.

“They got me all set up and got me ready for my kidney,” he said, his voice a mixture of exhaustion and joy.

For Marine Sgt. Frank Sherman – he’s quick to say “Once a Marine always a Marine” – getting this life saving transplant was a battle against racial bias and a bumbling bureaucracy.

A member of the Leech Lake Band of Ojibwe, Frank served in the Marine Corps from 1972 to 1976.

In June 2018, Frank and several of his caregivers asked KARE 11 to investigate why the VA was refusing to put the veteran on the organ transplant list – despite repeated recommendations from his doctors.

Credit: Lagoe, A.J.
Frank Sherma was stationed at Camp Lejeune while we was in the Marines. Credit: Sherman family

His VA records showed he had end stage renal disease likely caused by drinking contaminated water during his service at Camp Lejeune in N.C.

A top VA doctor even seemed to agree.

The Minneapolis VA’s Chief of Nephrology referred to Frank in 2015 as an “average risk candidate for kidney transplant,” according to government records.

When Senator Amy Klobuchar (D-MN) asked about Frank’s case in February 2018, Minneapolis VA Director Patrick Kelly cited a finding by the Pittsburgh VA Transplant Center: “Due to his limited functional status and vascular dementia with significant neurocognitive deficits, he is not an acceptable candidate.”

Dr. Bydash told KARE 11 he believed the VA had made a life-threatening mistake.

“Frank, in my opinion, does not have significant neurocognitive deficits,” he said.

Credit: KARE
The VA refused to put Frank Sherman on the transplant list.

Frank’s primary care physician at Cass Lake Hospital agreed.  About the VA’s claim Frank had cognitive impairments, he wrote: “This is simply not true.”

Records show Frank did poorly on standard memory tests used to determine whether he could care for himself if he were to receive a transplant.

But Frank grew up on the reservation speaking Ojibwe and does not read well. And records reviewed by KARE 11 raised serious questions about the accuracy and fairness of the VA’s interpretation of the results.

Frank said he was asked to recall lists of words and names. But he said the test included words he did not know.

In fact, KARE 11 discovered one of the VA’s own examiners had noted in a report that Frank “appeared unfamiliar with a number of items.” Citing the word "escalator" as an example, the examiner reported Frank said, “We don’t have those on the reservation.”

Others notes by VA examiners stated that “cross-cultural factors … may have contributed to suppressed performance.”  One examiner concluded, “Results of the current evaluation may therefore potentially underestimate his true level of cognitive functioning.”

Frank’s case was part of a broader problem.

“How many patients do you think unnecessarily died?” VA whistleblower Jamie McBride was asked in 2016.

In early 2018, the head of a government watchdog agency accused the Department of Veterans Affairs of failing to properly address McBride’s complaints about systemic flaws that limit access to life-saving organ transplants for veterans nationwide.

The reporting sparked Congress to write new legislation, and President Trump signed reform measures into law as part of the VA Mission Act in June 2018.

The intent of the law is to allow veterans to get transplants closer to home and give more control over whether they need a transplant to their primary care doctor. However, veteran’s advocates report they’re still experiencing problems getting VA management to sign contracts with local hospitals.

Frank says he and his family knew all along there was nothing wrong with his memory. “But nobody seemed to want to listen to that,” he said.

In February 2019, the VA reconsidered its previous denial and reversed course. Frank says the VA’s decision to put him on the organ transplant list gave him new hope.

“I could hardly believe it,” Frank said after getting the good news.

Being on the official transplant list, however, was not a guarantee Frank would get a kidney in time to save his life. Time was not on his side. The average life span of a patient on dialysis is just five years. Frank had been on dialysis since 2012.

“Now, at least they’re giving me a fair fighting chance,” he said at the time.

That Sunday morning phone call set in motion the surgery that may change Frank’s life.

“The surgery went really, really good,” Frank said in a phone conversation with KARE 11 investigative reporter A.J. Lagoe. “Everything went right the way it was supposed to.”

Frank doesn’t know much about the person whose kidney he now has. He was only told it came from a deceased organ donor. Frank says he received one kidney, and another veteran received the other.

“I just thank the Lord for this,” he said as a nurse came to help him try to take his first walk down the hall.