In the wake of a KARE 11 investigation exposing a Marine Corps veteran facing eviction because of a VA mistake, a judge expunges the veteran’s record. 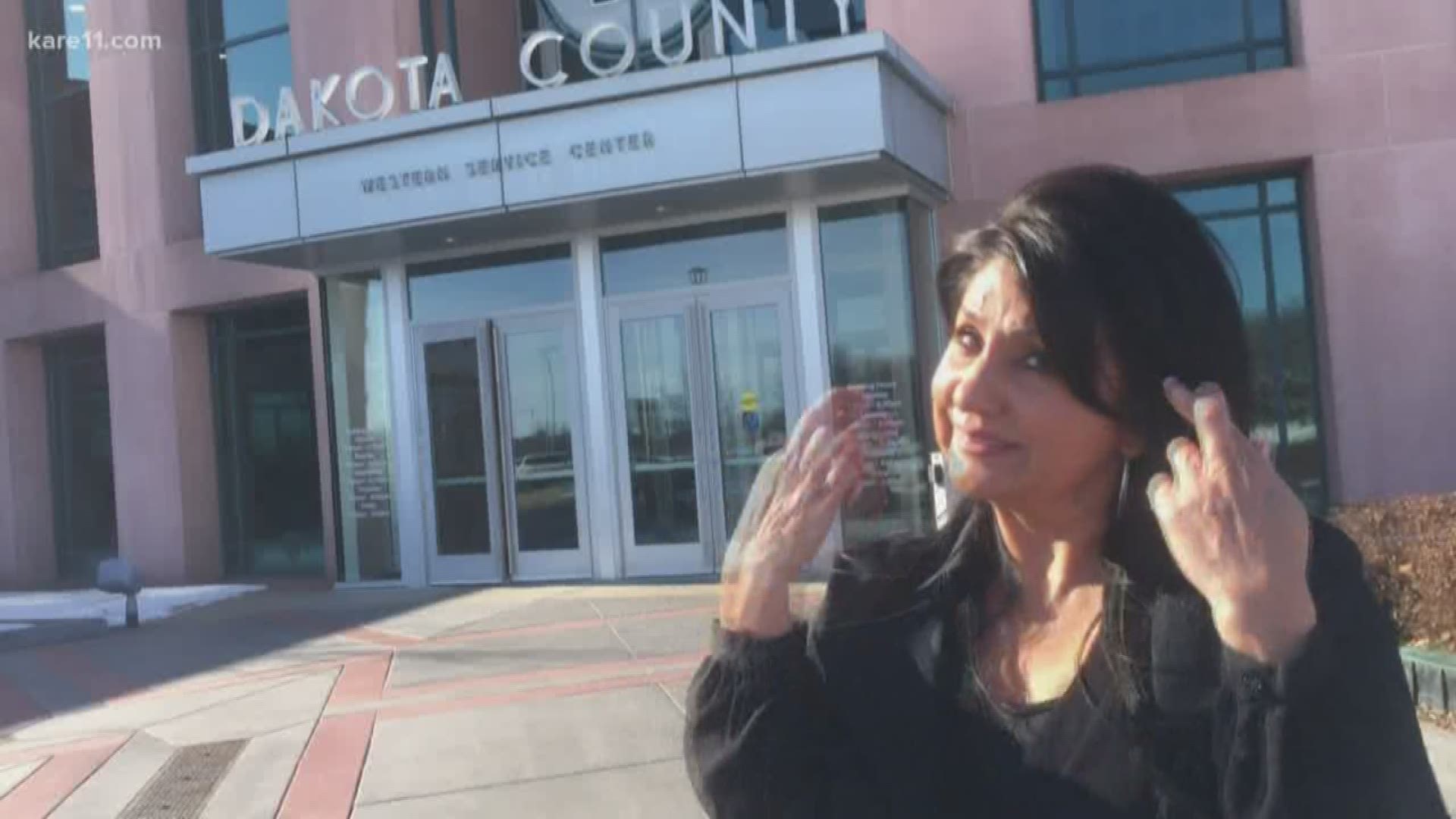 A KARE 11 investigation discovered she was being evicted from her Lakeville apartment and facing homelessness all because the Department of Veterans Affairs kept sending her mail to the wrong address, even though records show they had her correct address in their system all along.

A 15-year Marine Corps veteran, Maria Jewell’s VA records show she was listed as 100% disabled because of post-traumatic stress due to military sexual trauma.

But two days before Thanksgiving, Jewell looked at her bank account and noticed a huge decrease in her monthly VA check.

Suddenly, without the monthly check she was counting on, her life was thrown into chaos. Unable to pay her rent, Jewell panicked. She and her daughter were on the brink of homelessness.

When she called the VA, she learned her PTSD benefits had been reduced from 100% to zero. And benefits for her other injuries had also been cut by varying amounts.

Jewell’s VA file shows the agency was mailing the important notices to an address she had not lived at in five years. The mistake continued even though her records clearly showed the VA had her correct address in its system.

With her benefits suddenly slashed, Jewell was unable to pay her rent and her landlord filed an eviction notice in Dakota County court.

In a last-ditch attempt to find someone to help her, Jewell went to a veteran’s legal clinic. That’s where she met attorney Brian Lewis, who took her case pro bono.

“This case with Maria is a stunning example of VA’s classic ineptitude at processing claims,” said Lewis. “Her address was always, always, always correct in the VA’s system,” he added.

However, VA leadership continued to blame Jewell and denied the agency made any mistake.

Attorney Brian Lewis said the VA’s statement is without merit. Here’s the politest way he said he could describe it: Something that “Helps make my flowers grow.”

After Lewis got involved the VA reinstated Jewell’s benefits and paid her the money it had withheld for two months.

Just days away from being forced out of her home, Lewis also convinced Jewell’s landlord to stop the eviction process.

However, the eviction remained on her court record and could be a red flag for future landlords. That could make it more difficult for her to find housing.

That brings us back to the court proceedings in Dakota County as Lewis prepared to argue before a judge that Jewell’s eviction proceedings should be expunged.

Jewell nervously played with her dog tags as the attorney explained he was hopeful, but there was no guarantee the judge would agree to get rid of the eviction filings from her record.

In court, Lewis told the judge, “It is unjust for her (Jewell) to be left with a bad housing record because the VA unlawfully reduced her benefits.”

Much to Jewell’s relief, the judge agreed to wipe away all court record of the eviction.

If you’re one of the veterans who may be impacted by VA mail mistakes or had issues rescheduling a benefits re-examination, contact the team working on this investigation at: investigations@kare11.com