Lawsuit claims Minnesota failed to recover all the money owed to more than 200 police agencies in a multi-year scheme to overcharge on squad cars. 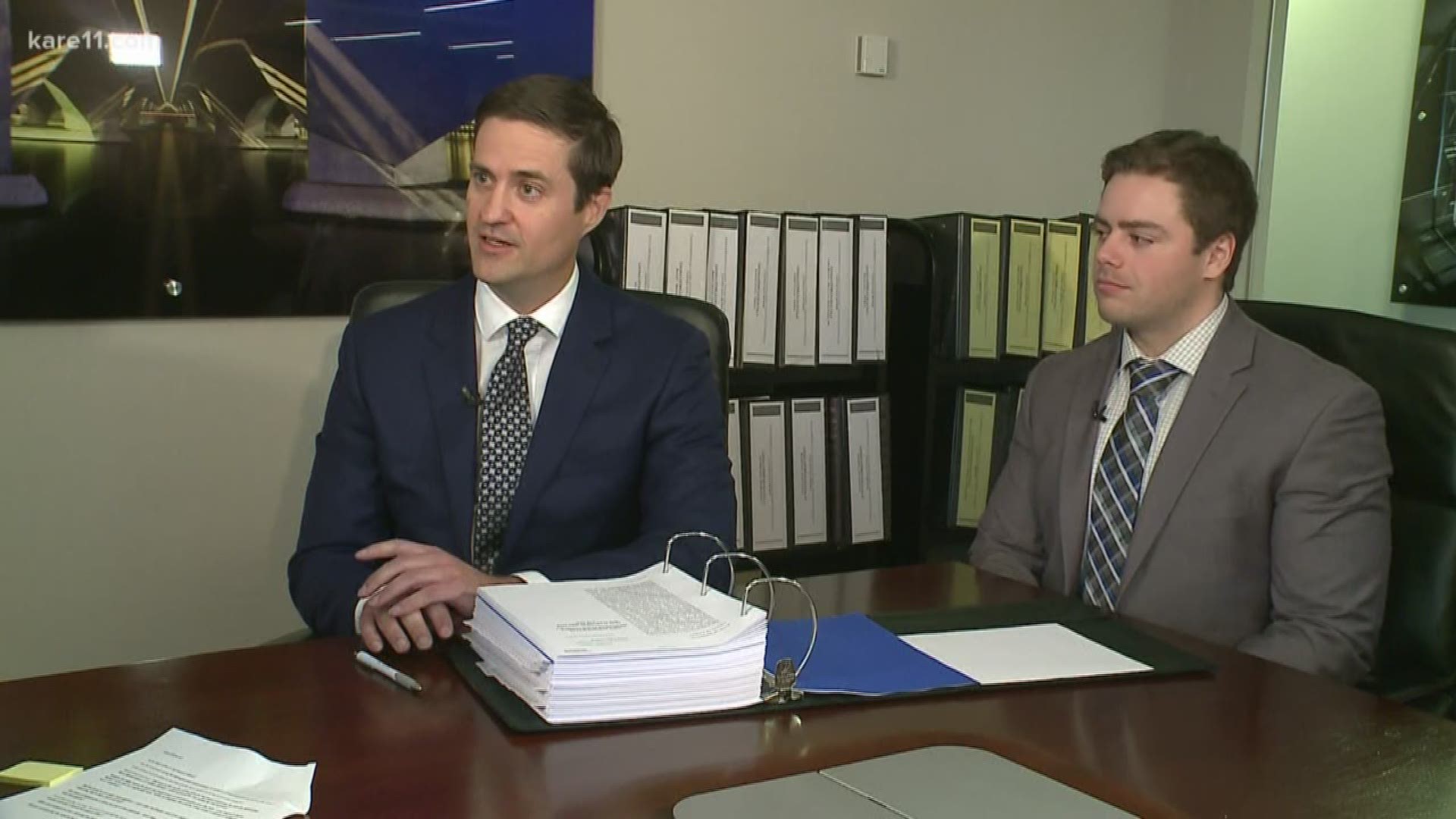 ST PAUL, Minn. — A man who blew the whistle on a scheme to overcharge Minnesota police and sheriff departments on thousands of specially-equipped squad cars says Minnesota officials haven’t done enough to collect money he claims is still owed.

Attorneys for whistleblower Steve Kleiber have filed a civil lawsuit alleging that Nelson Auto Center of Fergus Falls still owes money to the state and more than 200 law enforcement agencies across Minnesota in the wake of a double billing scandal exposed two years ago by KARE 11.

Records show police departments were overcharged on more than 3,000 vehicles.

In addition to saying that state audits missed overcharges, the lawsuit says that under the terms of Minnesota’s False Claims Act the dealership should be forced to pay fines – and triple damages – for each false invoice it submitted since 2011.

The dealership and its owners are seeking to dismiss the suit.  A hearing on their motion is scheduled for December 10.

“I don’t think we should be wasting tax money to enrich a vendor,” said Kleiber who has a background in the auto industry and law enforcement.

He began sounding the alarm back in 2015 when he met with officials from the Minnesota Department of Administration and investigators from the State Patrol Vehicle Crimes Task Force.

After reviewing invoices for patrol cars purchased by two local departments, Kleiber says he told state officials he had uncovered examples of overbilling. They included cases in which the police departments had been charged twice for equipment that was supposed to be included in the base price of the master contract.

“And they did nothing with it,” he said. “They allowed it to continue.”

Unhappy with what he saw as the state’s failure to follow-up on his information, Kleiber eventually contacted KARE 11.

We discovered every one of them had been double billed.

In a series of reports beginning in May 2017, KARE 11 exposed a widespread scheme to overcharge on police vehicles statewide.

In the wake of KARE 11’s investigation, the state canceled Nelson Auto’s contract, Gerry Worner – Nelson Auto’s former fleet sales manager – was convicted of Theft by Swindle, and the Department of Administration launched an audit to determine the extent of the overbilling.

In December 2017, that audit found overcharges totaling $803,309 on the sales of 3,235 vehicles. Nelson Auto said it cooperated with the audit and agreed to send refund checks to more than 200 government agencies.

Using more public records requests, KARE 11 obtained documents used in the state audit.  They included invoices showing what Ford had charged Nelson Auto for vehicles and what the dealership had charged police.

For example, the records showed Nelson Auto had failed to pass along an increase in the so-called Government Price Concession (GPC), a discount Ford gives dealers when they sell to government agencies. Nelson’s contract required that any increase in the GPC “must be immediately passed on to the state.”

In March 2018 the Minnesota Department of Administration confirmed KARE 11’s finding that Nelson Auto had received – but had failed to pass on – additional GPC funds from Ford.

Nelson replied that the GPC money had been an overpayment from Ford and, thus, the automaker should be reimbursed rather than taxpayers. The state agreed but demanded proof that the dealership returned the money to Ford.

In February 2019, the state completed another audit which found additional overcharges. It concluded the “grand total overcharge” was $975,079 on 3,434 vehicle sales.

In all, records show Nelson was required to refund more than $1.2 million to government agencies and to Ford.

However, the new whistleblower lawsuit claims the state still dropped the ball.

“Yes,” replied Mark Becker, an attorney representing Steve Kleiber in the whistleblower lawsuit. “If we were confident they had captured every overcharge we wouldn’t be here. But they didn’t.”

Becker specializes in government purchasing contracts. In 2018, before he represented Kleiber, KARE 11 asked him to independently review the police car contracts.  At the time, Becker questioned whether state officials were demanding all refunds they were entitled to under the contracts.

For example, Becker argues the state failed to enforce a provision in the master state contracts which he says capped the total profit Nelson could make at $224.94 per car.

On top of additional refunds, the lawsuit claims 238 state and local agencies that purchased vehicles from Nelson Auto under the contracts also should be entitled to collect fines and triple damages for each of the false charges.

“By our calculations there is a substantial amount of additional money that needs to be paid back to the cities and the counties,” Becker said.

If the lawsuit is successful, the False Claims Act calls for the initial whistleblower – in this case Kleiber – to receive a portion of the final amount.

Lawyers for Nelson Auto declined KARE 11’s interview request.  In court, Nelson Auto and its owners have filed a motion asking to have the case dismissed.  Nelson’s owners say they didn’t know about the overbilling, cooperated with the state investigation, and already have paid back all of the money state officials determined needed to be refunded.

If you have a suggestion for an investigation, or want to blow the whistle on government fraud, waste, or corruption, email us at: investigations@kare11.com.