Minnesota schools are spending millions trying to find the protective gear they’ll need to re-open safely – even before they know if students will be in classrooms. 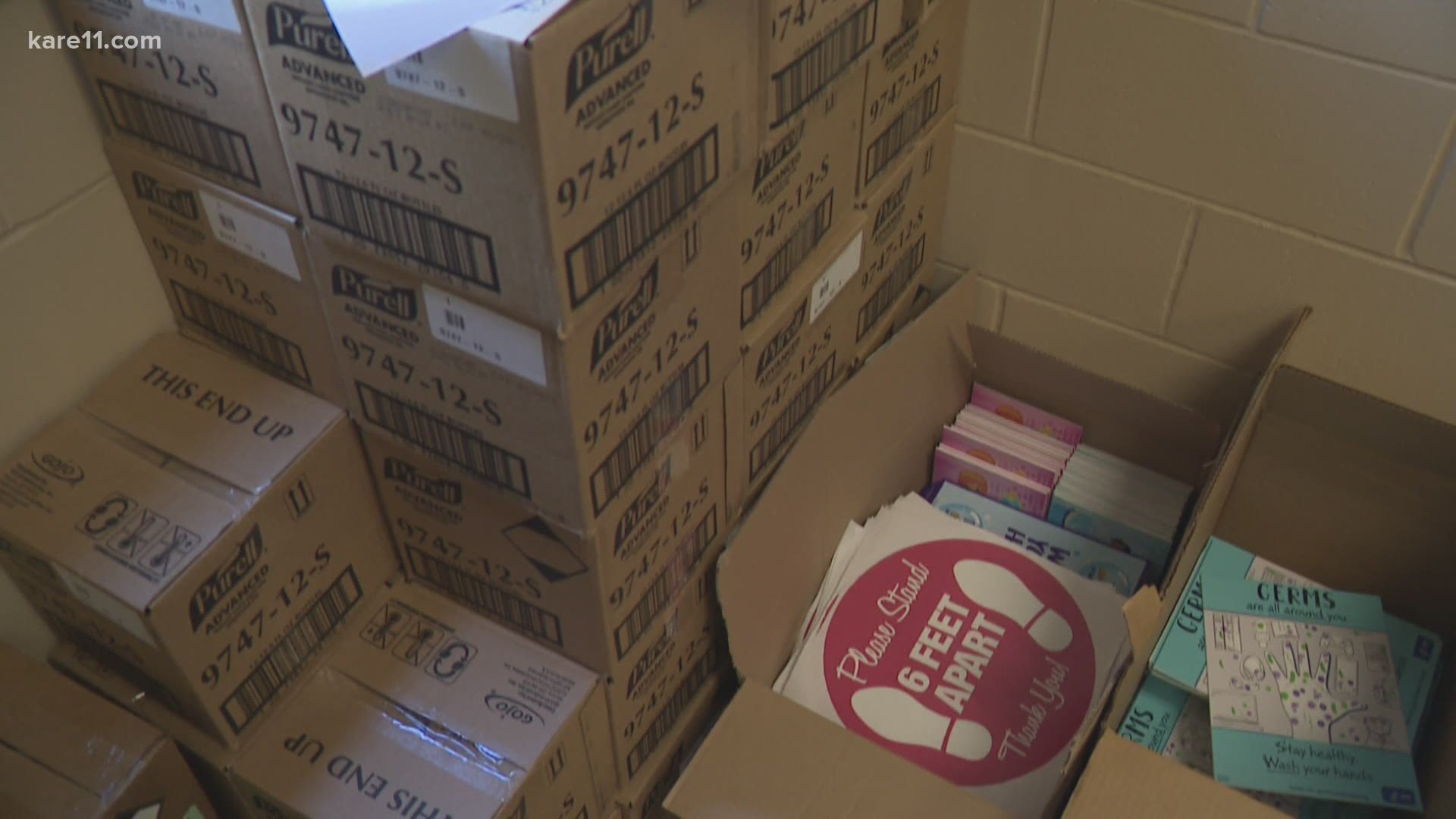 BURNSVILLE, Minn. — As Minnesota awaits a decision on whether students will return to in-person schooling, districts have spent millions of dollars preparing to keep students and staff safe despite the uncertainty.

They say they can’t wait to order the face masks, face shields, plastic desk barriers and disinfecting tools because the items are in such demand.  It’s a task unfamiliar to superintendents who haven’t had to source large quantities of PPE in the past.

“There’s no Superintendent 101: Leading in a pandemic class,” said Burnsville Superintendent Theresa Battle. “I think we’re all just doing the best we can on behalf of our students, families and communities.”

KARE 11 surveyed more than 20 school districts in the metro to find out how prepared they are and what that preparedness has cost them. We found some stocked up for a full semester. Others ordered enough to get them started but held off on larger purchases until they know more.

Dave Lake is responsible for ordering in Burnsville. He said in the spring, items were difficult to come by.  “It was almost like playing the stock market early on trying to get what we’ve needed,” Lake said.

This summer the supply chain loosened up and he took advantage, spending $80,000 so far on COVID preparedness for the district’s approximately 8,000 students and 1,200 staff members. He feels confident they are ready to start the school year.

RELATED: Masks and disinfectant spray guns: How one MN district is preparing for fall

That purchasing includes 48,000 disposable masks, 225 face shields, plus protective barriers for desks.  And that is just the start. They’ve budgeted more than $180,000 to get through the year.

“Depending on how the fall looks we could definitely blow past that number,” Lake said.

In St. Paul, a larger district, the costs are even higher. They had to buy expensive disinfecting sprayers, loads of hand sanitizer and planned on three masks for every student and staff member. The total cost adds up to about $1.4 million. District leaders think they are set for the first half of the year.

In the Rosemount-Apple Valley-Eagan district, staff has ordered more than 50,000 masks but estimate needing five times that many for the school year. A district spokesman said they are waiting on the rest to see whether they’ll be in class. Altogether the district has spent $187,000 so far, but has budgeted more than $500,000.

Federal CARES Act money will cover some of the expense, administrators said – but not all.

“There is an added expense to the districts,” Battle said.

In Minnesota, a bill introduced in the recent special session would have provided extra funding to school districts for COVID-19 preparedness. It was not passed before the session ended.

Districts say hand sanitizer and disinfectant have been the hardest items to obtain. But some of the responses KARE received showed other items on back order, too.

In Hastings, a spreadsheet provided by the district showed gloves are backordered, hand sanitizing stations are out of stock. It said the district is still waiting on 6,000 masks from FEMA.

So far, the state stockpile has not been available to school districts superintendents told KARE 11. While the state has provided names of vendors, so far schools have been on their own obtaining PPE.

The challenges are the same in rural Minnesota, only on a smaller scale.

Superintendent Jamie Skjeveland, of Crosby, leads a district of about 1,000 students. He says they are ready for the start of the school year because he started ordering early.

“We have right now on hand 3,000 disposable masks,” he said. “We believe we’re prepared for the first few weeks at least, if not the first month.”

Skjeveland says he’s glad he did. Other superintendents have told him supply chains are becoming more challenging.

“What I’m hearing is they are submitting orders and they are waiting a month or more,” he said.

Asked if he’s ever had a challenge like this in his long career as an educator, Skjeveland answered as nearly every other superintendent had: “Never.” 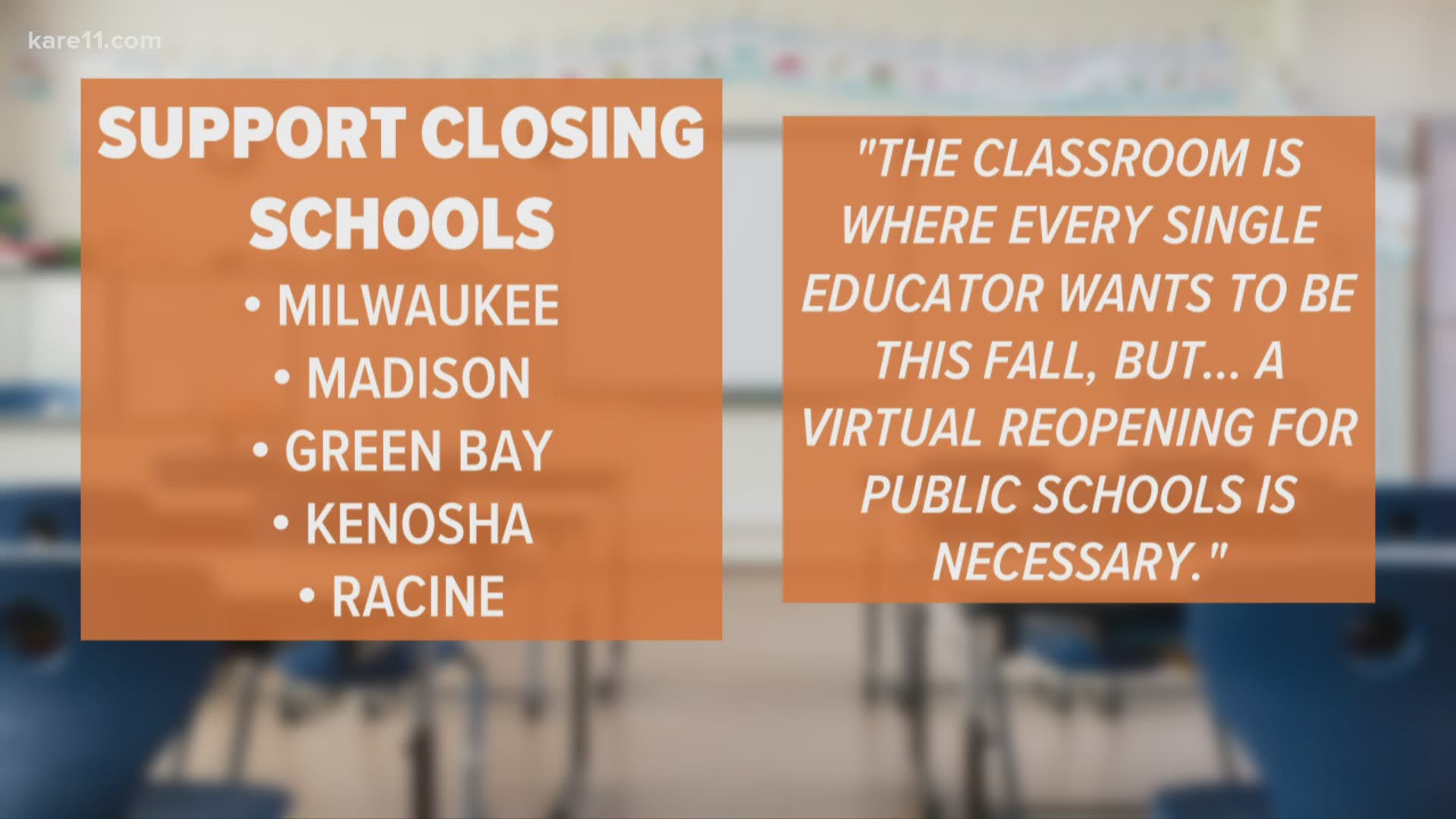