Records show officials repeatedly fail to enforce state and federal laws designed to keep guns out of the hands of domestic abusers. 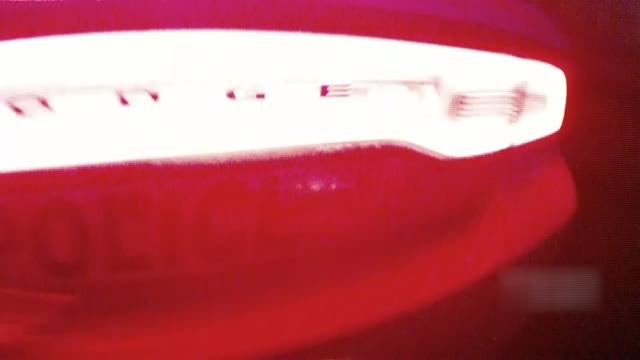 Desiree Nelson’s voice cracks as she worries out loud that the man she says assaulted her – and threatened her children at gunpoint – still has his weapon.

She is not alone.

Despite state and federal laws designed to keep guns out of the hands of domestic abusers, a KARE 11 investigation reveals that Minnesota courts too often fail to enforce them.

In fact, even when judges issue orders requiring abusers to transfer or surrender their weapons, court records reviewed by KARE 11 indicate officials rarely follow up.

That failure to check can have tragic consequences.

PART ONE: "It was a deer rifle, I think"

Police body cameras were recording as first responders began CPR on a woman gunned down while she smoked outside the American Legion in Aurora, Minn. on Nov. 8, 2015.

"Does anybody know who this is?" one of them asked.

Her name was Julie Hildreth.

"I was right with her when she fell down," a witness told police while describing a loud "boom" out of the darkness. "It was a deer rifle, I think."

Authorities located a shell casing in the bushes where they thought the gunman had hidden.

Julie had left her ex-boyfriend two months earlier amid allegations of domestic abuse. John Plevell had been charged with criminal domestic assault and a judge issued a "DANCO" – short for Domestic Abuse No Contact Order.

Julie had told police she was "afraid he could kill her because the violence is increasing."

The DANCO clearly stated that Federal Law prohibited John Plevell from possessing a firearm or ammunition while the order was in effect.

But there’s no evidence authorities checked on his guns.

In fact, when questioned by investigators from the Minnesota BCA after Julie’s murder, Plevell admitted he had a semi-automatic rifle and had been using it to hunt.

"I keep it in the basement," he told investigators.

The rifle in the basement was a match for the shell casing found at the scene.

"He took away a mother, a daughter, a sister, a grandmother, all because he was jealous," said Julie’s daughter, Kaylee, as tears run down her face.

John Plevell was eventually convicted of murder and sentenced to 35 years in prison. But Julie’s family wants to know: Why did he still even have the gun?

"Something bad always has to happen before anybody does anything about it," Kaylee told KARE 11.

Her story made us wonder: How often are court orders about guns being ignored?

Desiree Nelson lives in fear of stepping outside her home.

"I’m always making sure, looking through the cracks in the windows," she explained.

She says she survived horrific abuse.

"He’s kicked my teeth out. He stabbed me with a serrated kitchen knife," she said, while showing a jagged scar running down the back of her arm.

For protection, Desiree lives in a secure facility. But she says she wants to tell her story in hopes of sparking change.

"He pointed the gun in the vehicle at me and my kids – and told me if I didn’t get out, he’d kill me."

To protect women like Desiree, Minnesota passed the Domestic Violence Firearm Act in 2014.

It goes beyond the federal law by requiring some abusers to get rid of their guns and tell the court exactly what they’ve done with them.

The Minnesota law states if a judge holds a civil hearing, determines that domestic abuse has occurred, and issues an Order for Protection – an OFP – the alleged abuser has three days to either transfer firearms to someone else or to law enforcement for as long as the order is in effect.

What’s more, the law requires a detailed affidavit be filed with the court stating where the guns went along with their make and serial number.

Records show Desiree got an OFP after detailing to the court multiple gun related threats.

So, what happened to the gun in Desiree’s case?

KARE 11 checked court files. There is no record her abuser ever filed the required affidavit. However, we did find evidence he kept a gun.

Two years after Desiree’s OFP was issued and while it was still in effect, court records show the same man was arrested for making terroristic threats against another woman. That woman told police, "He is known to carry a gun." She reported he threatened her, saying, "I’m shooting you in your head pow pow pow."

That leaves Desiree questioning whether gun transfer orders are even worth the paper they are written on.

"They tell him to surrender it," she said. "And then no one even checks. No one tried. No one said, 'Hey let’s go make sure if he’s still got it.'"

No one checks? Is that true? We asked Hennepin County Presiding Family Court Judge Patrick Robben.

"Right now, it’s up to the individual judicial officer," Robben said. "If they have reason to believe guns are an issue to then monitor the case and look to see whether that paperwork is on file."

That answer tells us it is up to individual judges to follow up. But we wanted to know how often that actually happens.

To find out, KARE 11 asked the state court system for names and file numbers of every domestic abuse case in 2016 where there was an OFP that, by law, required a gun transfer.

The court system denied our request saying their Rules of Public Access do not allow for "bulk distribution of domestic abuse case records" without an order of the Supreme Court.

We asked the Supreme Court for that order, but again were denied. The Court sent an email stating after careful consideration it had decided against releasing the records because it could potentially undermine the court rule against bulk distribution.

Despite that judicial secrecy, KARE 11 spent weeks pouring through thousands of individual domestic violence cases we were able to identify. We discovered case after case in which a gun had been used or threatened, but – like in Desiree’s case – no transfer affidavit had been filed despite a court order that it be done.

"They didn’t make sure it got done," she said.

Eventually the courts did give KARE 11 data without names showing the number of domestic abuse Order for Protection cases in 2016, which automatically required gun transfers.

Our analysis revealed there were 598 cases in Hennepin County, Minnesota’s largest. Firearm transfer affidavits were filed just 11 times. That’s not even 2 percent.

There were 2,937 OFP cases statewide automatically requiring gun transfers. Only 119 of them had a firearm transfer affidavit on file with the court.

That means 96 percent of the time, there's no record the abusers gave up a gun.

In 48 counties, there is not a single record of a domestic abuser transferring a firearm.

Because the Minnesota Supreme Court refuses to release the data, there’s no way to tell exactly how many of the abusers were alleged to have possessed firearms by their victims. However, experts say some certainly did.

"The only conclusion you can come to with that knowledge is that there are people who have guns that are not supposed to have them," said David Keck.

"Right now, no one is checking," he said.

Domestic abuse experts say getting firearms out of the hands of abusers saves lives.

A study in Washington State found more than half of domestic violence homicides are committed by people prohibited from owning firearms.

National data analyzed by the gun control advocacy organization Everytown for Gun Safety showed 42 percent of domestic violence murder victims are children. And more than half of all mass shootings are related to domestic violence.

Desiree Nelson chose to step out of the shadows and share her story in the hope Minnesota will get serious about enforcing domestic violence gun laws before she or someone else becomes the next murder headline.

"It happens more than everyone thinks and nothing, absolutely nothing gets done," she said. "What happens when he comes here and kills me?"

WATCH Part 3 of the investigation: What other states are doing to protect victims