The police technique blamed for the death of George Floyd is to be banned in MN jails and prisons under new corrections reform law. 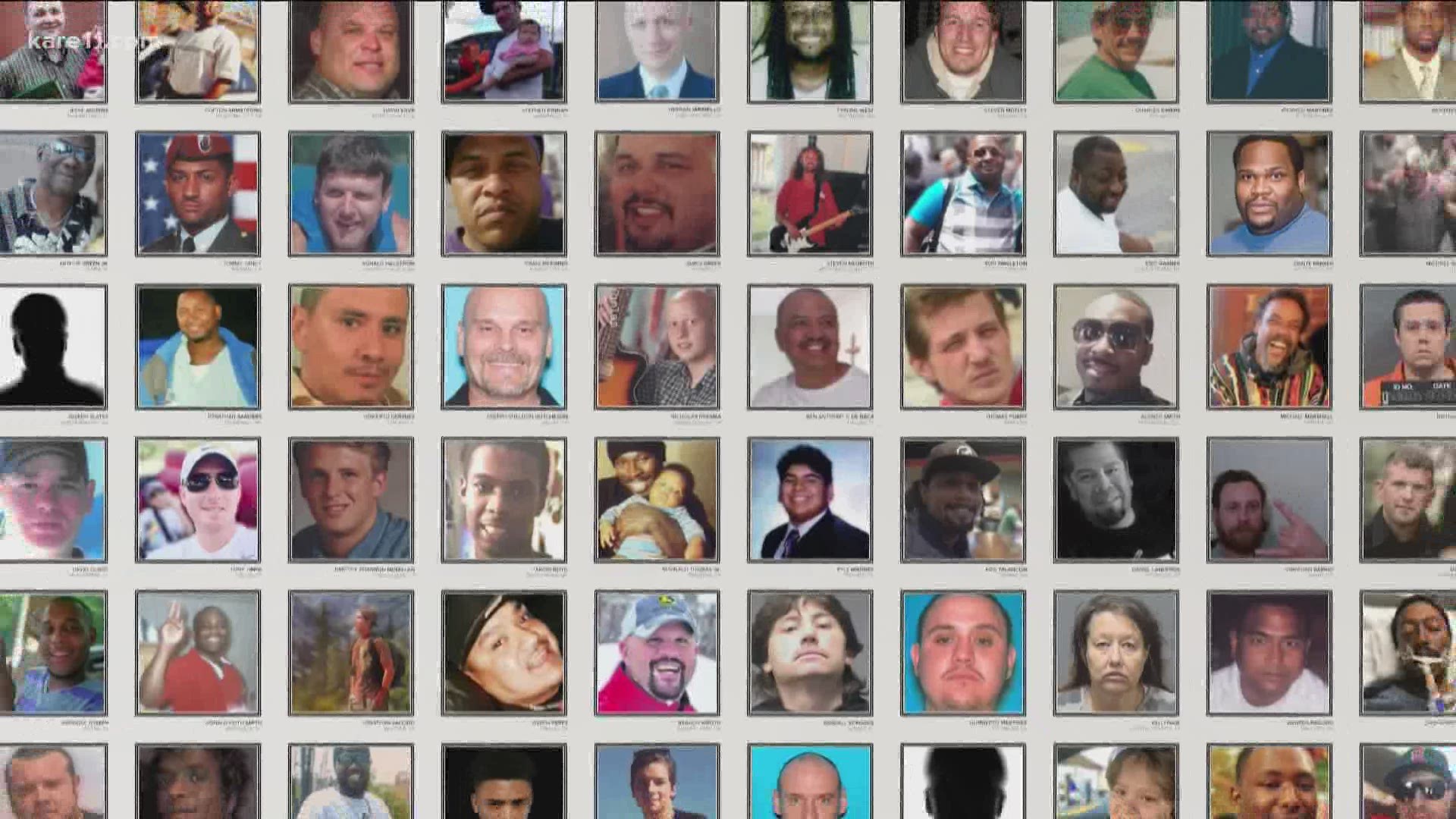 For decades, law enforcement officers have been trained that restraining suspects in the prone position with weight on their backs is dangerous and even deadly. George Floyd’s death thrust the issue into the national spotlight.

Yet it continues to happen.

A joint investigation by KARE 11 and our news partner KUSA in Denver found a pattern of deaths across the United States - identifying 120 other people in the last decade, who like George Floyd, died while being held prone by officers.

Six of those deaths have happened since Floyd’s high-profile murder.

At least 22 deaths happened inside jails and prisons.

“We heard testimony in the trial for Derek Chauvin about the prone restraint position, about how dangerous it was,” said Rep. Jamie Long, DFL Minneapolis.

The bill, known as the Hardel Sherrell Act, includes updates to a 115-year-old law putting parameters around use of force in jails and prisons – including banning prone restraint except in cases where lethal force is authorized.

“We know that prone restraint is dangerous and shouldn’t be used,” Long said.

The measure, which was part of a larger and hotly contested public safety omnibus bill, is one of the few pieces of law enforcement reform agreed to by all sides in the legislature.

The prone restraint prohibition has the backing of Department of Corrections Commissioner Paul Schnell.

“That’s a forgone conclusion,” he responded. “At the end of the day prone restraint is a dangerous tactical move, and that’s why it’s (being) outlawed.”

The issue of prone restraint by law enforcement is also being reviewed by the courts.

This week the Supreme Court of the United States issued a ruling in favor of a family who believes their son died after St. Louis officers held him down in a prone position inside a jail in 2015.

The ruling found two lower courts erred in siding with the officers and ordered the Eighth Circuit to review a lawsuit the family of Nicholas Gilbert, 27, filed against the City of St. Louis.

Gilbert had been arrested for trespassing in a vacant building and failure to pay a traffic ticket.

Credit: KARE 11
Photos of many of the 120 people we identified who died while being held prone by officers.

“Record evidence shows that officers placed pressure on Gilbert’s back even though St. Louis instructs its officers that pressing down on the back of a prone subject can cause suffocation,” according to the ruling. “The evidentiary record also includes well-known police guidance recommending that officers get a subject off his stomach as soon as he is handcuffed because of that risk.”

In 1995, the U.S. Department of Justice warned officers of the potentially deadly consequences of prolonged prone restraint as it urged officers to get off the backs of an arrestee once that person is handcuffed.

Attorney Jon Taylor, who asked the Court to review the case, told KUSA the Supreme Court’s decision effectively tells officers that the legal system will add an additional layer of scrutiny to their claims to dismiss similar cases.

“There’s no denying that this will send a message to lower courts and law enforcement alike,” he said.

The KARE/KUSA investigation found prone restraint deaths are often costly for taxpayers, leading to at least $126,300,000 in settlements and verdicts.