After a year-long KARE 11 investigation, rape kits no longer allowed to be destroyed and all kits in cases reported to police must be tested and tracked. 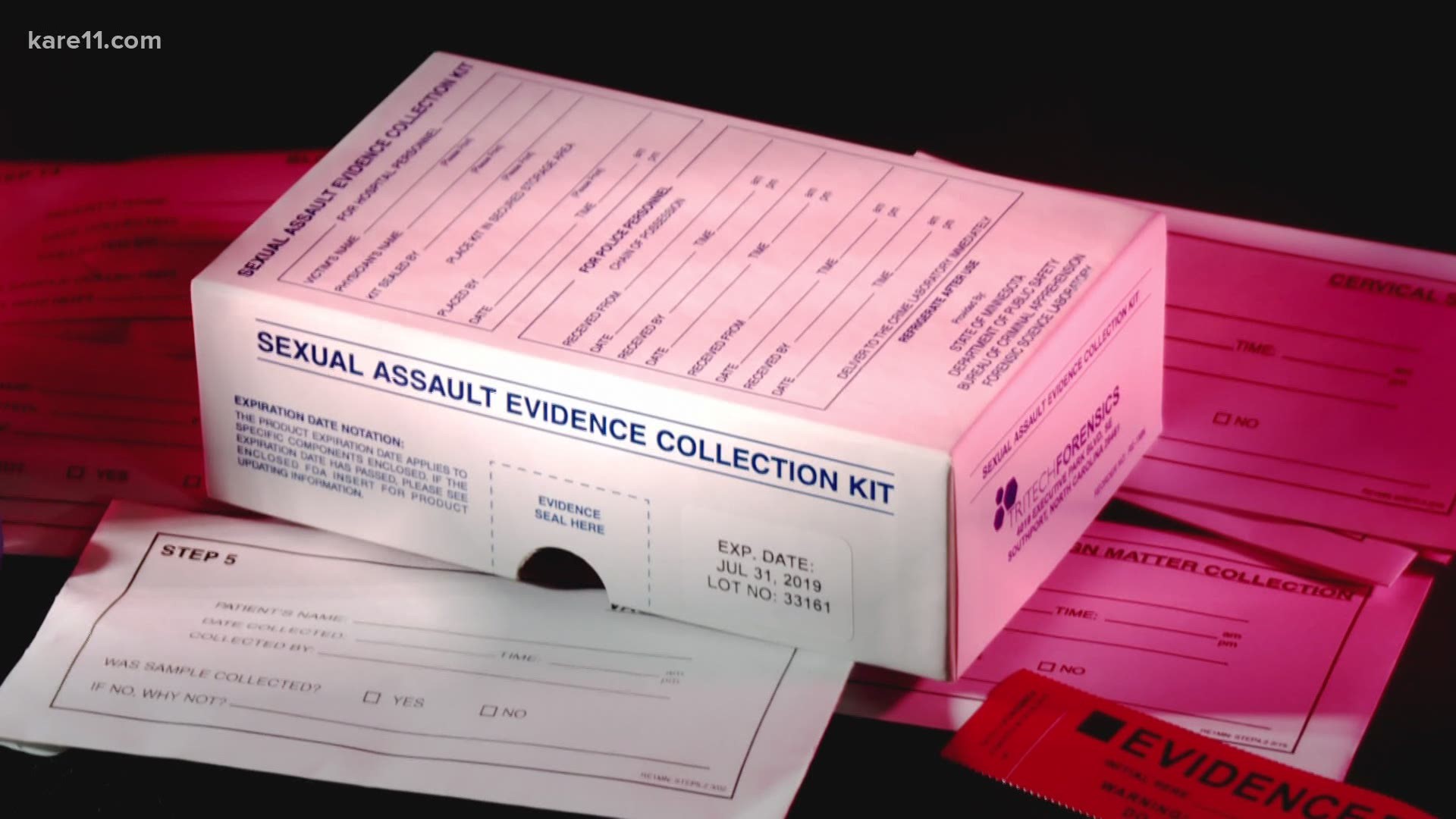 ST PAUL, Minn. — It represents a few paragraphs and less than a percent of the hundreds-of-pages long, $1.8 billion bonding bill passed in October.

But $4.4 million from that bill will give sexual assault survivors a better chance at justice.

Among those: a requirement that all rape kits in cases reported to police be tested by a forensic laboratory. Once returned to the investigating agency, those kits can never be destroyed, which will help survivors should those cases ever be charged and the evidence needed in court.

Meanwhile, kits in cases not reported to police must be stored for up to 30 months by the Bureau of Criminal Apprehension, should survivors change their mind and wish to pursue charges.

Credit: KARE 11
"This is a huge victory," said Rep. Marion O'Neill, a Republican sponsor of the bill.

The BCA will also create an on-line database that will allow survivors to track the status of their sexual assault kit. All of those reforms will be funded with the $4.4 million appropriated for 2021 and $2.9 million per year going forward.

The solutions set to begin on Jan. 1 will help address many of the problems with Minnesota rape kit testing uncovered by KARE 11. Those findings included a legal loophole allowing law enforcement to refuse to test kits, even in cases reported to the police. In hundreds of other cases, KARE 11 found that law enforcement agencies across the state were destroying kits without testing them.

Victims were often left in the dark as to whether their kits had been tested, and whether results matched any suspects.

“This is a huge victory,” said Rep. Marion O’Neill, a Republican from Maple Lake, who was one of the co-sponsors of the bill. “To test all rape kits, to have a database so that they can check to see where their kit is – we’re going to be connecting cases that have never been connected before and putting really bad men behind bars.”

O’Neill, and the bill’s sponsor from across the aisle, Democrat Kelly Moller, praised survivors’ willingness to speak out and bring the failures to light.

“The voices of the victims and the survivors have been incredibly loud since the beginning.”  O’Neill added, “And I know your investigative reporting really brought that to light as to how many are not getting justice so their voices were critical for this to happen.”

“So many of the survivors who came forward did so bravely knowing that it wouldn’t necessarily impact their case, but they were doing that in order to make things better and prevent other sexual assaults,” Moller said.

Though the bill quickly passed through the legislature earlier this year, it seemed all but dead by summer as COVID-19 brought unprecedented budget deficits to the state.

The rape kit testing reforms were thrown into the bonding bill at the last minute, O’Neill said.

“It was in my view kind of miraculous that it actually happened,” she said.

Despite the reforms, there are still challenges remaining with untested rape kits in Minnesota. More than a year has passed and the BCA still has yet to say how many so-called “partially tested” kits they have in their possession – those are kits where a test was done to see if fluid was present, but never tested for DNA.

Agencies across the state meanwhile are still submitting kits for testing that sat on shelves for years. And the state still does not have enough specially trained sexual assault nurse examiners, who collect crucial evidence following a survivor’s report.

A working group formed by the Minnesota legislature is also expected to issue a report by the end of the year on efforts to close a loophole in the law that prevents rape convictions in most cases when victims are voluntarily drunk or under the influence of drugs.