Calling for justice for their loved ones, families held a prayerful protest outside Beltrami County Jail. 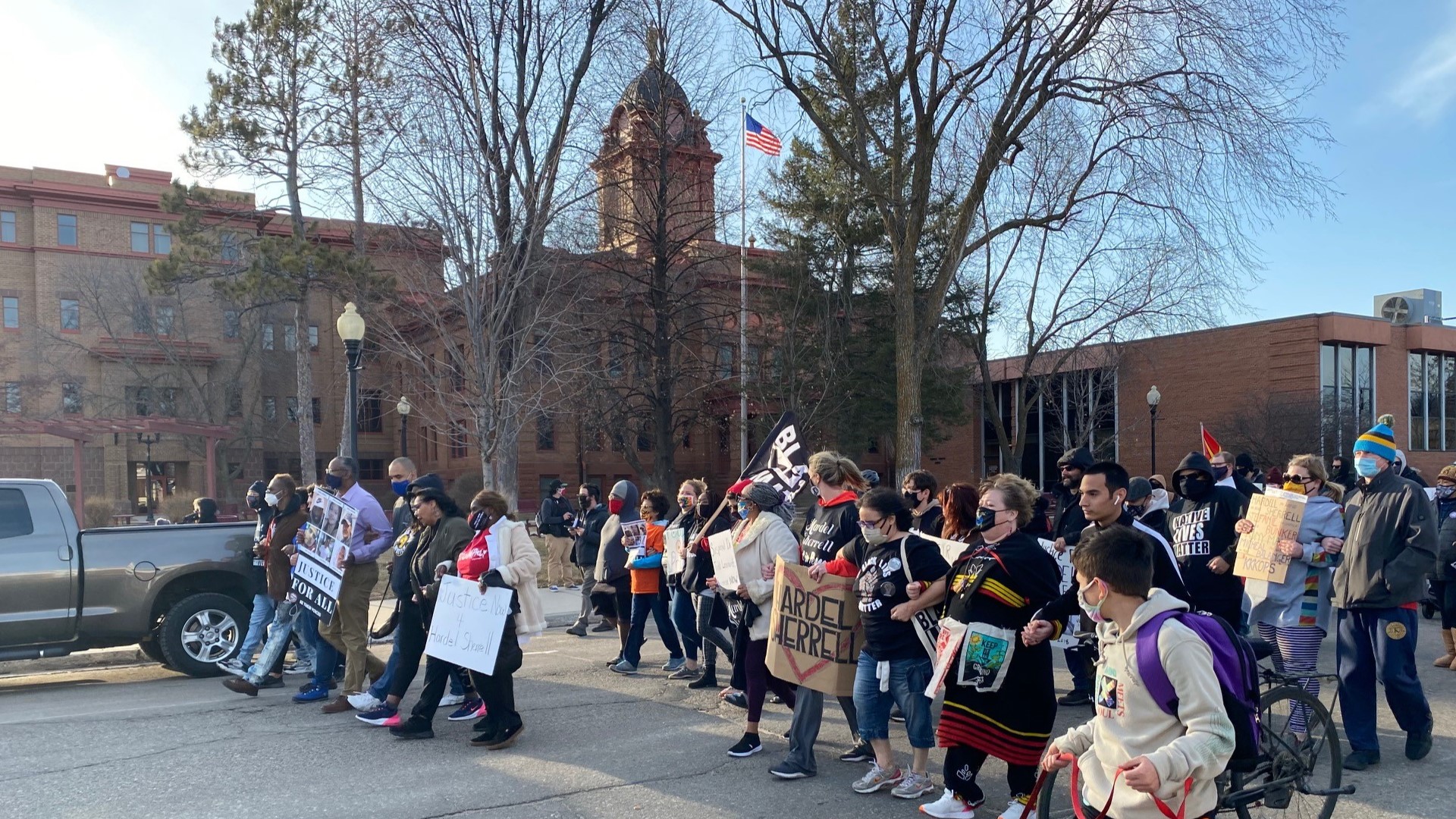 He became partially paralyzed while incarcerated and was unable to eat or to control his bladder and bowels. However, his jailers and medical providers wrongly believed he was faking a medical condition to try to escape.

He would ultimately die on his cell floor.

Four men and one woman have died in connection to the Beltrami County Jail since 2016 resulting in multiple federal wrongful death lawsuits alleging denied and botched medical care.

Perry organized the protest through the non-profit she recently launched named - Be Their Voices.

She was joined at what was billed as a prayerful protest by other families who also lost loved ones in the Beltrami jail and others in in Minnesota.

“Pray for justice, pray for these families' lives who have changed because of something that could have been prevented,” said Tybetha Prosper the mother of Naajikhan Powell.

When the Hennepin County Sheriff’s Department took Powell into custody at the HCMC psychiatric unit, they were warned he presented some risk of suicide.

“He’s a moderate suicide risk,” one of his jailers was heard saying on video.

And yet just hours after being booked, he was left alone and found hanging in his cell. He’d been placed on no suicide safeguards.

The protestors spent five minutes symbolically lying in the street outside the Beltrami jail. Tamra Poppy’s mind goes to what her Uncle, Bruce Lundmark must have been thinking as he begged for medical care that a prior KARE 11 investigation showed, never came.

“The worst thing is just thinking about what my uncle was feeling the last two to three days of his life asking for help and not getting any,” she said. “Just him knowing that he was dying, and nobody would help.”

The FBI has an open investigation into deaths at the Beltrami County jail, and state Medical and Nursing boards are also investigating the multiple allegations of denied medical care at the facility.

As Perry wrote her son Hardel’s name in chalk outside the door of the jail where he died, she vowed to be the voice he and the others who’ve lost their lives behind bars in Minnesota no longer have.

Jail reform legislation pending at the capitol is named in Hardel Sherrell’s memory.