Is there a future for cash and checks?

Although it may not seem like it these days, cash and checks still have a big presence in consumer spending, according to the Federal Reserve. 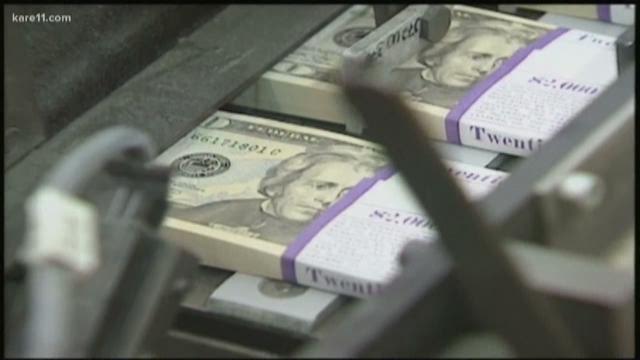 MINNEAPOLIS — Over the weekend, it was chaos at Target stores across the country when registers went down for a few hours on both Saturday and Sunday.

The only way to check-out during that time was if you could pay by cash or check. It got us thinking, who uses cash or check anymore? Will we ever go cashless?

The short answer to that question is no. Carlson School of Management marketing chair and professor George John said we can blame us being creatures of habit for cash and check's longevity.

"It's very hard to change habits in the U.S. because we're pretty well-served with our alternatives and then you really have to show a value difference to make people switch," John said.

Uber, Lyft and those electric scooters around town don't use cash. They're just a few of many businesses turning to cashless systems. From the looks of it, cash seems dead. John explained that it's surely not the image newer businesses want associated with them.

"We want to project an image of being ultra hip and I don't want to be the fuddy duddy guy, pulling out cash, I don't want my customers to be those folks that's part of what's going on," John said. "They want to be the latest with the greatest, but the reality is we like our choices."

The numbers are there to show for it. Every year, the Federal Reserve System publishes a "Diary of Consumer Payment Choice." The summary for 2018 was that "cash continues to be the most frequently used payment instrument, representing 30 percent of all transactions and 55 percent of transactions under $10."

However, it's still not difficult to find places like Brim, a fast-casual health food restaurant near Bde Maka Ska. Brim is strictly no cash.

"We kind of made that decision pretty early based on the efficiency we wanted to have," co-owner of Brim Kate Sidoti said. She explained that it wasn't just about the efficiency for customers. She said inventory became much easier for her employees at the end of the night.

"I think it's really easy for our employees at the end of shifts and really easy to track what people are buying," Sidoti said. "What we know to take off the menu, what to put on the menu, it's been really really beneficial for us."

Sidoti acknowledges that the cashless system isn't a perfect one for every business. However, she said it works well for Brim.

John argues though, cash will never go away. With the roll out of newer tech and new forms of payment, the arsenal for dealing dollars will just grow.

"the more technology increases choices, the more we should remember it's an add-on, not a replacement," John said. "I think that's kind of the bottom line. All of these things are add-ons, and it's wonderful. You've got choices."