Omar and Rep. Rashida Tlaib of Michigan are outspoken critics of Israel's treatment of the Palestinians. 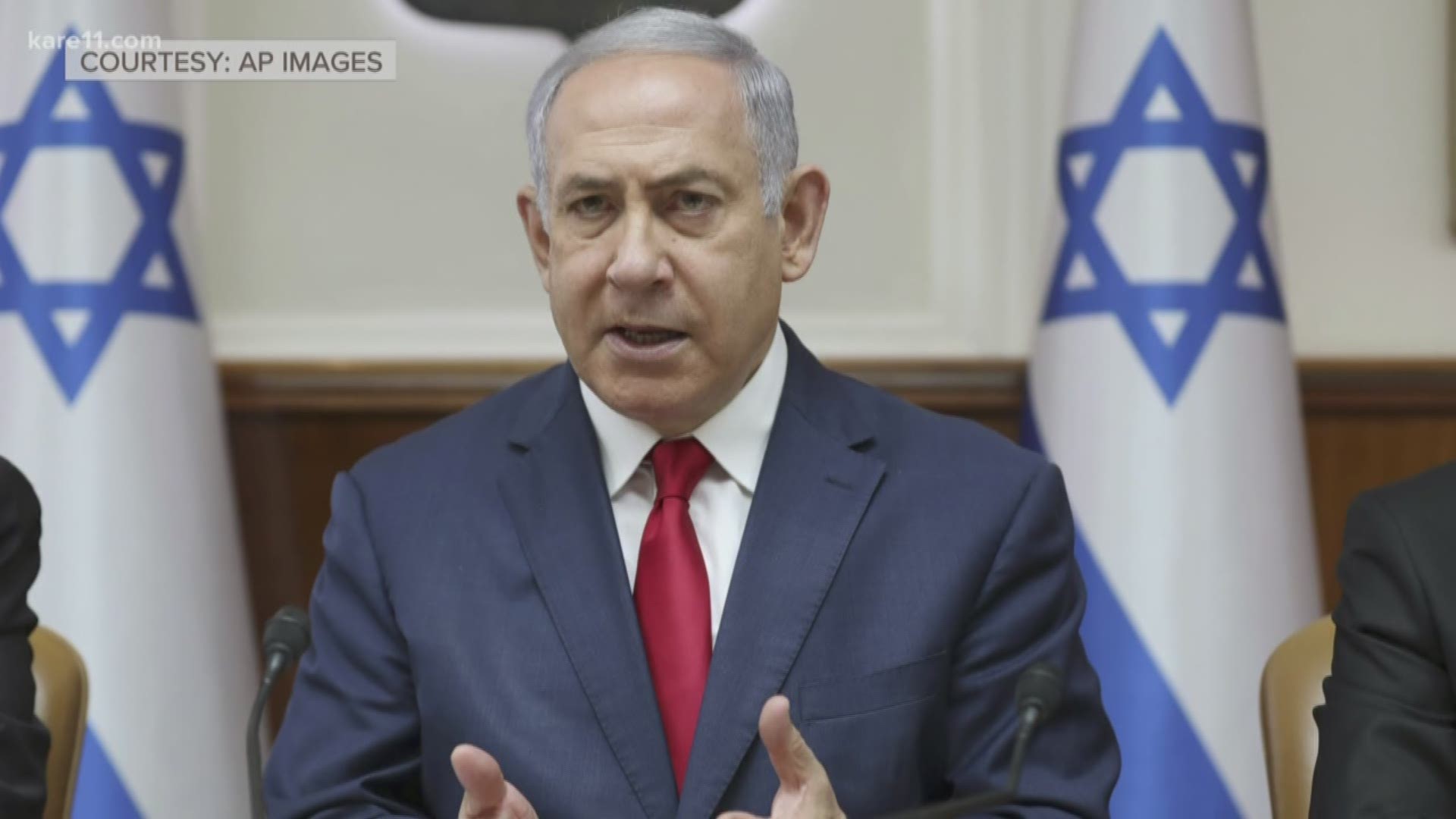 Israel's foreign minister and other top officials have barred Minnesota Congresswoman Ilhan Omar and a Democratic colleague who supports the Palestinian-led boycott movement from entering the country on a planned visit next week.

Tzipi Hotovely told Israel Radio in an interview Thursday that "Israel has decided not to allow" Omar and Rep. Rashida Tlaib of Michigan and Ilhan Omar to enter the country as planned. The newly-elected Muslim members of Congress are outspoken critics of Israel's treatment of the Palestinians. Tlaib's family immigrated to the United States from the West Bank.

She says it is in keeping with a policy of denying entry to those who advocate boycotts of Israel.

The Foreign Minister's remarks came shortly after President Donald Trump tweeted that "it would show great weakness" if Israel allowed them in.

“It is an affront that Israeli Prime Minister Netanyahu, under pressure from President Trump, would deny entry to representatives of the U.S. government. Trump’s Muslim ban is what Israel is implementing, this time against two duly elected Members of Congress," Omar said in a released statement. "Denying entry into Israel not only limits our ability to learn from Israelis, but also to enter the Palestinian territories. Sadly, this is not a surprise given the public positions of Prime Minister Netanyahu, who has consistently resisted peace efforts, restricted the freedom of movement of Palestinians, limited public knowledge of the brutal realities of the occupation and aligned himself with Islamophobes like Donald Trump."

“As a member of the House Committee on Foreign Affairs, it is my job to conduct oversight of foreign aid from the United States of America and to legislate on human rights practices around the world," she continued. "The irony of the ‘only democracy’ in the Middle East making such a decision is that it is both an insult to democratic values and a chilling response to a visit by government officials from an allied nation.”

Israel has sought to combat the so-called BDS movement, which advocates boycotts, divestment and sanctions against Israeli businesses, universities and cultural institutions. The country passed a law permitting a ban on entry to any activist who "knowingly issues a call for boycotting Israel."

Last month, Israeli ambassador to the U.S. Ron Dermer said Israel would not deny entry to any member of Congress.

Israel often hosts delegations of U.S. representatives and senators, who usually meet with senior Israeli officials as well as Palestinian officials in the occupied West Bank.

A decision to ban the congresswomen could further sharpen divisions among U.S. Democrats over Israel ahead of the 2020 elections. Republicans have amplified the views of left-wing Democrats like Tlaib and Omar to present the party as deeply divided and at odds with Israel. Democratic leaders have pushed back, reiterating the party's strong support for Israel, in part to protect representatives from more conservative districts.

In July, the Democratic-led House of Representatives voted overwhelmingly in favor of a resolution against the BDS movement. 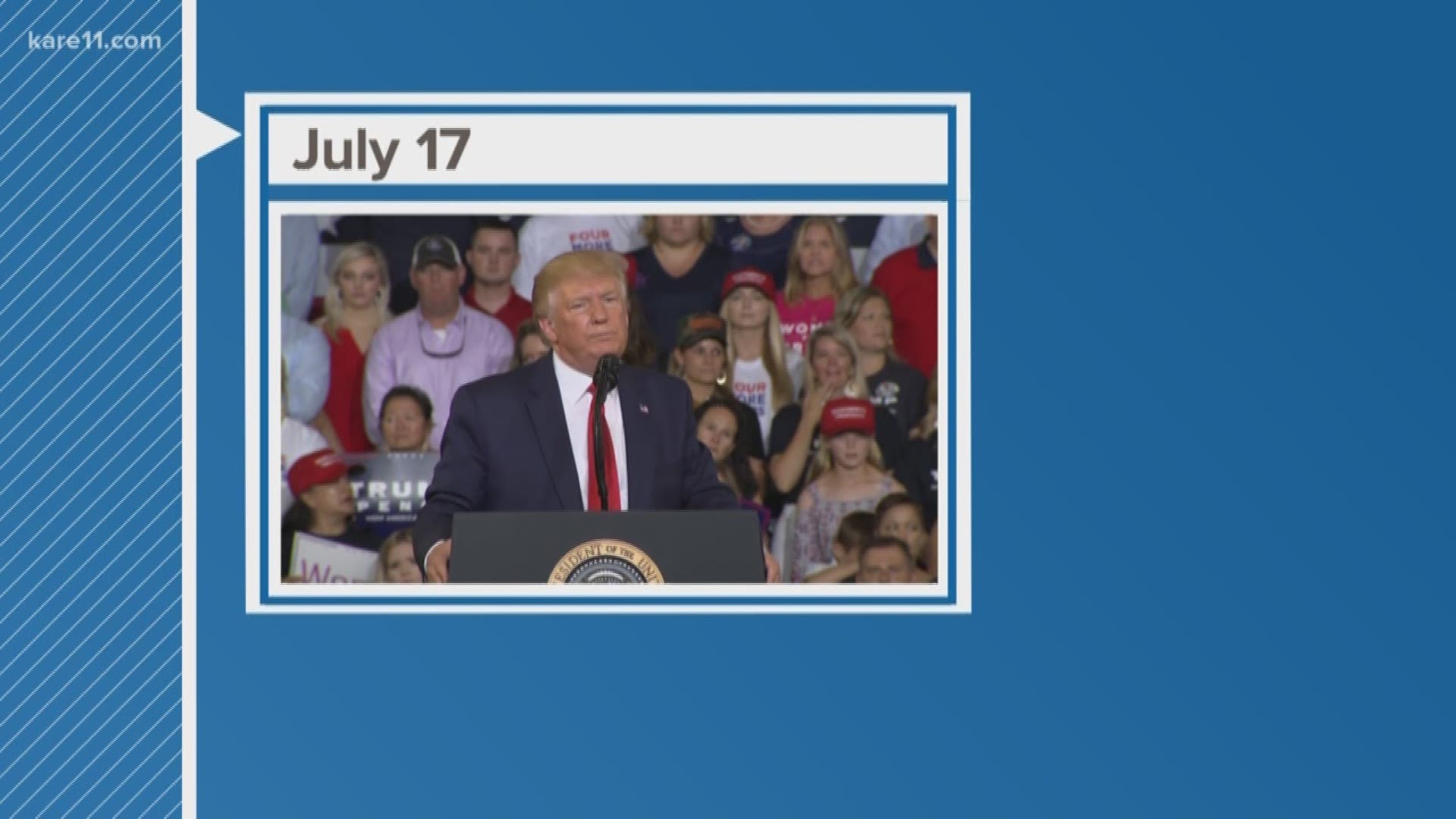 Tlaib and Omar have also been the target of repeated attacks by President Donald Trump in recent months, including a series of racist tweets on July 14 in which he said they should "go back" to the "broken" countries they came from. Both are U.S. citizens and Tlaib was born in the United States. The two are members of the so-called "Squad" of newly-elected left-wing Democrats, along with Reps. Alexandria Ocasio-Cortez of New York and Ayanna Pressley of Massachusetts.

Politicians and former diplomats spoke out against barring the congresswomen from visiting following an unconfirmed report that Israel had resolved to bar Omar and Tlaib from entering the country.

Former U.S. Ambassador to Israel Dan Shapiro wrote on Twitter that the decision to bar their entry "harms Israel's standing in the U.S., boosts BDS."

Israeli lawmaker Ayman Odeh, leader of the Joint List of Arab parties, criticized the move, writing that "Israel has always banned Palestinians from their land and separated us from other Palestinians, but this time the Palestinian is a U.S. Congresswoman."