The 2005 Tonka Fusion Elite team is the youngest girls team in Minnesota to ever advance to the U.S. Youth Soccer National Championships. 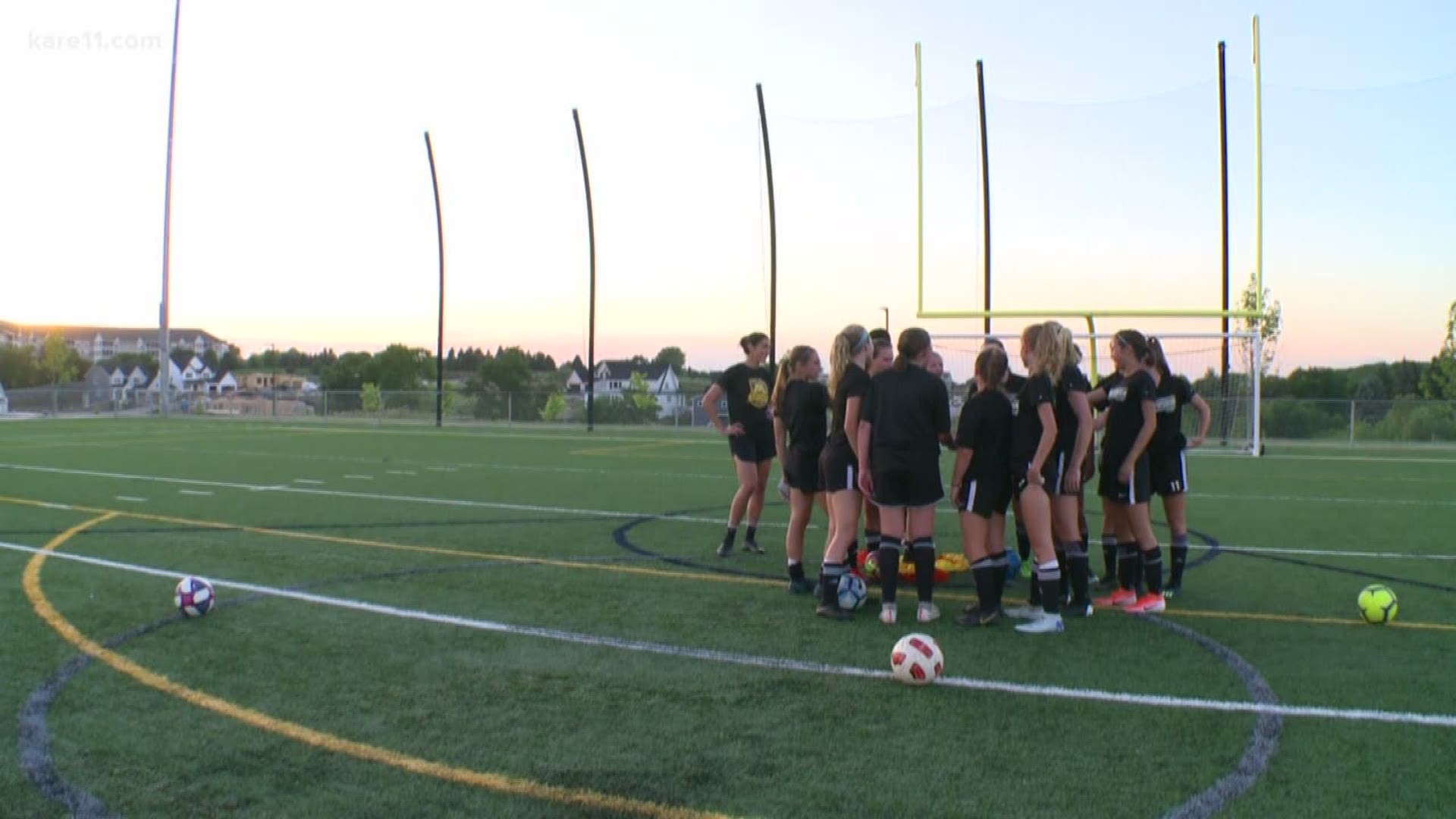 PLYMOUTH, Minnesota — A girls soccer team based in the west metro has accomplished something not many Minnesota teams can brag about. Right now, the 2005 Girls Tonka Fusion Elite Team is getting ready to compete in the U.S. Youth Soccer National Championships in Overland Park, Kan.

The team left on Sunday and will play its first game on Tuesday. The team is made up of 13 and 14-year-olds mostly from Minnetonka, Plymouth, Wayzata and Maple Grove.

"It feels pretty good because usually Minnesota teams never get to go to where we are going. So it feels pretty exciting," said Charlotte Li, 14, of Golden Valley.

Their coach, Lawrence Tsoi, said it's extremely rare. More than 10,000 teams started the process in their respective state cups and now there are fewer than 100 left. In the U14 girls group, the 2005 Girls Tonka Fusion Elite Team is one of the final 8 in the country.

"The tournament and event has been around since the early 1940s and there have only been two Minnesota teams that have been crowned national champions. This is the youngest girls team, at U14, to ever advance this far (in Minnesota) and to my knowledge, I think we are the third Minnesota team in the past 15 years that have advanced to the national championships," said Tsoi, technical director for Fusion Soccer Club and Tonka Fusion Elite.

Tsoi said many of the girls didn't start off playing on top teams; instead, they were on second and third teams as kids.

"It's been a lot of hard work. It's been up and downs... been rough at some points," said Maddy Raymond, 14, of Maple Grove.

Teammate Avery Olmstead, 13, of Plymouth added, "I feel like we just kept kind of defying the odds for Minnesota teams at state and then at regionals."

There are 18 girls on the team. Many of them have grown up playing soccer together.

"There's 11 players on the field, not just you, and you definitely can't win a game just by yourself. Everyone has a big part of it so we just want to showcase that," said Avery Petty, 13, of Golden Valley.

The team has been inspired by the U.S. Women's fourth World Cup win.

"I think a lot of young girl soccer players kind of have that dream of making it to the World Cup or making it to the USA team," Olmstead said. "It's just kind of a dream for all the youth girls soccer players and just seeing that it's really possible if you just follow your dreams and work really hard, it can turn into reality so fast."

The Tonka Fusion Elite team will play its first game on Tuesday night. They also have games scheduled for Wednesday and Thursday and if they advance, the semifinals and finals happen over the weekend.