Jayme was in the crowd in Barron High School's gymnasium as the American Legion Auxiliary gave her their Youth Hero Award, citing her bravery. 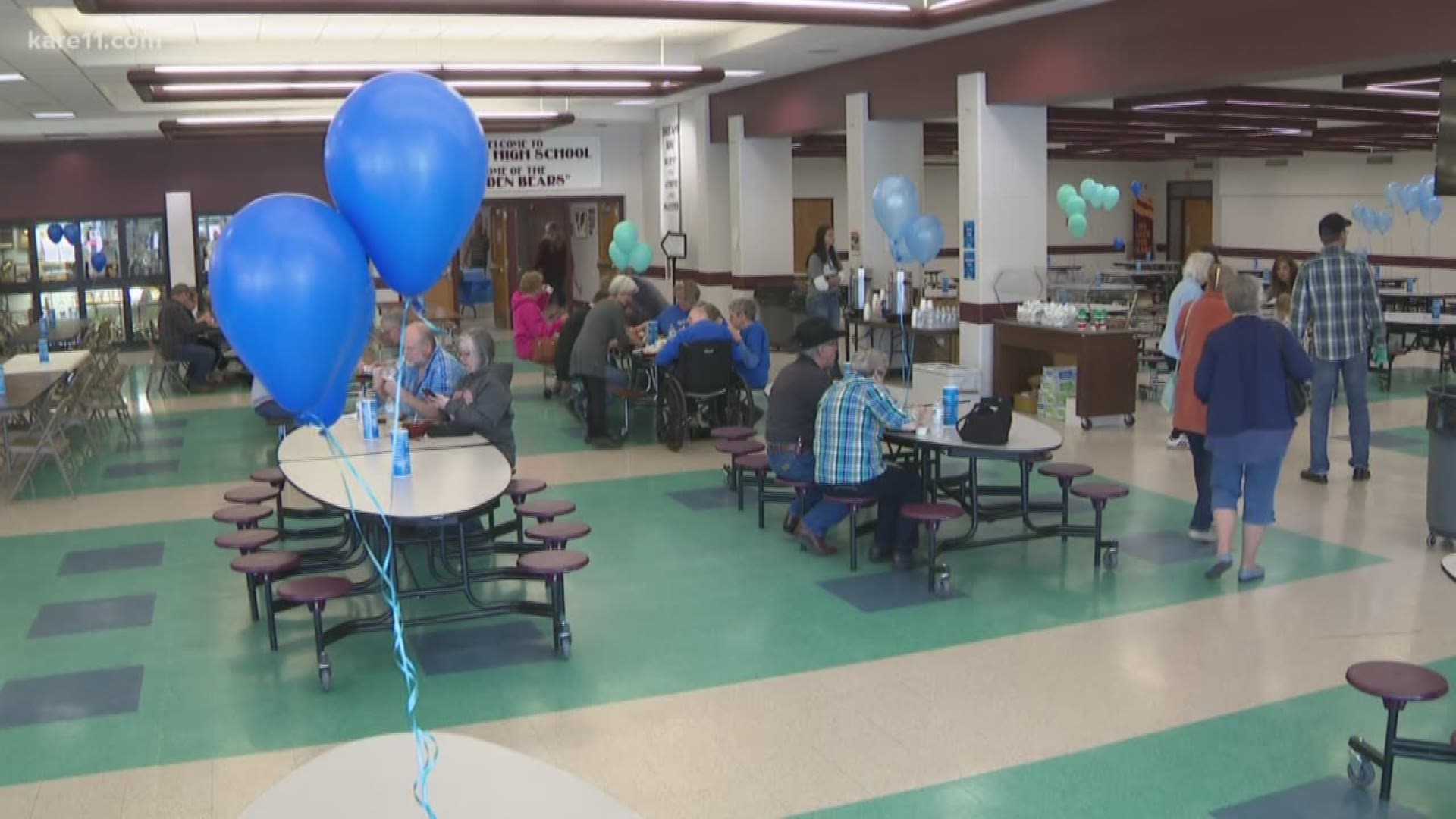 BARRON, Wis. — At a benefit in her honor Saturday, Jayme Closs was given a national award.

Jayme was in the crowd in Barron High School's gymnasium as the American Legion Auxiliary gave her their Youth Hero Award, citing her bravery.

Her aunt and uncle, Bob and Jennifer Smith, accepted the award on her behalf on a stage in the gym.

KARE 11 did not take photos or video of Jayme, as her family requested.

The benefit included a silent and live auction, along with a spaghetti feed, and bake sale.

The money raised will be given to Jayme and the Smiths, who Jayme is living with. Organizers say it will be used for family expenses and to make more room in their home. The Smiths, according to organizer Bill Balts, moved into their current home as empty nesters. They now need more space for Jayme to be comfortable, too.

"They have a new normal and a new chapter that they need to start," said Melissa Smith, an organizer at the benefit.

Organizers expected to raise several thousand dollars from the benefit. However, they say the event was less about the money and more a celebration of Jayme's return.

"We wanted to celebrate that she was back," said Balts.

"She rescued herself, and she's home, and we have so many reasons to celebrate," said Melissa Smith.

Balts says he and Jayme's uncle, Bob, talk about her "pretty much every day."

"I think she's doing as well as can be expected," Balts said, "A lot of prayers yet she needs."