Several big name celebrities with Lyme Disease have come forward in recent years, but advocates say the young music superstar will reach an even bigger audience. 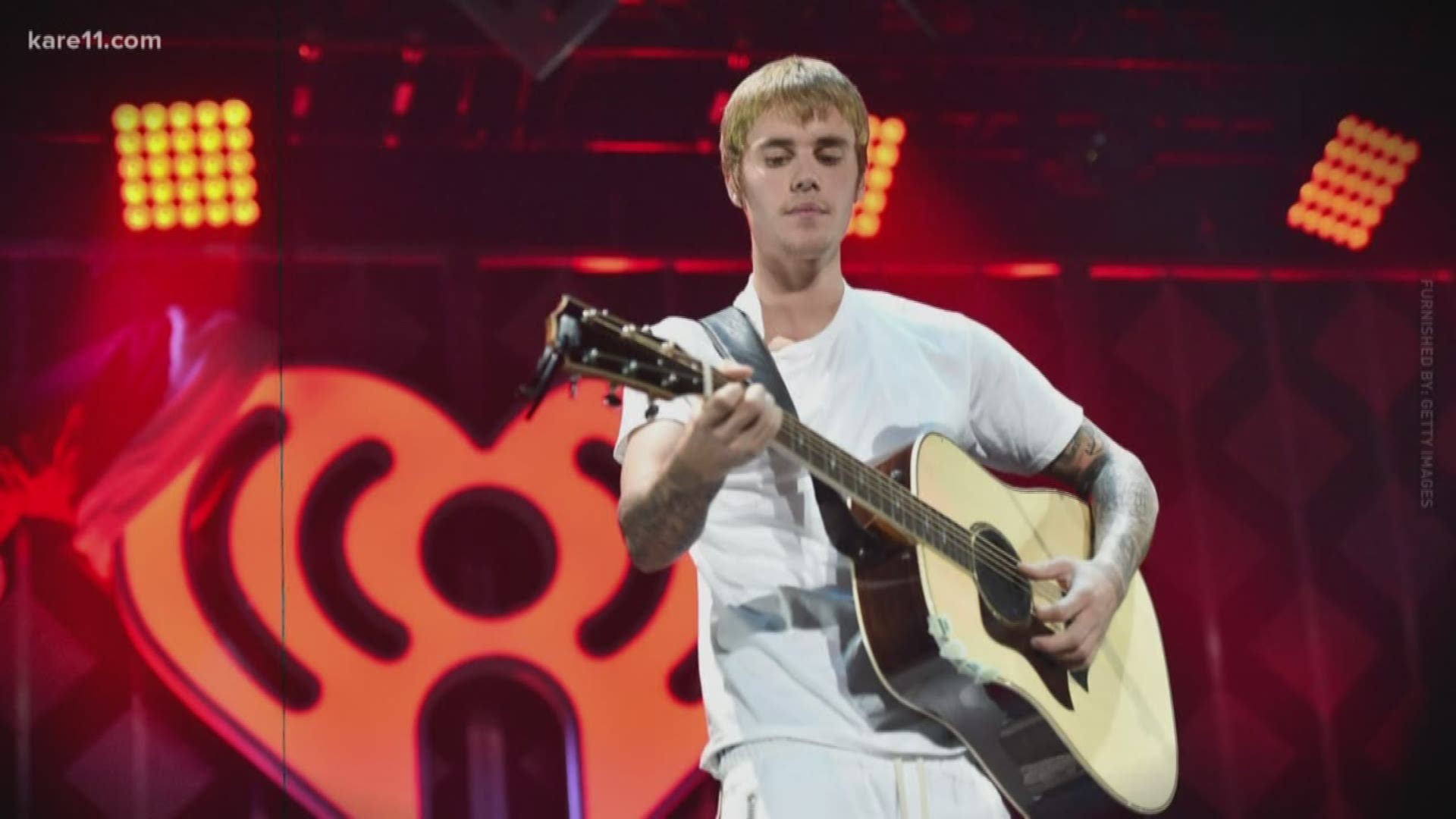 Justin Bieber is opening up about his health

In a surprising Instagram announcement this week, the music superstar revealed he has been diagnosed with Lyme Disease.

The 25-year-old went on to say that he'll be explaining more in a new docu- series on Youtube, titled "Justin Bieber: Seasons."

Twin Cities resident Lisa Najarian isn't a pop super star like Justin Bieber, but the two do have something in common, they both suffer from the same terrible disease.

"I woke up in 1999 with a plugged left ear that felt like I had allergies and it's never gone away since. That was my first sign of Lyme Disease," Najarian says.

And for 16 years she says it went undiagnosed.

Doctors didn't know what it was.

It's the same story for Bieber, who on Instagram this week, said his Lyme Disease went untreated for years.

"Half the people that have Lyme Disease are not even diagnosed properly," Najarian says.

Seeing a problem, Najarian wanted to do something about it.

"I thought, I don't want anyone else to go through this."

Two years ago she and her husband Pete Najarian started the Twin Cities Lyme Foundation to raise awareness and to help people get properly diagnosed.

Their online assessment tool has helped more than 500 people here in Minnesota.

"This is such a silent disease because it's on the inside," Najarian says.

But 500 is just a drop in the bucket compared to the 300,000 people in the U.S. diagnosed every year and the thousands of others who are either misdiagnosed or never diagnosed at all.

The Najarian’s say that’s where Justin Bieber can help.

“This will resonate with a whole new audience,” Pete Najarian says.

“This is a different age group. So, it really will create awareness and better reach with a whole new generation.”

The Najarian’s are hoping Bieber’s new documentary series will spark curiosity and awareness of this devastating disease.

And will motivate the medical community to do more about it.

"I hope that he has a voice that rings true with people in important places who can make a change," Najarian says.