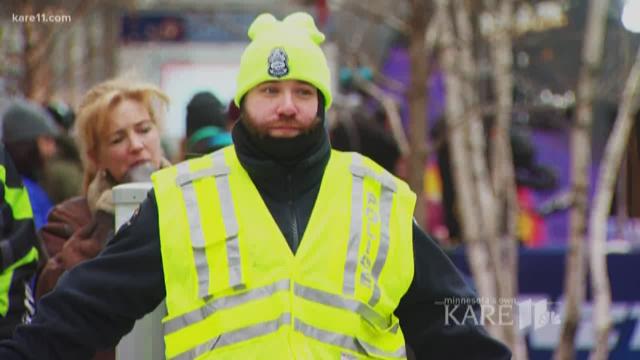 Hundreds of officers from all over the state are joining together.

Crossing the street, you might notice a Minnesota National Guard Humvee pull ahead to prevent a possible vehicle terrorist attack.

Bratton oversaw Super Bowl security in his city... and is checking it out here.

Bratton says that strategy is aimed at managing large crowds. It includes militarized sheriff's deputies with rifles, which can make some people feel unsettled and others comforted.

All this security will cost several million dollars. And you will see it on land and by air.

"As far as any nefarious activities, we're hoping our mere presence will deter that," said Air Interdiction Agent Michael Fuller with U.S. Customs and Border Protection, Air and Marine Operations.

A deterrent with the capability of responding nearly instantly if something bad happens.

"We want them to feel assured that we're here hopefully nothing is ever going to happen. And we just want to be there just in case," Fuller said.