State lawmakers Tuesday debated the idea of the state buying or leasing an idle private prison in western Minnesota, as a solution to overcrowding. 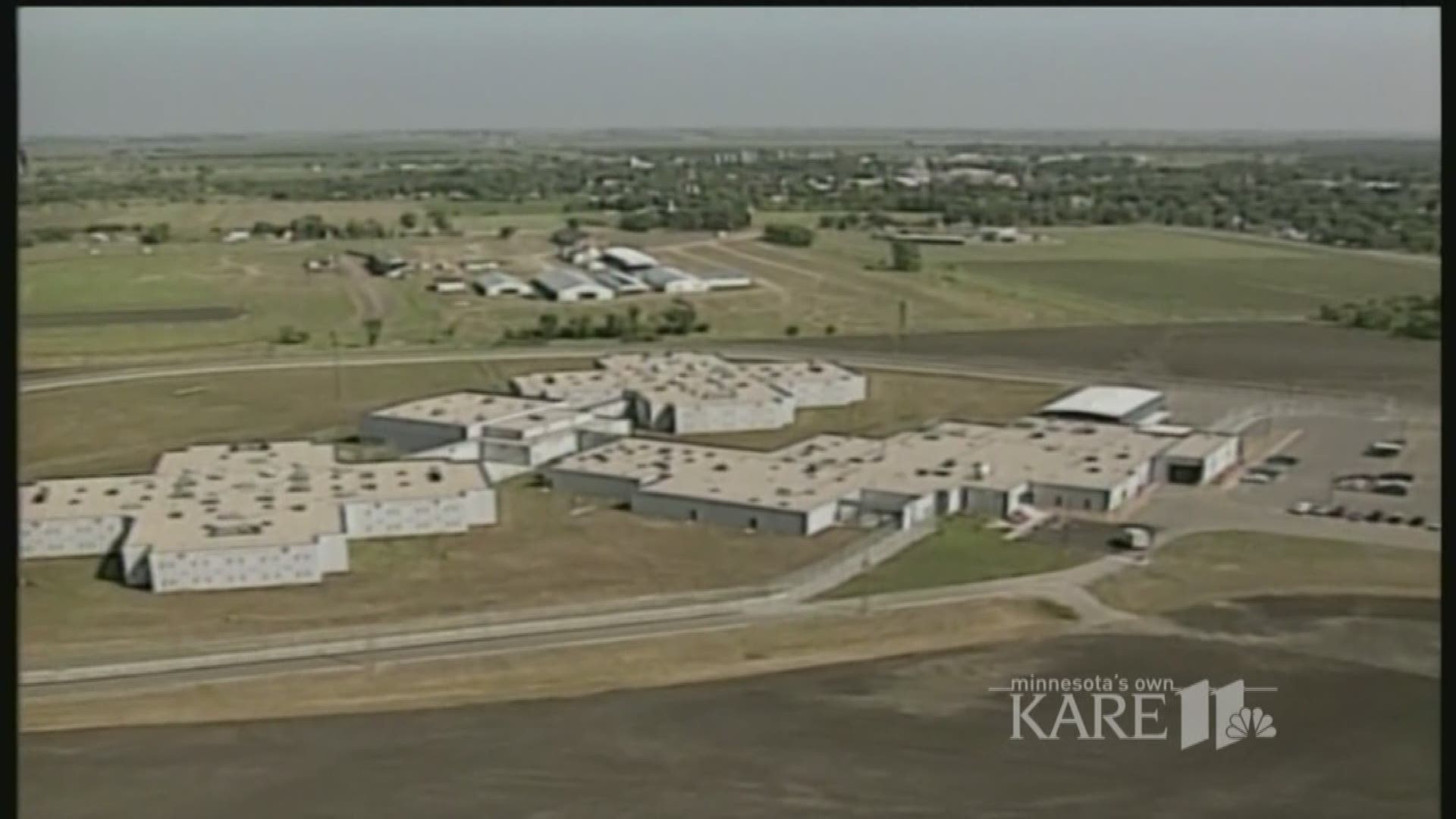 ST. PAUL, Minn. -- State lawmakers Tuesday debated the idea of the state buying or leasing an idle private prison in western Minnesota, as a solution to overcrowding.

The Prairie Correctional Facility in Appleton, owned by CoreCivic, closed six years ago and has room for 1,600 inmates. The Minnesota Dept. of Corrections on average is over capacity by about 300 inmates, who are housed instead in local county jails.

"Those inmates in county facilities are not getting the treatment programs that we have available in the state system, and that's a big disservice to them," Rep. Brian Johnson of Cambridge remarked.

The legislation offered by Rep. Tim Miller, a Prinsburg Republican, would require the State to buy or lease the Appleton prison before expanding any of the existing state prisons.

"There is going to come a time I believe when the Department is going to have to say, 'Okay we’re going to need more beds'," Rep. Miller told colleagues when his bill was heard in the House Public Safety Committee.

"In fact, last year they had a bonding proposal for 500 more beds."

Miller said that CoreCivic, when asked to toss out some cost figures, mentioned $99 million over three years as a purchase price, and $26 million per year to lease the prison. But he cautioned those were preliminary figures, subject to change during actual negotiations.

But Corrections Commissioner Tom Roy says the state shouldn't be limited to that single option when it's time to expand capacity.

"This proposal suggests there’s only one solution to a prison growth, and that only solution is adding another facility," Roy testified.

He said the battle to reduce prison populations continues on several fronts. He also said it's more cost effected to build out some of the state prisons within their exiting footprint, as opposed to taking over an entire prison.

"Once a prison of this size is opened we’re looking at a $30 million to $40 million annual expenditure to operate a prison. That is no insignificant amount."

Support came from Swift County Commissioner Gary Gary Hendrickx, who said the Appleton prison employed people from a 20-county radius while it was in operation. Appleton Mayor Chad Syltie said the region has a solid infrastructure of support services in place for inmates.

Corrections officers turned out in force against the idea, especially of leasing the prison from CoreCivic.

Rick Neyssen, who works at St. Cloud Prison and serves as president of AFSCME Local 599, warned that CoreCivic would be allowed to operate other parts of the prison if the state were to lease just some of the units.

"The private prison industry is again trying to get a foothold in Minnesota," Sgt. Neyssen told lawmakers. "Please stop them. We don’t want to work for a corporation that drives down our wages, benefits and retirement security."

Rep. Debra Hilstrom, a Brooklyn Center Democrat, proposed an amendment to Miller's bill that would ban private for-profit prisons in Minnesota, asserting that private prisons have no incentive to reduce recidivism.

She cited a state audit that found complaints of civil rights abuses and medical neglect at a facility owned by CoreCivic, when it was known Corrections Corporation of America or CCA.

"There were audits and problems. It was a bipartisan effort to stop leasing space from CCA, and it was actually Governor Pawlenty who stopped using the facility," Hilstrom said.

Hilstrom also pointed to a state study that tracked inmates of the Appleton prison from 2007 to 2009 showing they had a higher recidivism rate than those from the Dept. of Corrections prisons.

Her amendment failed to get traction, and was voted down along party lines in the Republican controlled committee.

Rep. Miller's bill was laid over for possible inclusion in the House Omnibus Public Safety Bill later in the session.