Minnesota legislators are looking at tougher penalties and license suspensions to get the attention of those who text behind the wheel. 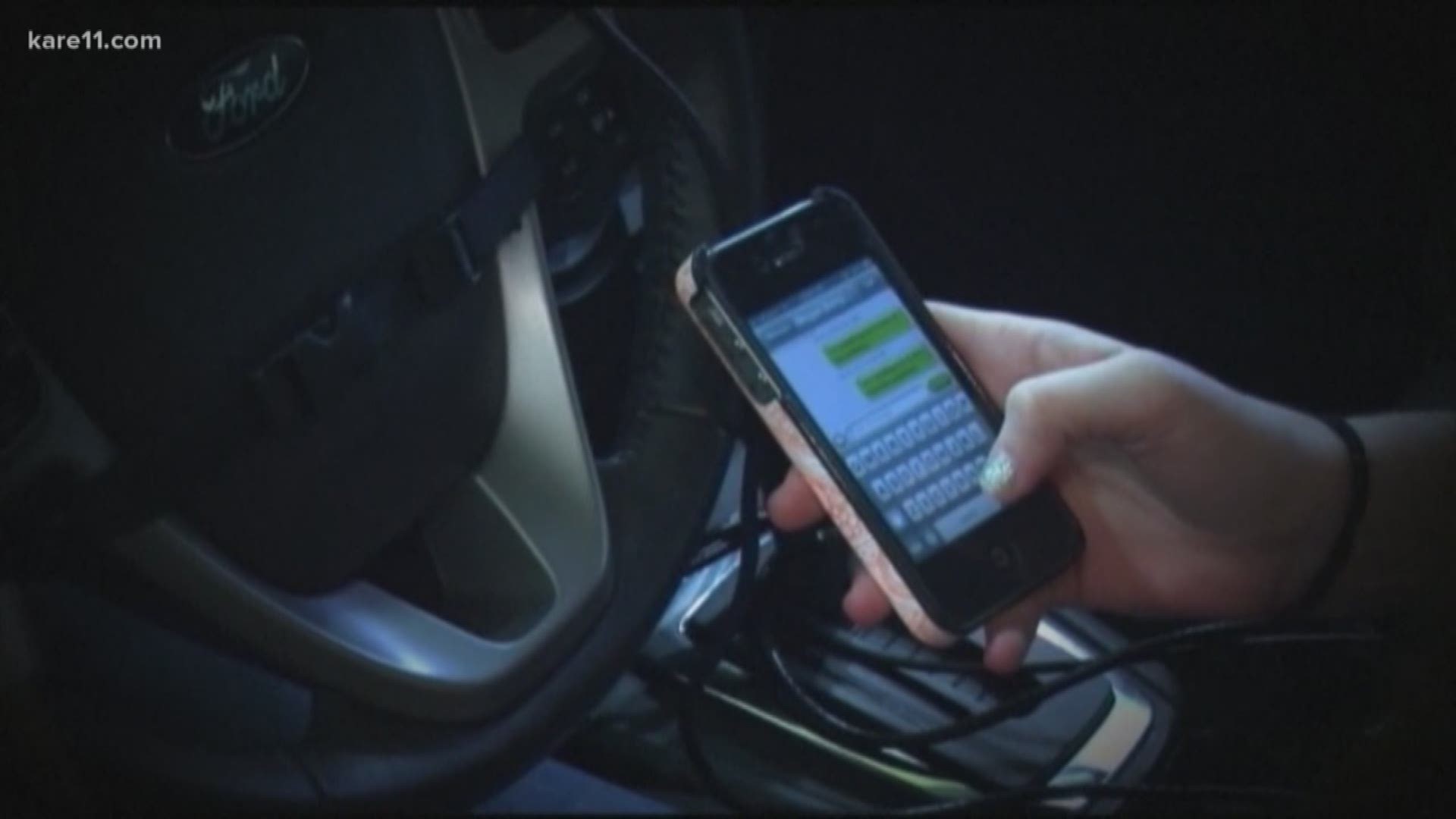 ST PAUL, Minn. — You don't have to imagine what distracted driving looks like - because you witness it every time you're on the road.

Many drivers have become quite casual about sending texts or emails from behind the wheel, despite the pleas of safety advocates and horror stories from victims and survivors of distracted drivers.

That's one of the reasons Sen. David Osmek of Mound is pressing ahead with legislation to sharply increase fines for those caught texting while driving.

"I’m much more of a libertarian person, so if it was just about hurting yourself I’d say fine, but you’re killing people or injuring people that aren’t just you," Osmek explained. "We think these changes will get these people's attention."

Currently the fine for a first offense is $50. Osmek's bill would move that to $150 for the first offense, $300 for the second and $500 for the third violation.

The original version of Osmek's bill also called for seizure of the driver's cell phone on the third offense, but that ran into opposition in the Senate Judiciary and Public Safety Committee Monday.

Sen. Ron Latz of St. Louis Park pointed out that people save important business and personal contact on their smart phones, information that's not necessarily backed up elsewhere.

"Losing a phone is not just losing the hardware. You’re losing all the content that’s on there too," Sen. Latz explained.

"That’s like taking a computer," he added, while picking up his Senate notebook computer. "That’s worth more than this laptop is worth."

The committee decided to drop the idea of seizing phones, and instead opt for a 30-day driver's license suspension on the third offense. Violators would be allowed to petition the Dept. of Public Safety, so they could drive to work during the license suspension.

Among those in the audience Monday were Karen Altman and Kevin Burkey, who lost their 22-year-old daughter Katie to a distracted, reckless driver in 2017. Her car, which was stopped in evening rush hour traffic, was rear-ended by a man driving a speeding semi.

"Unfortunately, Katie doesn’t have the opportunity to be here today," Altman told reporters. "I hope her legacy is dealing with changing these laws because they are in dire need of some changes."

The panel will resume deliberations on Osmek's bill Tuesday, and at the same time take up Sen. Scott Newman's legislation requiring motorists with cell phones to switch to hands-free mode while driving.

Women busted with 16.5 lbs of meth, child found in car