Lawman befriends man who shot him

As hundreds memorialized the longtime police chief of the Minnesota State Fair, few noticed the man sitting off to the side. Twenty-two years ago, Danny Givens shot Art Blakey. 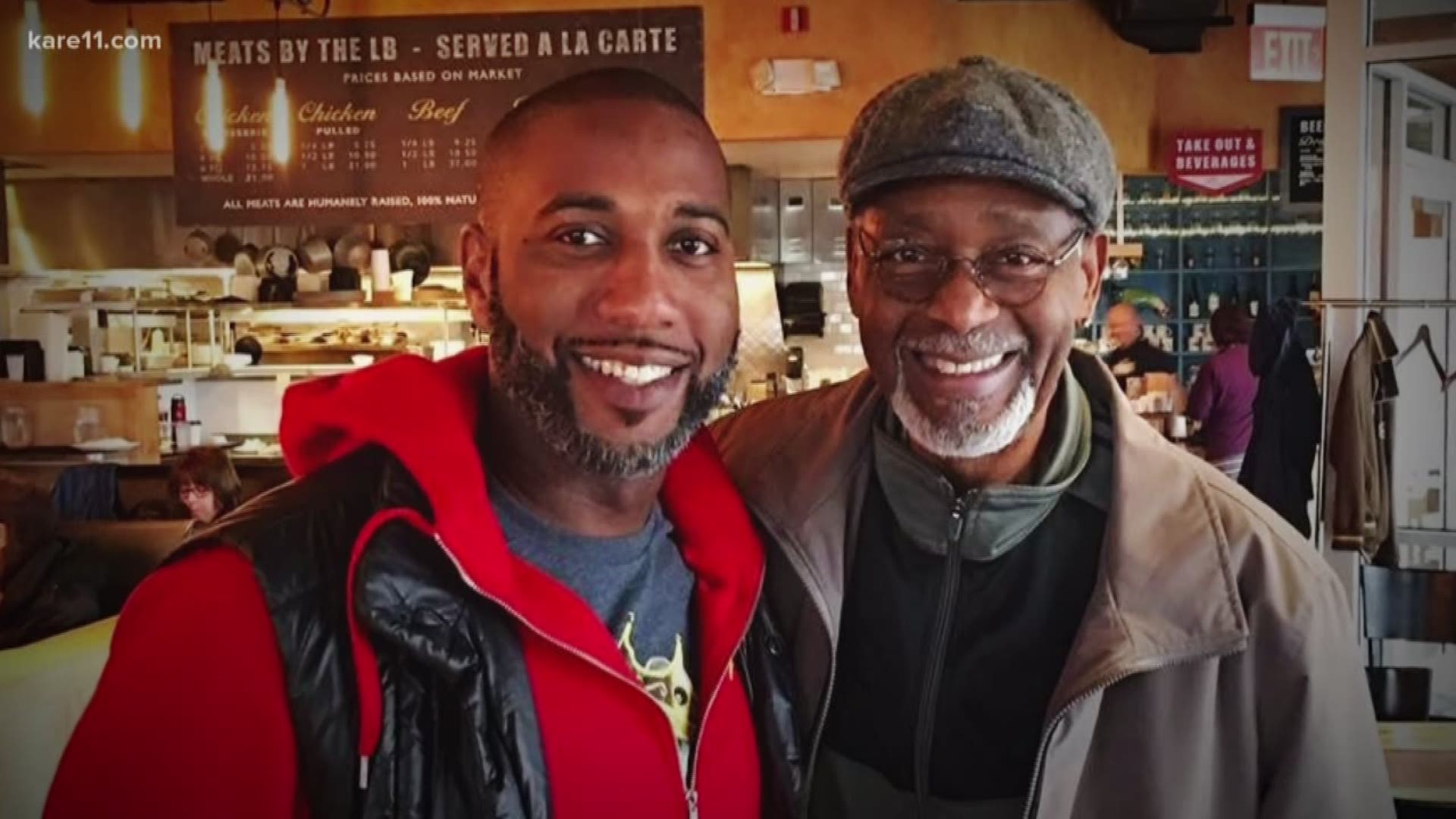 ST. PAUL, Minn. – As hundreds memorialized the longtime police chief of the Minnesota State Fair, few noticed the man sitting off to the side.

“It was four months before my 19th birthday,” Danny said. “I was eight months out of high school.”

It was spring of 1996, a Saturday night, when Danny and a small group of friends entered the VFW hall – a popular Rondo neighborhood hangout - with armed robbery on his mind.

“As soon as we came in I opened fire,” Danny recalled.

His plan was to let people know he meant business. But Danny had not counted on the armed Ramsey County deputy at the bar, off-duty and enjoying an evening out.

At the sound of Danny’s shots, panicked patrons scattered. Sgt. Blakey confronted Danny in a back hallway.

“When I turned the corner, we immediately exchanged fire,” Danny said.

“It was my senior year of college, she said. “I remember getting a page and calling my parents’ house and my sister saying, ‘Dad's been shot.’”

Art and Danny were both rushed to Ramsey Hospital, shot by each other in their stomachs.

To this day, Brooke remembers her father’s first words when she finally reached his hospital room.

Brooke also remembers her indignant response. “Is he OK?”

Brooke blurted back to her father, “I don't care that he's not OK."

Ever the peacekeeper, Art counseled his daughter. “This is not the time for that,” he said from his hospital bed.

Brooke stood stunned. “Are we really having a life lesson right now?” she said to her dad.

But Art’s compassion for the young man from the neighborhood who had nearly killed him, was just beginning.

At Danny’s sentencing, Art asked the judge for leniency.

“I was looking at about 60 years,” Danny says. Art thought it was too much and told the judge so.

“’He should be given a second chance, I don’t think we should throw away the key on this young man,” Danny recalls Art telling the judge.

“The way he told the story, it was like a grandfather talking about something that happened to one of his grandchildren,” Danny said. “The judge started crying during his testimony.”

While in prison, word reached Danny that Art had been stopping by the house to check on his mother.

The man Danny shot, even wrote a letter suggesting his shooter be given an early release.

Brooke again found herself incredulous with her father. “When he was like, ‘I'm going to write this letter,’ us as a family were like, ‘What?’”

But Danny, who had entered the prison system an angry man, was feeling his heart start to soften. While still incarcerated, he began studying Christianity and was ordained as a minister.

“I was in prison the whole time knowing this gentleman had nothing but love for me,” he said.

Still, Danny couldn’t fathom what happened back in the neighborhood after his release.

Danny was leaving his mother’s house, when he saw a truck stopped in the street. “And he rolled down his window and he looked at me and he said, ‘And your name is, young man?’ – and I said, ‘Danny Givens.’”

Art opened the door and got out, then Danny found himself enveloped in a hug. “’I'm so proud of you. I love you. I forgive you,’” Danny remembers Art telling him.

“I will never in my life forget that day,” Danny said.

Art Blakey, the man Danny shot, is now pastor of his own congregation, Above His Name Ministries.

“Forgiveness positions humanity to be its best possible self,” Danny told his flock during a recent Sunday sermon.

Though Art has passed, his daughter says, “He's still teaching, definitely, and will continue to teach.”

Brooke chose her dad, a week before he died, to pin on her badge as she was promoted to sergeant with the Metro Transit Police.

Brooke says her father’s influence is always close by. “I always say, ‘What would Art do,’” Brooke said.

Together, in public, Danny and Art shared their story only once, a 2011 on-stage appearance that ended with the two men embracing.

But on the occasion of Art's passing, we thought the story bears repeating.

If Danny could receive forgiveness from the man he shot, how much better might the world be if the rest of us could also let go?

“My calling in life is who he is,” Danny said.