Landslides are more likely during periods of frequent, heavy rainfalls, which the Twin Cities has been locked in for several days. 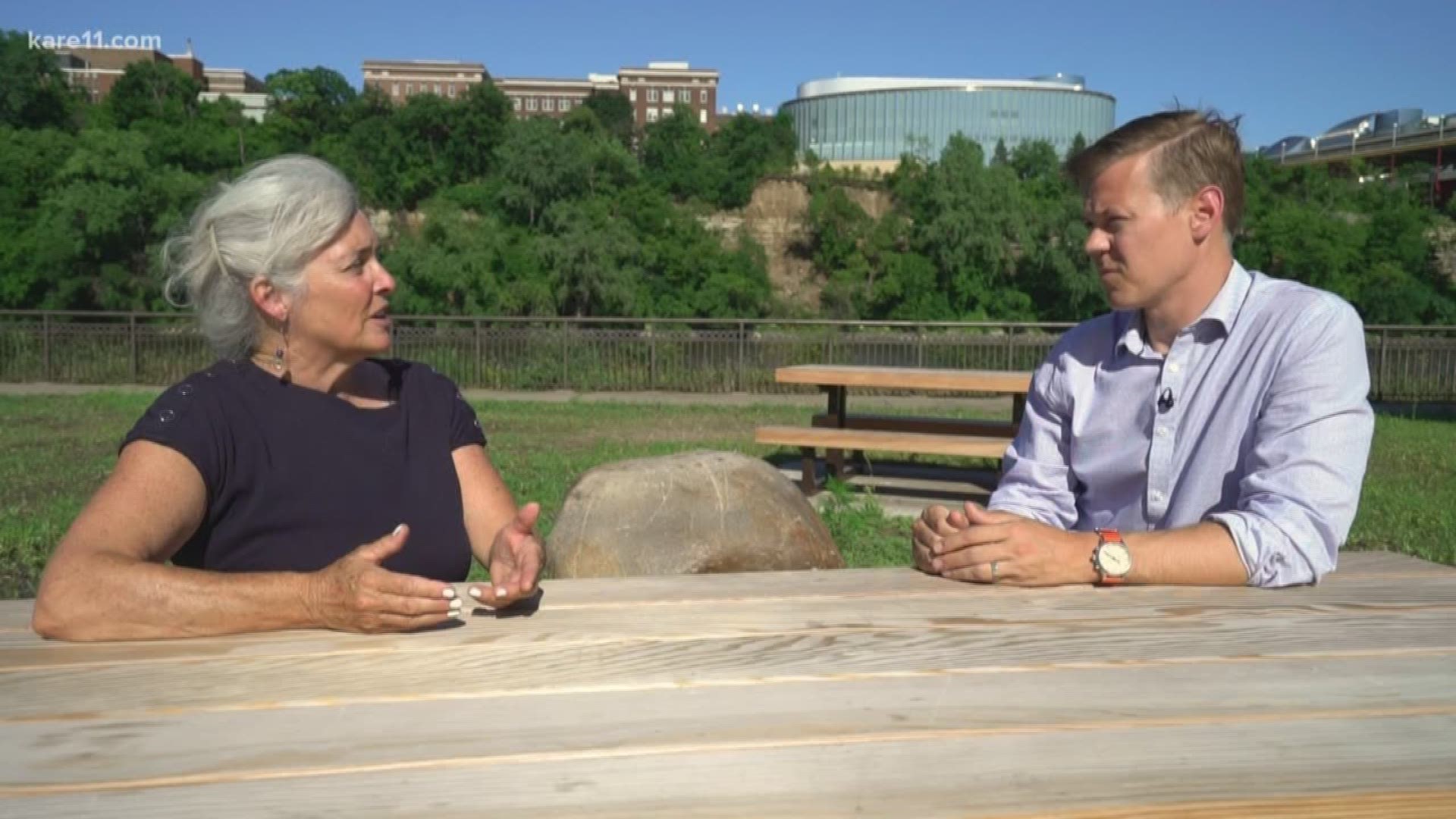 MINNEAPOLIS — A landslide along the Mississippi River on Wednesday morning has forced the closure of East River Parkway, but it's also providing insight to researchers who are attempting to predict similar events.

"Gravity will win, you know there are going to be instabilities," said Carrie Jennings, Geologist for the Freshwater Society. "What we are trying to do is predict where those might occur, by where they have occurred in the past."

Jennings has been studying metro area landslides, and their underlying causes, dating back to the 1800's. Her research was part of a detailed report in the aftermath of the 2014 landslide below Fairview Hospital, and she is still part of an ongoing prediction effort.

"We were finalizing a two year project this morning and then wondering why there weren't slides with this rain event," Jennings said. "And then we got one. I don't want to say we predicted it, but that is what Hennepin County ultimately hopes to do."

To do so, the county is expanding a network of Mesonet meteorological monitoring stations along the Mississippi River west of the metro area. Jennings said the stations have ground moisture sensors and will help better determine how heavy rainfall events contribute to slides.

"We need more dated landslides, so when people see a slide occur, it's helpful for us to know exactly when that happens," she said. "In places like Seattle, they've done this work for 100 years and so they can predict landslides in real time and they even reroute commuter traffic in anticipation of landslides."

She says there are more complicated factors to consider along the Mississippi in the Twin Cities, but she is hopeful they'll begin to have better prediction models soon.

"Because of the intensity of rainfall and greater than two inch rains increasing in number, this seems more likely in the current climate regime," she said.

Jennings says research does show landslides are more likely during periods of frequent, heavy rainfalls, which the Twin Cities has been locked in for several days. If you're planning to be around a river or trails along steep embankments, she recommends looking out for:

You can find more safety tips and warning signs of landslides, here.