Even if you have them on board, you can still be cited if life vests are too small, too old, or too out of reach. 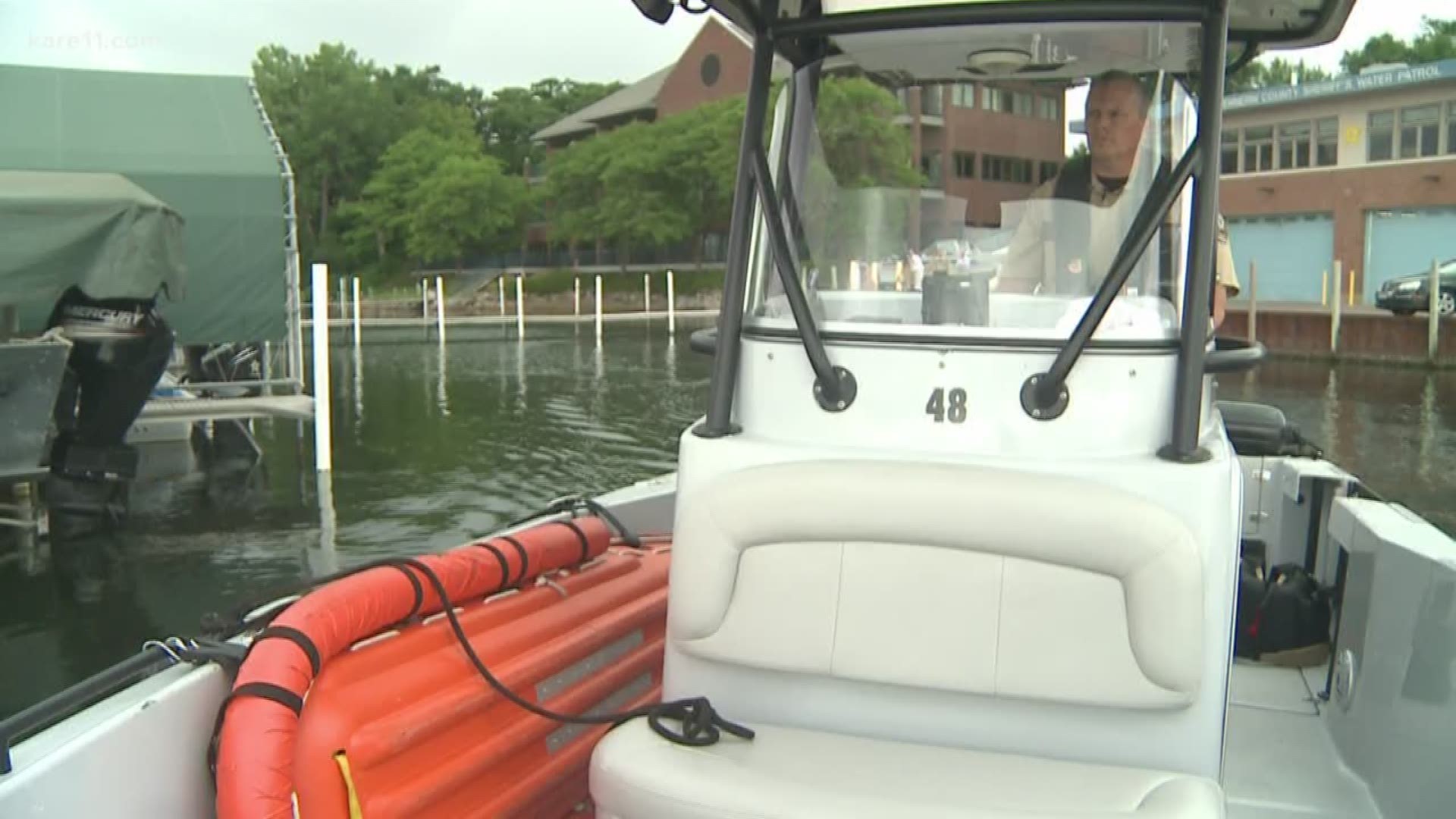 SPRING PARK, Minn. — In 55-years fishing Lake Minnetonka, Tom Opheen has plenty of fish stories, but the story of the time he went overboard, isn’t much of a story at all.

“I was fishing with my son and I wasn’t paying attention and he bumped me in,” Opheen chuckles.

It wasn’t much of a story, because Opheen was wearing his life vest.

After he fell in, he got back in the boat, and kept fishing.

“It’s just something you do, you wear it,” Opheen says.

The same story is being told by another fisherman this week, this time on Facebook, and this time it's a former U.S. Senator.

Saturday morning Norm Coleman told the tale of being tossed into the lake after being hit by another boater.

In the post he says two young girls on the other boat also fell in, and they all made it out safely, because, like Opheen, they were all wearing their life vests.

“I wear mine because of my grandkids. They ask why ‘do I gotta put it on,’ and I say because I put it on,” Opheen laughs. “It makes the argument easier.”

But not every story ends that way.

According to the DNR, there have been 17 boating accidents in Minnesota this summer and four of those accidents ended in death.

In Coleman’s Facebook post he says he could have shared the same fate had he not been wearing his life vest.

That may very well be the case, the DNR says, according to records, the agency says in 90% of fatal boating accidents, the victim wasn’t wearing a life jacket.

“It’s something we look for on every stop we do out here,” Hennepin County Water Patrol Deputy Alan Lange says.

State law says boaters are required to have at least one life vest onboard for every passenger.

The DNR recommends you wear them, but if you’re an adult, state law says you’re only required to have them with you.

Another stipulation in the law states the life vest must also be the correct size for the child.

If the life vest is too big or too small the parent can still get a ticket.

“There are weight restrictions on the life vest and the child needs to fit those requirements,” Lange says.

Boaters can also be cited if the life jacket is too worn out and no longer floats.

If the vest is locked away in a compartment, or underneath heavy fishing equipment, a law enforcement officer could still give you a ticket if they felt the life vest wasn't "easily accessible."

Another common misconception, Lange says, is that throwable flotation devices, such as ring buoys, count as life vests.

State law requires every boat 16-feet or longer to have a throwable flotation device, but Lange says they don’t count as life vests.

“You would still need a separate life vest for every person on the boat. They don’t count towards that total,” Lange says.

A life vest citation will cost you anywhere between $90 and $105 depending on what county you’re in.

For more information on boating laws and restrictions, click here.