One of the most popular residential holiday light displays in the Twin Cities is shutting down permanently, blaming disruption in the neighborhood caused by guests on party bus tours. 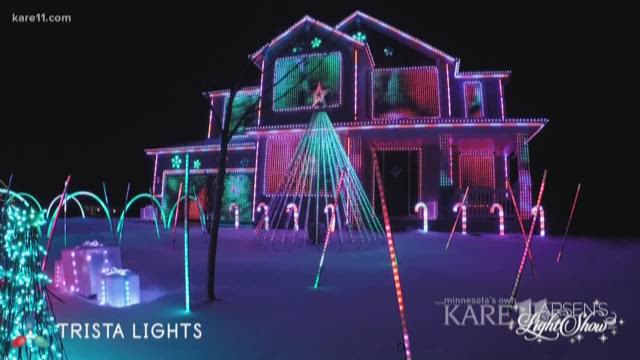 MINNETRISTA, Minn. - With painstaking precision and state of the art technology, it didn't take long for Trista Lights to become one of the most popular and breathtaking holiday light displays in the Twin Cities.

"A production like this doesn't happen overnight. Our house in particular is about three months' worth of work," said homeowner Ryan Kasper-Cook. "Our show definitely goes viral on social media."

With up to 500 carloads of people visiting on a busy night, and with the week before Christmas its most popular time, fans were saddened to read on Facebook that Kasper-Cook suddenly pulled the plug.

"We do this for the joy it brings so many families and kids. And once that joy starts getting disruptive, It's just not worth it anymore," Kasper-Cook said.

With painstaking precision and state of the art technology, it didn't take long for Trista Lights to become one of the most popular and breathtaking holiday light displays in the Twin Cities.

Kasper-Cook and other homeowners with extravagant holiday light displays say they've had a problem this year with the new trend of party buses taking tours to residential light displays.

"The visitors are usually pretty rowdy and intoxicated," Kasper-Cook said.

Kasper-Cook says the loud, drunk guests usually get out of the bus, sometimes walk through yards, and are generally disruptive. After last weekend, he had enough.

Kasper-Cook is shutting down the display at his home for good. And he's putting out a call for common courtesy and respect.

"And just be polite," he said.

Kasper-Cook says he's willing to put the display back up next year, if someone volunteers a different space to do it.