"Living snow fences" along stretches of Minnesota highways are helping trap blowing snow before it reaches the road. 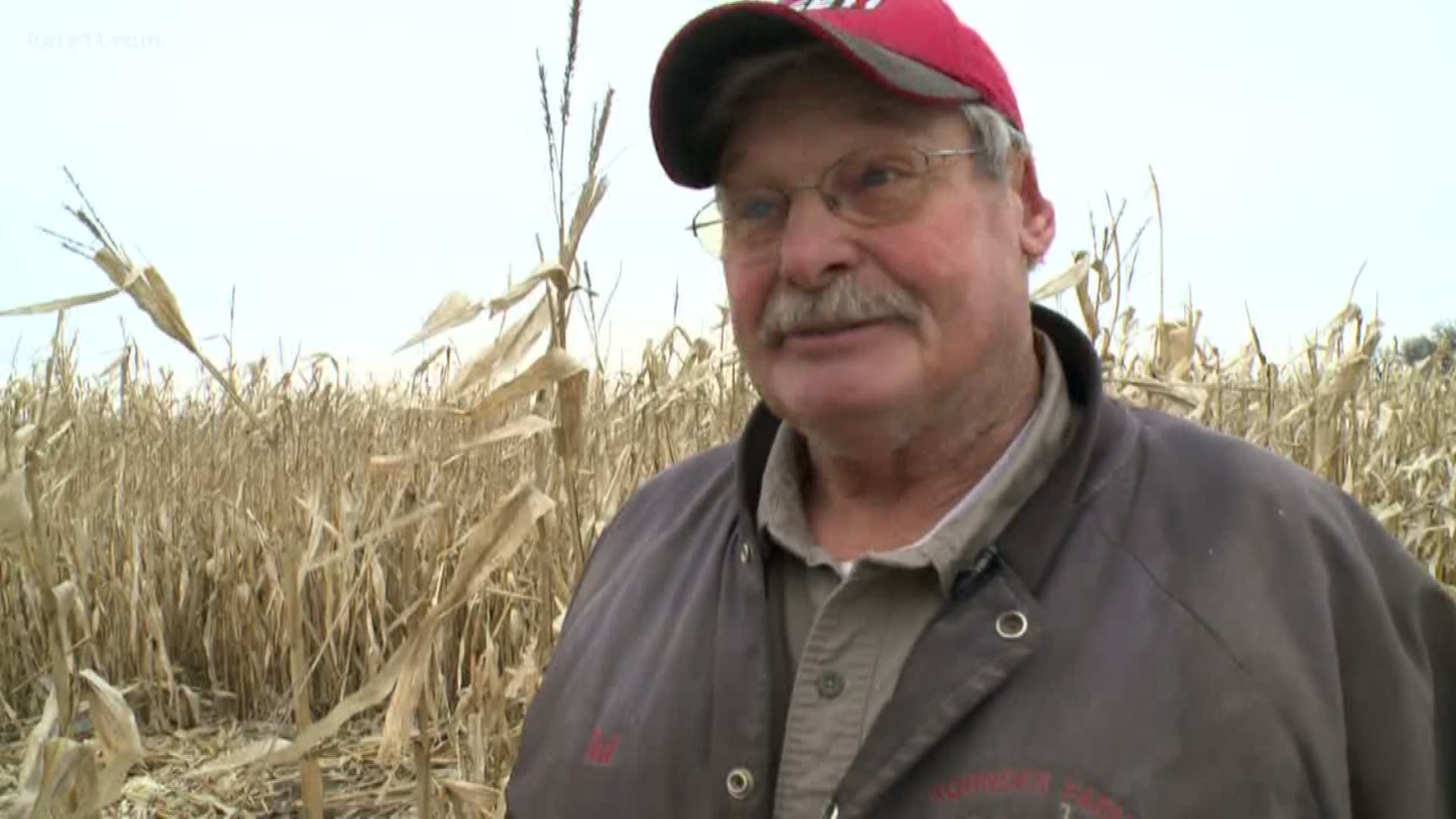 With a winter storm on its way, the Minnesota Department of Transportation uses many methods to help keep the roads clear.

Drivers may not notice it but "living snow fences" along stretches of Minnesota highways are helping trap blowing snow before it reaches the road.

"If we get a bad winter, we should be able to stop a bunch of snow here," said Ted Kornder of Kornder Farms.

"Our farm borders Highway 169 and we have an immense amount of traffic that comes through here," Kornder said.

For the past five years or so, Kornder Farms has partnered with MnDOT's Living Snow Fence program. They leave up 32 rows of cornstalks to help catch the snow and keep it from drifting or blowing onto the highway.

"In the past, I have witnessed where we've had as many as 17 cars in the ditch at one time here under certain conditions. If we can keep somebody on the highway and not in the ditch... why not do it? It's a smart thing to do," Kornder said.

MnDOT traffic safety data suggests that living snow fences can cut down on accidents from snow and ice by 40 percent on roadways with super-elevated curves.

A new pilot program is working to get more private landowners to use snow fences. The University of Minnesota's Center for Integrated Natural Resource and Agricultural Management worked with MnDOT District 8 for more than a year on a snow fence outreach program. According to Dean Current, director of the U of M Center for Integrated Natural Resource and Agricultural Management, they saw a 300 percent increase in the number of standing corn rows after their training. MnDOT is now looking to roll out the outreach program statewide.

MnDOT said the snow fences can not only can improve road conditions and visibility, but cut down on plowing and salt use.

MnDOT pays landowners based on the size of the snow fence. MnDOT has about 3,7000 sites suitable for snow fences. It estimates that if 40 percent of problematic sites had them, the state could save $1.3 million per year in snow management costs.

Kornder said, "People probably don't think about it or whatever but behind the scenes... a lot of people do a lot of things to make life better. So if I can help out a little this way, so be it."