Coach Harv Graczyk changed the lives of many young hockey players throughout the 45 years he's been a coach. Last Monday, his own life changed after an accident on ice. 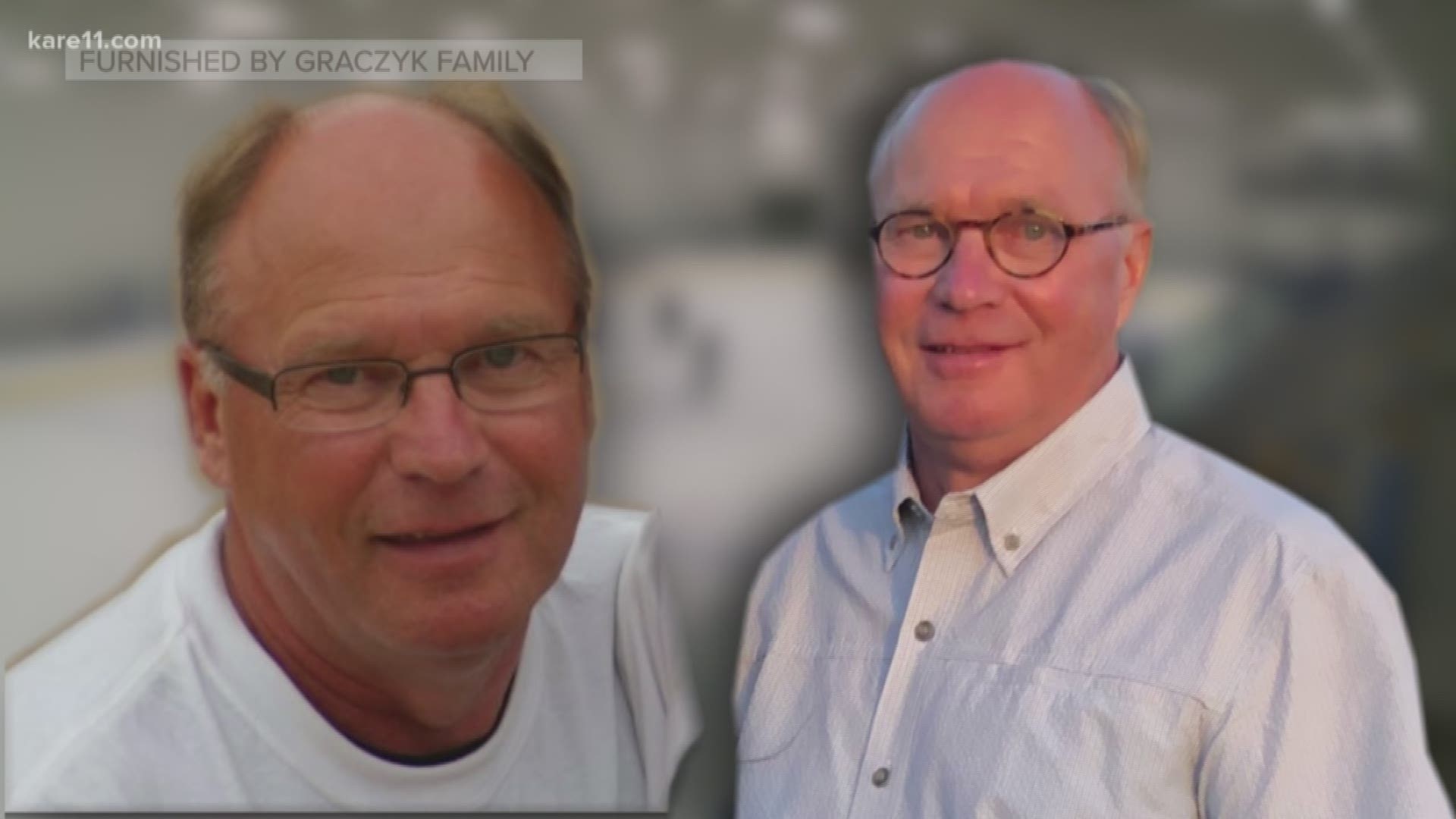 ALBERTVILLE, Minn. - At the home of the St. Michael Albertville Knights and the North Wright County River Hawks, Coach Harv Graczyk changed the lives of many young hockey players.

"I played hockey as a kid, he coached me and my friends throughout youth," Coach Harv's son Blake Graczyk said. "He just kept doing it, he kept doing it. I think this was his 45th year."

On his 45th year of changing young athletes' lives, Coach Harv's own life changed when he received a head injury from an accident last week.

Blake says Harv was wearing a helmet at the time, but did not have it strapped.

According to USA Hockey rules, every youth coach has to wear a helmet with the chinstrap fastened whenever he or she is on the ice. Just this year, the association revised the rules to reflect a 30-day suspension penalty if any coach were to break those rules.

"If you're a coach out there, you want to be sure you're buckling up your chinstrap," Blake said. "So this doesn't happen to you. It's very-- this happened very quickly."

Blake says his father is only beginning his recovery but they're thankful for the outpouring of support from the community.

"I just can't even put it into words, it's been great," Blake said. "Everyone in the community has been so supportive."