Sean Little grew up skating at 3rd Lair Skate Park when it was on Lake Street in south Minneapolis. 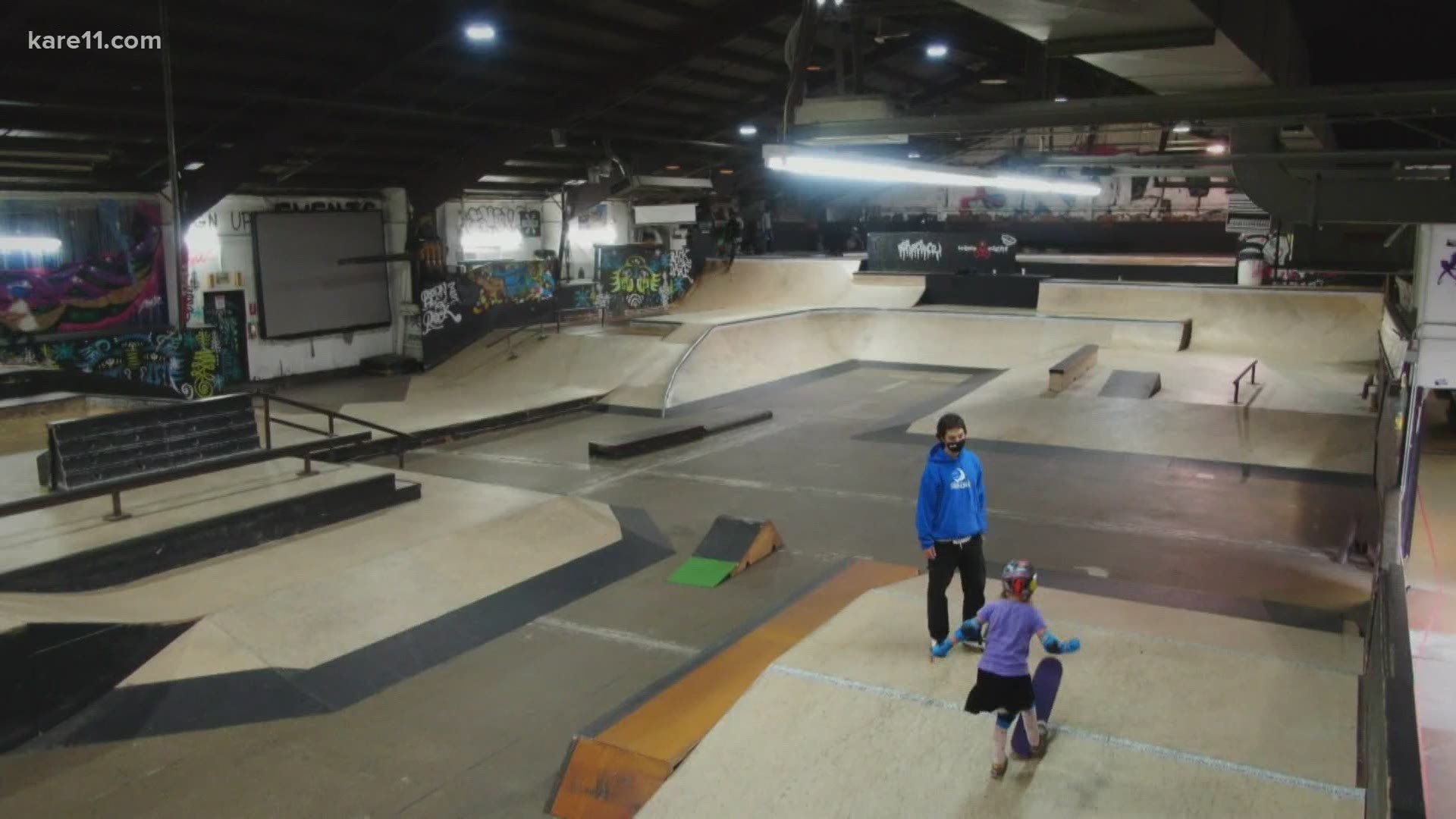 MINNEAPOLIS — Within the walls of 3rd Lair Skate Park and Shop in Golden Valley, you can see the beginnings of lifelong skaters.

"Especially with winter coming, our facility becomes more and more important to the local scene," Owner Mark Rodriguez said. Rodriguez is a skater himself. He said he enjoys being able to work in a field he has always loved.

"As somebody whose formative years were in the mid to late 90s, the whole X Games generation – all that – it was just appealing to myself and I know, a lot of people my age," he said about skating in general.

So when Rodriguez heard about "Tony Hawk's Pro Skater 1 + 2" game launching a remastered version, he went and got it. The game was released just five days ago.

"I think that whole nostalgia to be able to look back at something that played a huge role for us as teenagers – we can relate to it now with our kids," Rodriguez said. "It's cool. I bought the game specifically for that reason. I saw it and I was like, I grew up playing this and it was super fun. I've got three kids who play video games. We played some of the other games in the past and I just remember how easy this was to learn and how fun it was. I got it and my kids love it."

Sometimes a video game is all about a good throwback. This was the reason Sean Little bought the game again too.

"It was playing the game that first got me into skateboarding," Little said. "And I think that kind of happened on a larger cultural level at that time. The popularity of that video game sort of gave skateboarding a new rise in the popular culture."

From the screen to real life, Little found himself frequenting a skate park more and more as a teenager in Minneapolis. That skate park? The one and only 3rd Lair, when it was located on Lake Street.

"This game in particular was important to me because it was a formative game for me when I was a kid," he said.

To Little, the game and the skate park made such an impression that he decided to use the remastered game's creating feature to recreate the old 3rd Lair all from memory.

"Playing the old levels again brought my mind to that time," he said. "things that I hadn't thought about in so long and instantly one of the things it reminded me of was being at the old 3rd Lair and skating around there. One of the features int he game is the 'Create a Park' feature to build something and they give you all the pieces to do it and I said, I'm going to see how closely I can recreate the old 3rd Lair in this game.'"

Nostalgia is one heck of a thing, especially when it's more than just a skate down memory lane.

"It's super cool that somebody who obviously is as much of an adult as I am now, has enough of a memory to be able to put that together," Rodriguez said. "For others to play – it's awesome."

Tony Hawk's Pro Skater 1+2 is available on multiple platforms including the PS4 as well as the Xbox. It has glowing reviews on video game review sites like IGN.