They'd been paying $450 a year for boating insurance, just in case an accident happened. Then, they had an accident - and it wasn't covered. 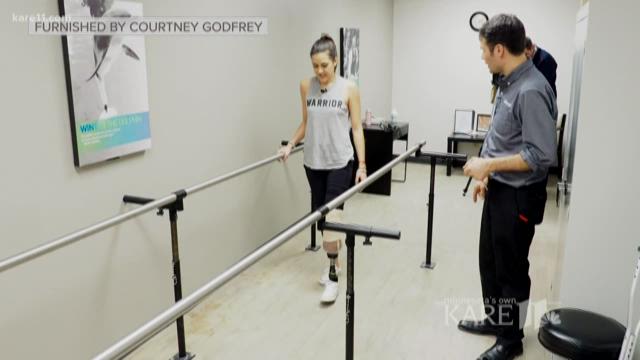 Six months ago, Courtney lost her left leg in a boating accident. The days after were filled with doctor visits, rehab, and calls to their provider; they'd been paying $450 a year for boating insurance, just in case an accident happened.

"My husband was informed that I was not covered for no other reason than the fact that we were married," said Godfrey, a reporter at KMSP in Minneapolis.

It didn't make sense to Courtney.

They had a full Liability Policy with State Farm, an umbrella policy with Geico, yet she wasn't covered in her own boat with her husband driving?

So, Monday at the State Capitol, Courtney led a bi-partisan group of legislators, introducing a bill to prohibit these "family exclusions."

"Let's not look to other states and see what other states are doing, let's be precedent-setting," said Godfrey, standing in front of a group of reporters.

The Insurance Federation of Minnesota does not want to see that happen.

"Most states, 94 percent of the country, they don't allow these type of claims for a very good reason because there's a really high likelihood of fraud and that would really drive premiums higher," said Mark Kulda, the Vice President of Pubic Affairs for the Insurance Federation of Minnesota.

Unlike auto, boating insurance is optional. Kulda says there are three different types of coverage: hull, liability - the one Courtney has, and medical payments coverage.

"If Courtney had purchased 'medical payments coverage,' there wouldn't have been an exclusion. It covers family members inside the boat," said Kulda.

Courtney says, though, their entire group called their insurers and none had their families covered. So, she wonders - if it is offered - why don't insurers tell people?

"'Hey, would you be willing to pay a little more to cover your children and spouse?'" said Godfrey. "The answer would be, 'Of course.'"