According to a press release from the St. Louis County Sheriff's Office, human remains were located at the scene and a man was airlifted to a Duluth hospital. 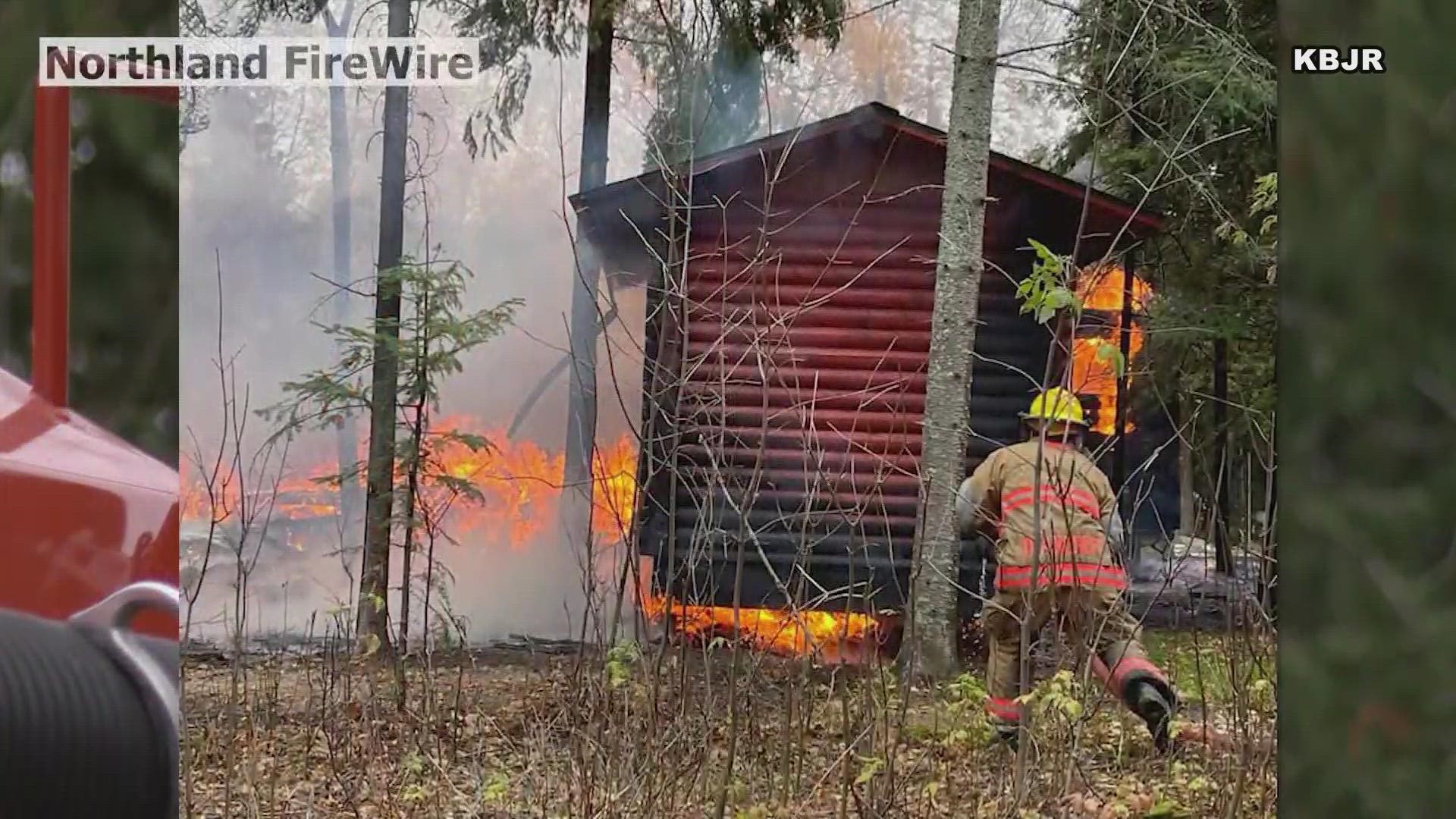 TOWER, Minn. — Officials say one person is dead and another is severely injured after a house exploded early Wednesday morning in Greenwood Township in St. Louis County.

A press release from the St. Louis County Sheriff's Office says first responders were called to a home in the area of the 1700 block of Everett Bay Road on the shores of Lake Vermillion just after 9:30 a.m. Officials were informed that a man and a woman were possibly inside the house at the time of the explosion.

According to KBJR, an NBC affiliate out of Duluth, a badly injured man identified as 72-year-old Michael Gramse of Faribault was located outside the damaged structure suffering from serious injuries. He was airlifted to a Essentia-St. Mary's Hospital in Duluth.

Emergency responders were informed that Eva Gramse was also inside the residence at the time of the incident. Later in the day authorities found what they believe to be her remains inside the home.

Those remains were transported to the Midwest Medical Examiner's Office for an autopsy and official identification.

At this point investigators have not pinpointed an official cause of the explosion.