1 dead, another injured after fire at homeless encampment in St. Paul

Another person was injured in the fire, which took place on the north side of Shepard Road between Jackson and Sibley Streets. 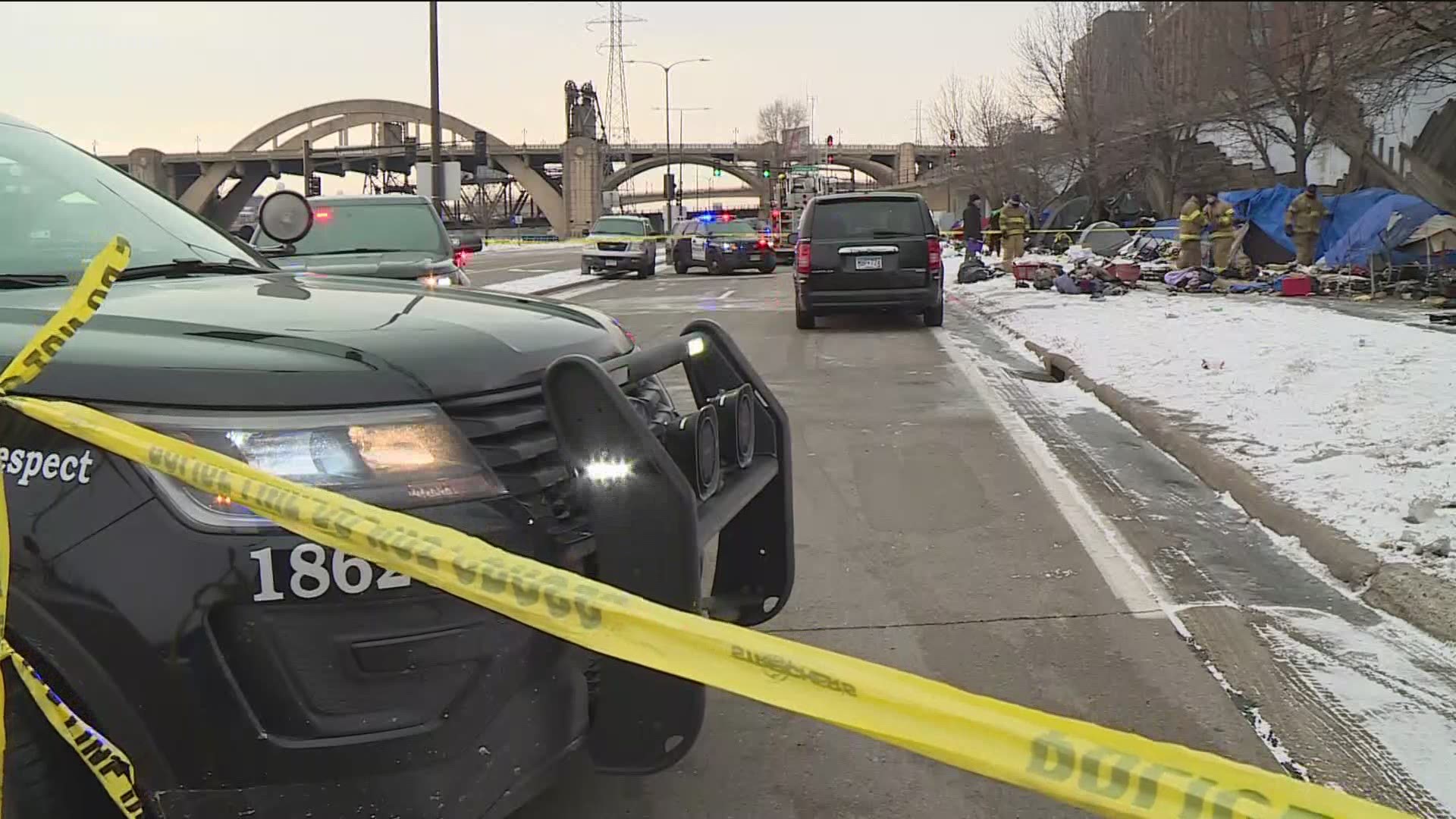 ST PAUL, Minn. — A woman is dead and another person injured after a fire inside a homeless encampment Wednesday morning in St. Paul.

Police spokesman Steve Linders says squads were dispatched around 7:30 a.m. to the encampment on the north side of Shepard Road between Jackson and North Sibley Streets on reports of a fire with injuries.

Officers arrived on the scene along with engines from the St. Paul Fire Department and found a shelter ablaze. The flames were quickly put down and the body of a victim was discovered. Firefighters canvassed the area and found a second victim in a different tent suffering from burns. That person was taken to Regions Hospital.

The Ramsey County Medical Examiner has identified the woman found dead in a homeless encampment on the north side of Shepard Road (between Jackson Street and Sibley) as Janiece S. Williams, 32.

She died Wednesday, Jan. 20. The cause of her death remains under investigation. pic.twitter.com/1PBy0sJzMu

St. Paul police homicide and arson investigators were on the scene, working with fire investigators to determine exactly what happened. A media release from the St. Paul Fire Department says multiple propane tanks and heaters were found near the fire scene, but an official cause was not immediately determined.

Police Spokesperson Linders said there have been no arrests in the incident.