Masks and disinfectant spray guns: How one MN district is preparing for fall

The state has said a decision on whether to return to in-person classes will come by the week of July 27, but many districts are preparing ahead of time. 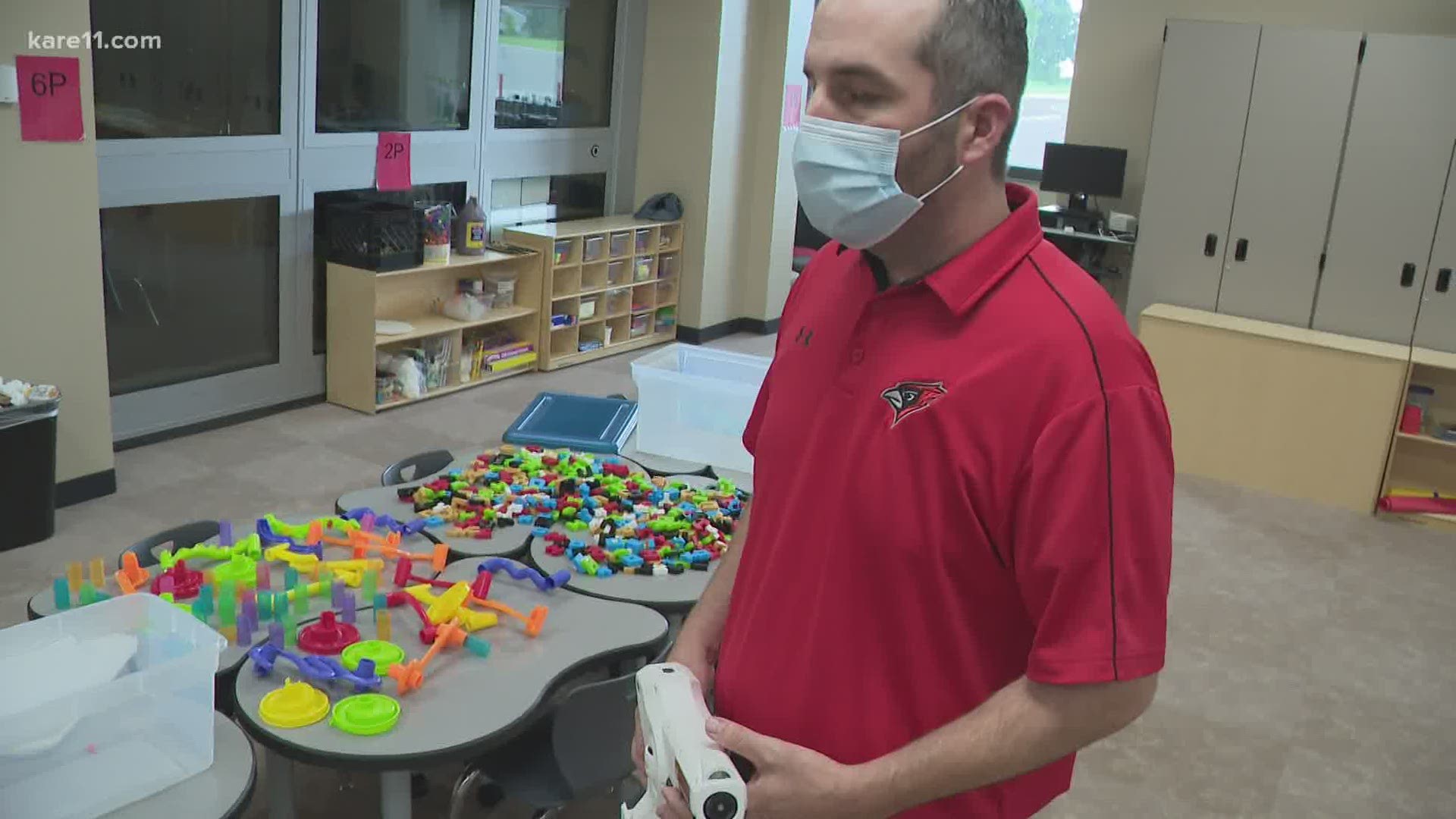 WILLMAR, Minn. — The corner of Aaron Pilarski's office at the Willmar Public Schools district office is stacked with boxes of face masks and hand sanitizer.

"That's about a third of what we're expecting to get," he said of the hand sanitizer.

Pilarski, the building and grounds manager for the district, has ordered 1,500 to 2,000 bottles of hand sanitizer, 35 sanitizer stands, and 10,000 face masks. He's spent about $6,000 on signs promoting hand washing and social distancing. The district is waiting on its order of face shields and Plexiglass shields to arrive.

The supplies will be spread across the district's nine buildings this fall, should students and staff return for in-person classes. The state has yet to announce whether that will happen, students will continue distance learning, or a combination of both. They're expected to release their decision by the week of July 27.

Willmar Public Schools and other districts in the state are preparing for any of the three options.

"You don’t have the luxury of waiting for specific guidelines to come out, because you’re going to be too late on the lead times of the supplies," said Pilarski.

Credit: KARE
Willmar Public Schools uses software to map the square footage of every room in the district.

The Willmar district is using software with maps of every building and the square footage of each room to estimate how many students can fit per classroom with social distancing.

Cleaning time is another consideration. Pilarski said the district is fortunate to have a disinfectant spray gun for each building, which he says cuts down cleaning time by about 75 percent. He bought them about two years ago to help clean during bad flu seasons.

"[I] didn't think at the time it was going to be so valuable now," he said of the pre-pandemic purchase.

Pilarski says he realizes that no matter what decision is made about the fall, not everyone will be happy. But he wants people to know the district is putting a lot of time into planning for any scenario.

"It isn’t that we’re just rolling out whatever. Everything is very much well thought out," he said. "People put trust in their children coming into our buildings and we owe it to them to do our best."

Pilarski says the majority of the supplies the district purchased were funded by money from the federal CARES Act.