The boy pulled the unconscious man from the bottom of the pool and brought him to safety. 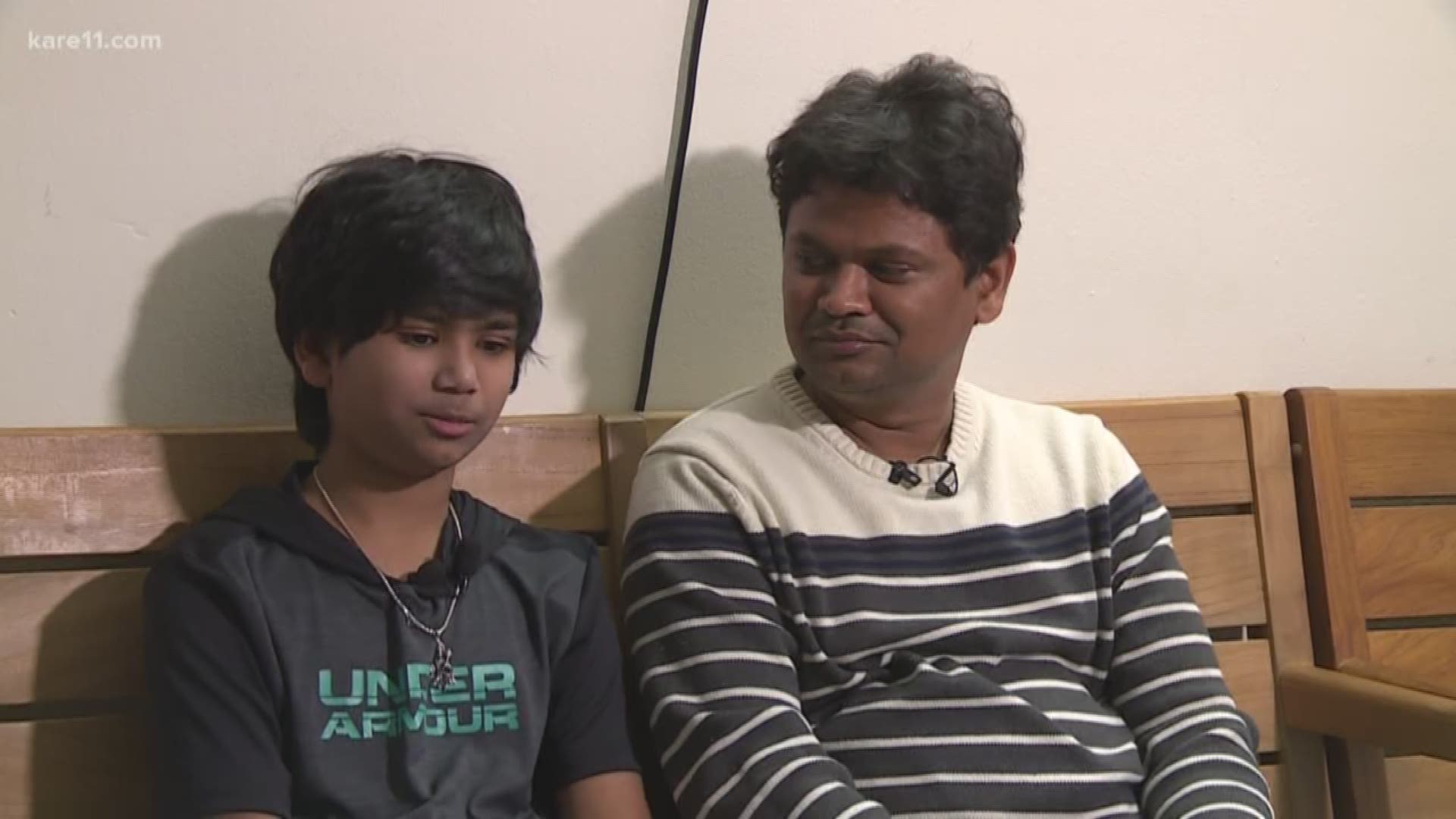 An 11-year-old boy is being called a hero after saving the life of a 34-year-old man, found at the bottom of an indoor pool in an Eagan apartment complex.

According to Eagan Police, officers were dispatched around 7:25 p.m. Sunday to an apartment on the 3400 block of Golfview Drive on a possible drowning.

When they arrived, they found a 34-year-old man who was partially conscious.

Officers say the man was in the shallow end and ventured to the deep end. He then went underwater and didn't resurface.

Police say the only person at the pool who could swim was 11-year-old Advaik Nandikotkur. The fifth-grader jumped in the pool and pulled the man to the ledge, where adults then pulled him out.

Adults at the pool were able to revive the man after a few minutes.

He was transported to the hospital and released a few hours later.

"He just jumped into action and jumped in and saved a guy who was drowning. And literally saved his life," said Eagan Police Officer Aaron Machtemes.

Advaik has been taking swimming lessons since his family moved to Minnesota from India in 2015.

The victim was about 100 pounds heavier than Advaik.

"Mom said to jump in. I said he's probably too heavy but I jumped in anyway," Advaik said.

He grabbed the man's left hand, lifted him and towed him to the edge.

And Advaik's modesty is inspiring.

"He's very calm about it. Just matter of fact. He did what he needed to do. And I think that's really cool that he's just like, yep, I did it," Officer Machtemes said.