"They really saved my life, so I just felt like I needed to do something." 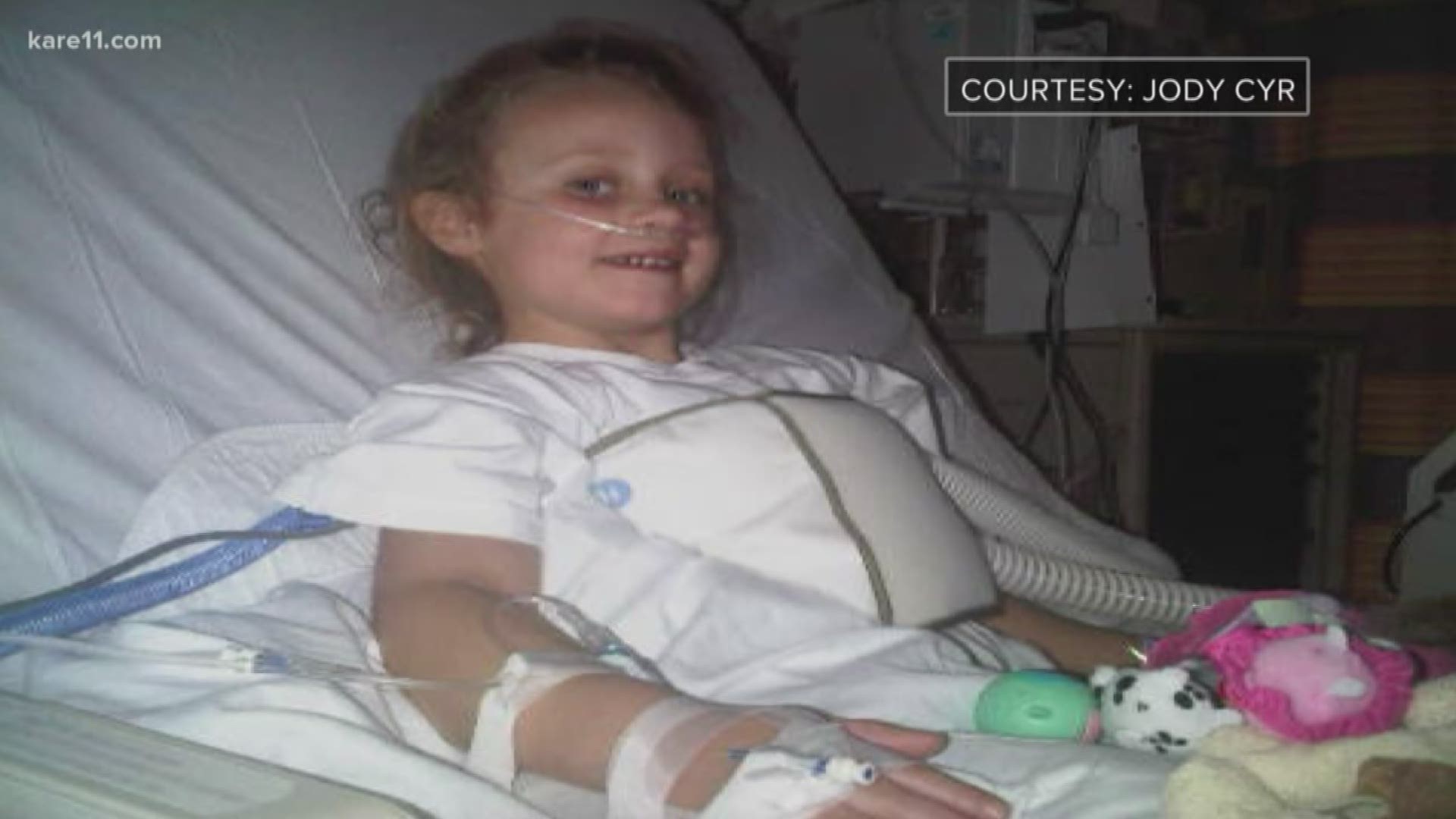 "I remember all the nurses coming in at night to give me my medication," the now 13-year-old recalled.

"She was a healthy kid up until that happened," said Julia's mom, Jody Cyr.

Julia got better, but once she went home, the other kids at Children's were still on her mind.

"I felt sad that I was able to leave and other patients weren't," she said.

So during Thanksgiving 2013 Julia had an idea.

"We were trying to think of something different to do for thanksgiving ... and she said why don't we go and color with the patients at Children's," said Jody.

That trip to Children's turned into fundraising, with Julia raising $467 in just ten days. At the time, she was only seven years old.

She kept going. Holding an annual walk/run event, a pancake breakfast, and garage sales which she dubbed "Julia's Boutique."

Now, at 13 years old, Julia is about to hit a really big number.

Julia is projected to hit the milestone about six years after she first started raising money for Children's.

"It blows you away and it kind of makes you pause and think, 'Gosh. What was I doing when I was 13?' It wasn't raising $50,000 for a children's hospital," said Allie Smulka, with the Children's Minnesota Foundation.

Julia gets to pick which Children's Minnesota program gets the money she raises ever year. This year the money is going to the pain and palliative integrated medicine program.

"They really saved my life," Julia said of Children's Minnesota. "So I just felt like I needed to do something."

You can make a donation to Children's Minnesota here.