'He was always smiling': Family mourns loss of 14-year-old fatally shot at graduation party in Woodbury

Demaris Nathan Hobbs-Ekdahl, 14, was shot and killed Saturday night while attending the party with his older brother. 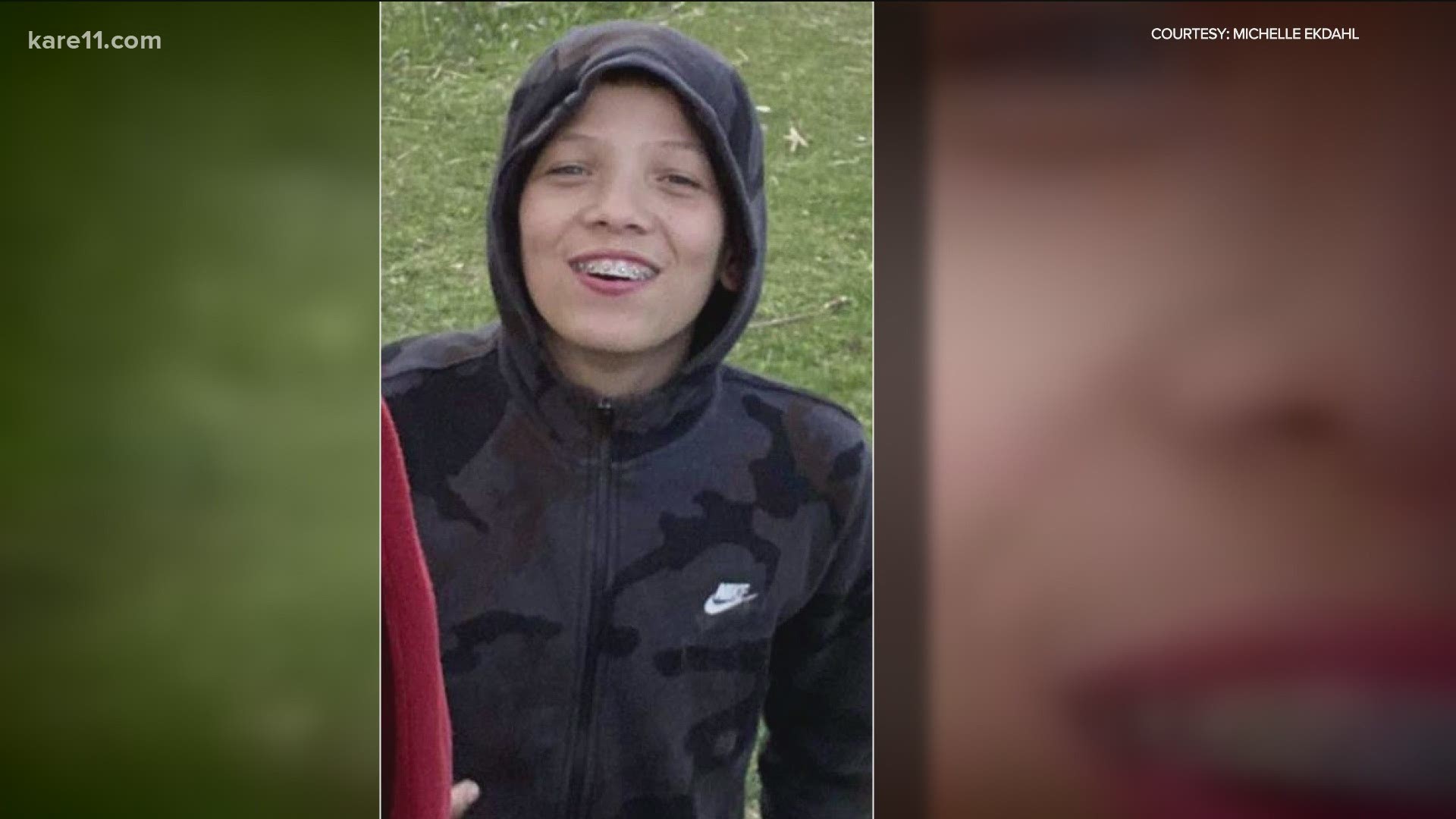 WOODBURY, Minn. — Police say a 14-year-old boy has died after a Saturday night shooting near a graduation party in a Woodbury neighborhood.

Family members identified the teen as Demaris Nathan Hobbs-Ekdahl of Maplewood, who was attending the party with his older brother.

According to Woodbury Police, officers responded at 10:46 p.m. to the 6100 block of Edgewood Avenue after getting a report of people screaming, including one person saying "help me." Dispatchers could hear people screaming in the background before the caller disconnected.

Police said more 911 calls came through with screaming in the background, and some reports that a person had been shot.

When police arrived, they said they found 30 to 40 people at a nearby residence attending a graduation party. Witnesses told police a white SUV was involved and fled the area. Police said a dark SUV or truck is also believed to be involved.

"I don't know what to do. I lost my baby," said Trisha Ekdahl, Demaris' mother. According to Ekdahl, her son was attending the graduation party with his big brother, 16-year-old Davion.

It's unclear what led up to the shooting but Ekdahl said the suspects threatened Davion with a gun at the party. She said Demaris called, scared and wanting to leave.

"He was leaving the scene and they shot the car up and he told his older brother, 'I can't breathe. I can't breathe,'" Ekdahl recalled.

Family members said Demaris' dad rushed him to Regions Hospital but he didn't survive. On Monday, a criminal complaint revealed it was Demaris' stepdad that took him to the hospital. Keith Dawson, 35, has been charged with several felony counts, including drive-by shooting, illegal possession of a firearm and second-degree assault with a dangerous weapon. Dawson is not believed to be the person who shot and killed Demaris.

According to the criminal complaint, a witness said that Dawson, who was driving a Chevy Tahoe, allegedly fired shots into a dark SUV. The occupants in the dark SUV returned gunfire, which hit Demaris in a separate car.

"They didn't even let me say goodbye to him at the hospital. They took him straight to the morgue." Ekdahl said.

Demaris attended Tartan Senior High School in Oakdale and had just finished the ninth grade earlier in the week. Family members say he was always smiling. He played football and loved working on race cars with his uncle.

Sunday night, loved ones gathered at Richard Walton Park in Oakdale to release balloons and remember Demaris. His nickname was "MarMar" and many wore t-shirts to the park that said "Long live MarMar."

During the balloon release, many friends and family members addressed the crowd, including Demaris' grandma who said, "This has got to stop... put the guns down."

"Last night's shooting on Edgewood Avenue resulted in the tragic loss of a 14-year-old boy, and our hearts go out to his family," wrote Woodbury police spokesperson John Altman in an email. "Detectives worked tirelessly through the night investigating the case and will continue to work on developing leads."

Police said several houses were hit by gunfire, but residents are believed to be unharmed.

Woodbury officers said they are canvassing the neighborhood and interviewing witnesses. In a press release, the Woodbury Police Department said officers are "aware of other scenes in neighboring Maplewood and Oakdale, in which there are vehicles that are believed to be involved." Those incidents are also being investigated.

Woodbury Police said the Minnesota Bureau of Criminal Apprehension will assist in the investigation. Police have not announced any arrests but Altman told KARE 11 they do have leads on suspects.

A GoFundMe page has been set up to help his family with funeral expenses.