Henry Long won a paid internship along with tickets to the popular show. 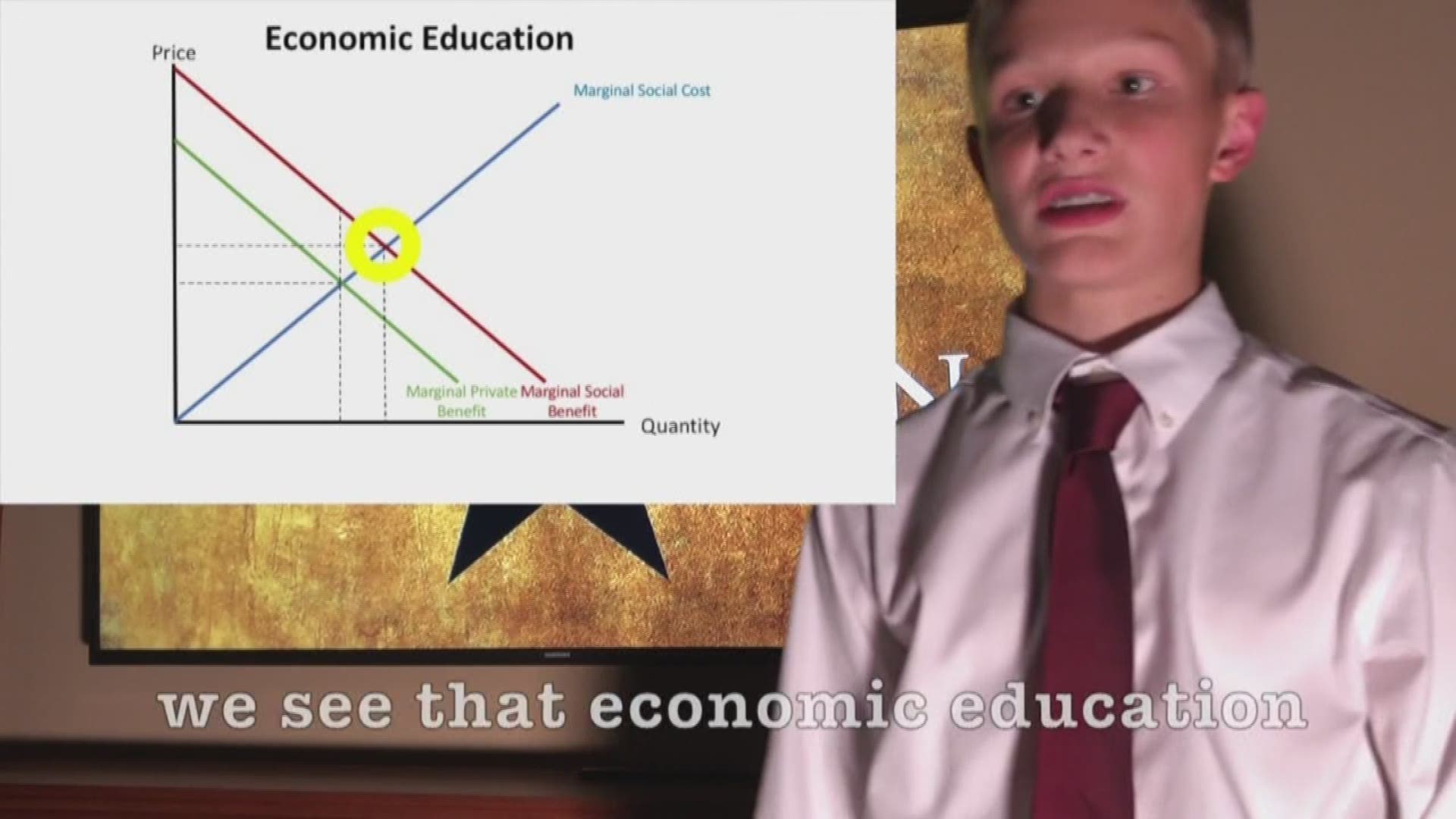 Henry Long, 15, a budding economist and sophomore at Eagle Ridge Academy in Minnetonka, made the prediction in his entry to the Federal Reserve Bank of Minneapolis’ “Hamilton”-themed social media contest, and it turns out, he was right.

His own revolutionary dream will begin, after Long won a paid internship at the Minneapolis Fed, along with tickets to see the show. He recalls the moment the found out he was the winner at school.

“I was going to fifth period next and I couldn’t tell any of my friends in fifth period, it was pretty exciting,” said Long. “The Hamilton tickets are going to be super fun, having a good time with my sister, but hoping the internship gives me an opportunity to learn more about economics and how it is applied.”

Long was among 32 entries into the Minneapolis Fed’s student social media contest inspired by Alexander Hamilton, the nation’s first secretary of the Treasury behind the creation of the United States’ first central bank.

According to the Minneapolis Fed, students in the Ninth Federal Reserve District were challenged to share their own bold ideas to improve lives and the economy in their communities on social media using the #Hamilton4All hashtag.

Henry’s idea detailed a plan to subsidize economic research and require economic education. His spelled out his innovative idea to the tune of “Hamilton’s” opening number, and his “combination of creativity, artistry, and content is what convinced judges in the Minneapolis Fed’s Public Affairs department to select Henry as the winner.”

“Henry is a really diligent kid, anything he sets out to do he tries to do with excellence which is fun to see,” said Paul Long, Henry’s father.

Henry studies economics in his spare time, and even is studying to take AP exams in economics later this spring.

“I was interested in understanding how people interact in society, kind of how they relationships work in society,” he said. “It’s just something that is really exciting for me.”

He plans to take his sister Greta to the show on October 4.