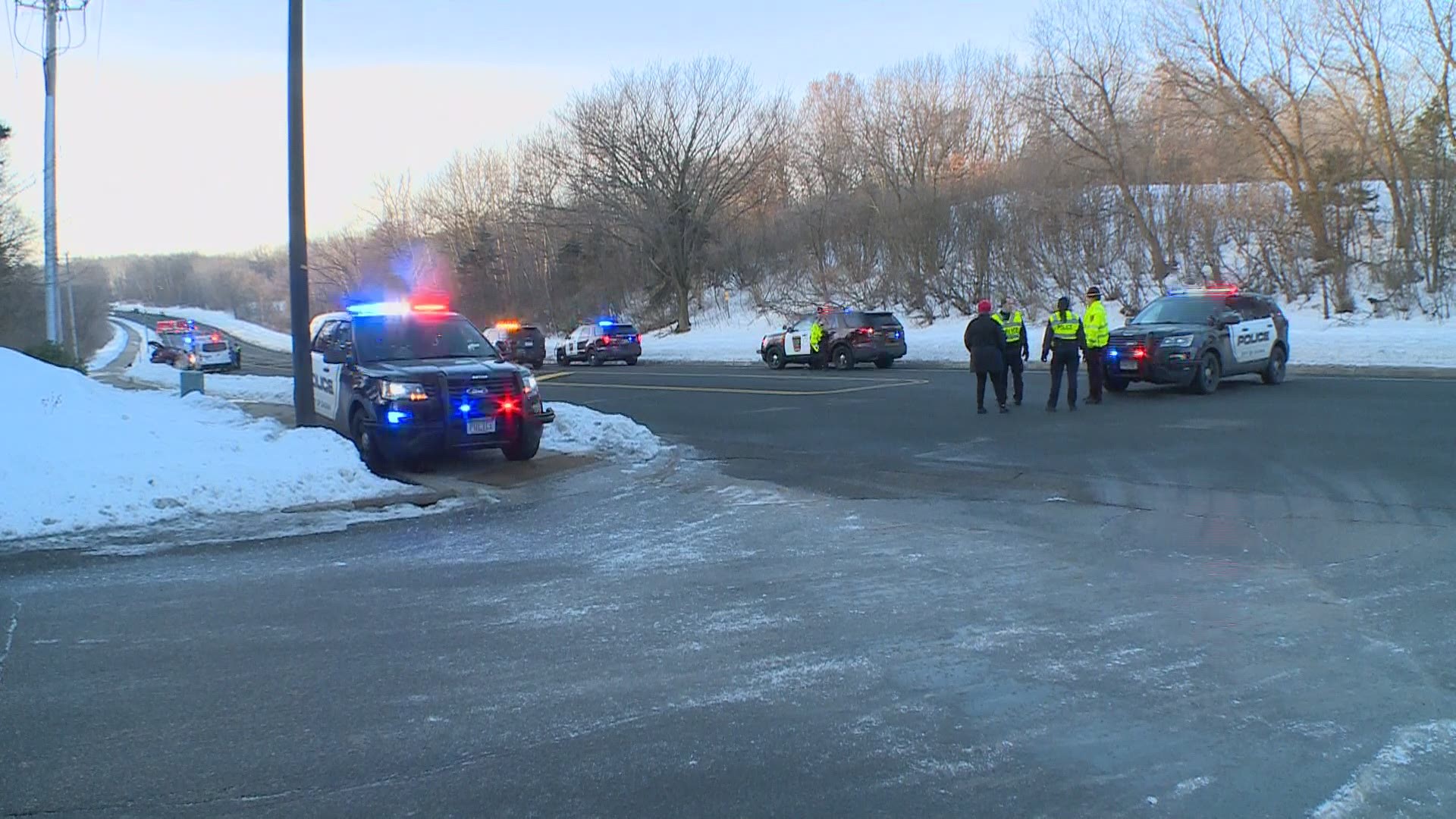 It happened on Johnny Cake Ridge Road at Sherwood Way just after 5:30 a.m.. A tweet from Eagan Police says two vehicles collided, and both drivers were found unresponsive by responding officers. Both were pronounced dead at the scene.

The victims have been identified as 33-year-old Cory H. Hoesley of Hudson, Wis., and 66-year-old Pamela Ann Schmidt of Apple Valley.

Police say there were no passengers in either car.

Eagan Police spokesman Officer Aaron Machtemes says it was a head-on collision between two SUV-like vehicles that occurred in the northbound lane. He says it is too early to say which driver was at fault.

Johnny Cake Ridge Road will be closed for several hours while the fatal crash is reconstructed by the Minnesota State Patrol reconstruction team and cleaned up. Eagan Police will release more information later on Monday.

Road conditions were reported as icy in some spots this morning due to the big weekend melt, but at this point it is uncertain if weather played a part.