'21 Days of Peace' campaign in Minneapolis continues into weekend

Community and church leaders say their work is even more urgent after the shootings of three children in the city. 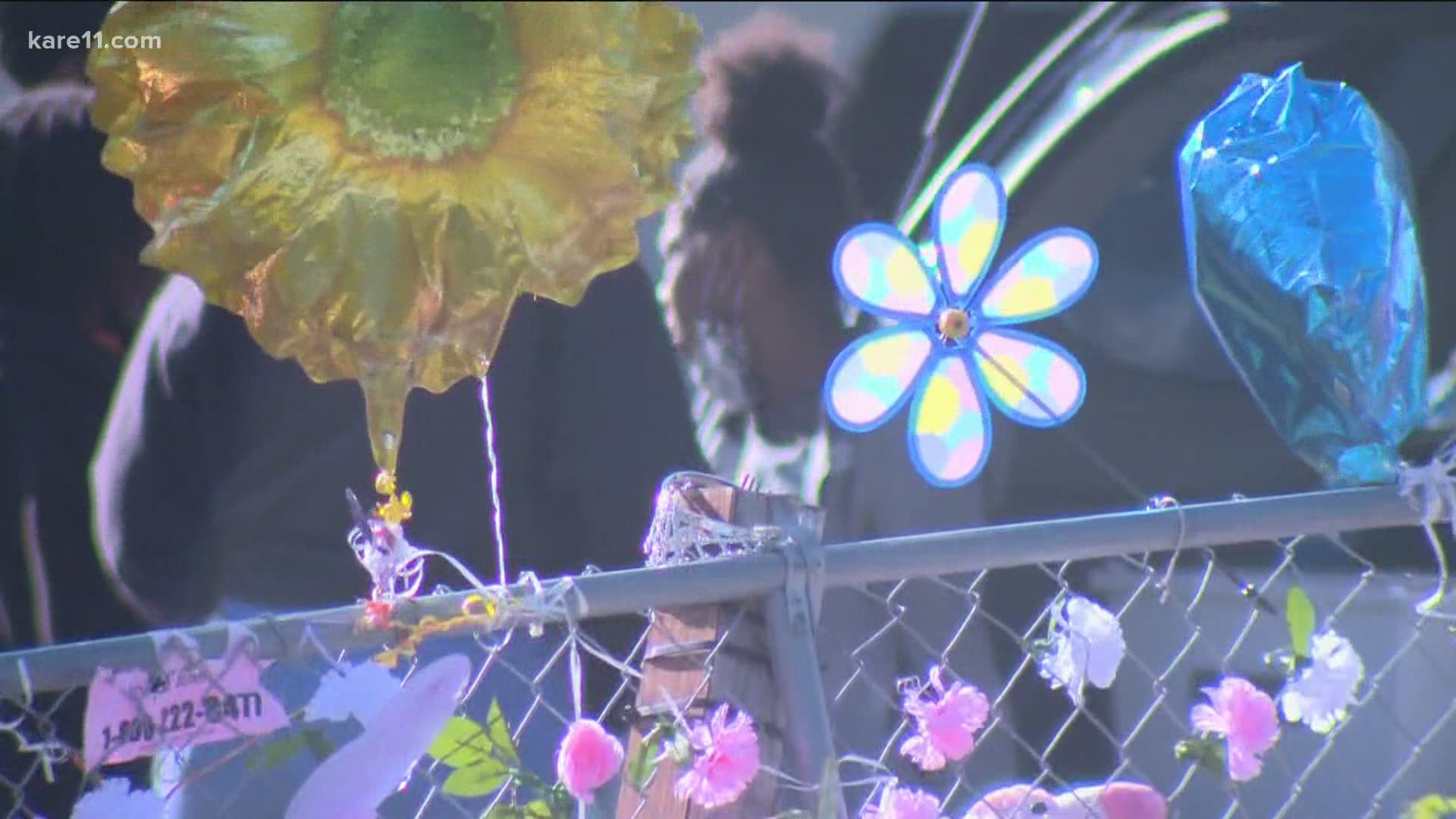 MINNEAPOLIS — Scott Anderson Sr. looked at the crowd near Lyndale and Broadway in North Minneapolis on Friday night and saw strength in numbers.

A few hundred church leaders and community members – including Anderson’s anti-violence group, “A Mother’s Love” – gathered in a grassy area near the busy intersection for a prayer vigil around 6:30 p.m., before heading out to patrol various neighborhoods on the North Side.

It’s the fifth night of a “21 Days of Peace” campaign.

And it appears to be making some progress.

The “21 Days of Peace” efforts launched on Monday, placing community patrols at so-called “hotspot” crime areas like Lowry and Logan with the full blessing of Minneapolis Police and the state’s Department of Public Safety.

This work has become even more urgent with the recent shootings of three children. Ten-year-old Ladavionne Garrett remains in the hospital, while nine-year-old Trinity Ottoson-Smith’s family announced Thursday night that she passed away due to her gunshot wound to the head. Six-year-old Aniya Allen, the granddaughter of a well-known peace activist, also died last week.

Heading into another weekend in Minneapolis, community leaders are calling for peace. Two different events right now are being held for victims of gun violence, including two young children who have died in recent days. @kare11 pic.twitter.com/gYoStx4sZm

Allen’s death near Penn and 36th Avenue in North Minneapolis prompted a separate event on Friday night, held at the intersection where she was shot. Michael Smith, a community organizer, called the shootings of children “reckless” and called for an end to the violence.

“We obviously know we have an uphill climb,” Smith said. “So, at this point, we just need to be focused on this being a daily journey.”

Scott Anderson Sr., who works on next-level life skills with young men at A Mother’s Love, said he hopes the 21 Days of Peace campaign will help intervene before shootings happen.

“Right now, it’s neighborhood on neighborhood,” he said. “It’s the dumbest thing I’ve ever seen in my life.”

And these community groups plan to patrol their neighborhoods as long as it takes.